NEWTON TOWNSHIP, Pa. — The Camp wildfire burning in Northern California is hitting very close to home for a woman from Lackawanna County. The California h... 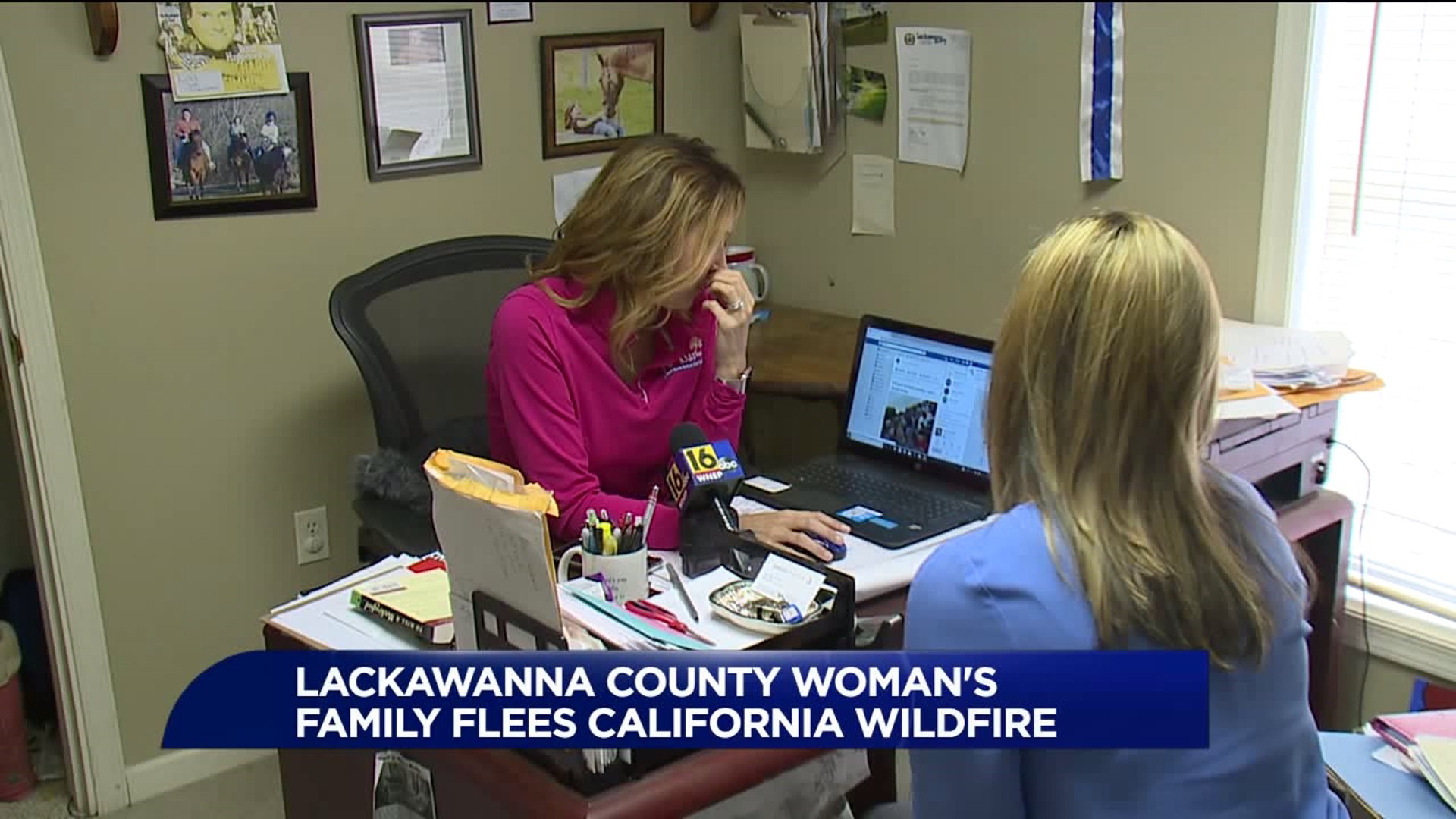 NEWTON TOWNSHIP, Pa. -- The Camp wildfire burning in Northern California is hitting very close to home for a woman from Lackawanna County.

The California house she grew up in burned to the ground and her family among the thousands who fled the fire.

April Kemp is the founder of Marley's Mission near Clarks Summit. Before growing roots in Northeastern Pennsylvania, she grew up in Paradise, California. It's a place she describes as quaint, quiet, and covered in pine trees.

"Lake Wallenpaupack may have more going on than Paradise, California. They just got their first Starbucks last year," Kemp said.

Last week, April was scrolling through Facebook when she saw a post from an old friend who was forced to flee her home in California because of the Camp wildfire. She spent the rest of that day desperately trying to reach her family as they, too, were fleeing. She finally got her brother-in-law on the phone.

"For about six hours, there was no communication. He kept calling me, I kept calling him, and at one point I could hear in his voice that he was just scared."

April's parents, siblings, and their families were able to escape safely. A neighbor went back to their street earlier this week and posted video to YouTube. In it, April spotted her childhood home, now just a driveway and an empty lot.

"My parents are unsure. They've lost everything, they don't know if they want to go back and rebuild, what they should do."

There was one bright spot this week -- a volunteer group was able to rescue a family dog, Samson, who had to be left behind in the evacuation.

With dozens of people already confirmed dead and hundreds still missing, April is focusing on how lucky her family is.

It may take years for her hometown to find a new normal.

"I think if you're able to have an imagination and to think of Scranton, Scranton to Wilkes-Barre and surrounding areas being wiped off the map. That's the best way I could probably put it."