CARBONDALE TOWNSHIP, Pa. — A family who lost their home to fire is trying to pick up the pieces. While investigators attempt to piece together what happen... 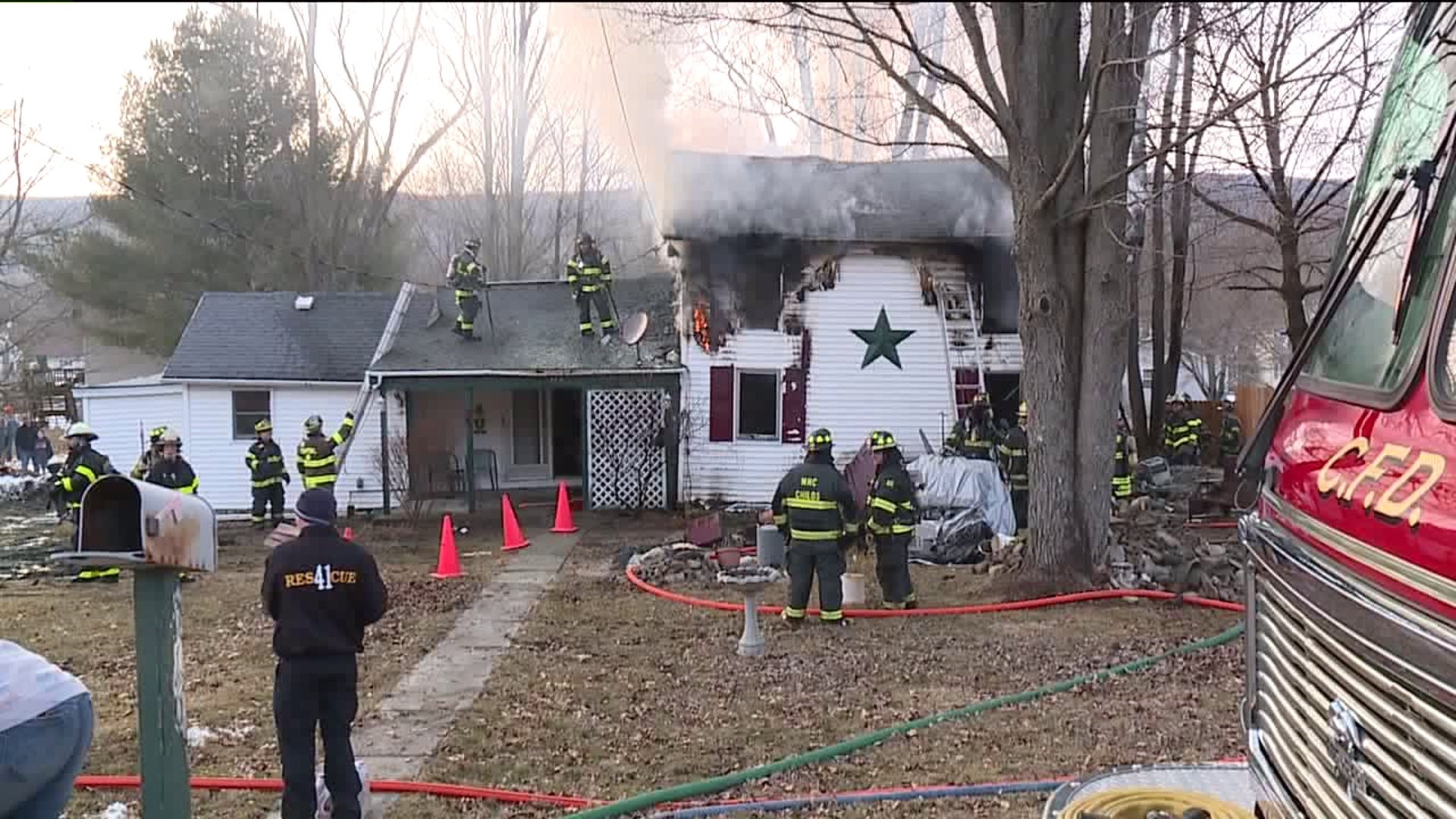 CARBONDALE TOWNSHIP, Pa. -- A family who lost their home to fire is trying to pick up the pieces.

While investigators attempt to piece together what happened, the Miller family says they are trying to move forward.

"First time I saw it, it was breathtaking. I was totally gassed. It took the wind right out of me," said homeowner Jason Miller.

Jason and Tricia Miller were out of town Saturday when they got the devastating news. Their home along Center Street near Carbondale--and all the memories inside--had gone up in flames.

"I'm an out-of-state truck driver. I was on a layover run in Buffalo," Miller explained. "My wife called--I was in the hotel--and said the house was on fire, and I had to wait before I could even come back."

While some of the Miller's belongs on the first floor survived the fire, the second floor is a total loss. They have the clothes on their backs. Everything else went up in smoke.

"To look at my children's bedrooms as a pile of ash, where they laid their heads down to go to sleep and played their videos, where we say our prayers at night time. It's gone."

While the Miller family admits they are devastated by the loss of their home, they say the community outpouring has been overwhelming.

"Tragedy brings the community closer. I hate to say it, but it's true," Miller said. "Moving forward, I hope and pray in the future if we're ever in the position to help another person like we've been helped how willing we would be."

Despite losing nearly everything, the Millers are focused on moving forward, and they're just thankful no one was home at the time.

"We have each other, we have our children, and we have the support of our community and family, and I wouldn't trade what we have for anything, in spite of the loss we have occurred."

Investigators say the fire does not appear to be suspicious. A state police fire marshal is expected back Monday to try to determine a cause of that fire.

An online fundraiser has been set up for the Miller family. If you are interested, you can donate here.