DUNMORE, Pa. — Dunmore native Vic Fangio has been an assistant coach in the National Football League for 32 years. On Wednesday, he was hired as head coac... 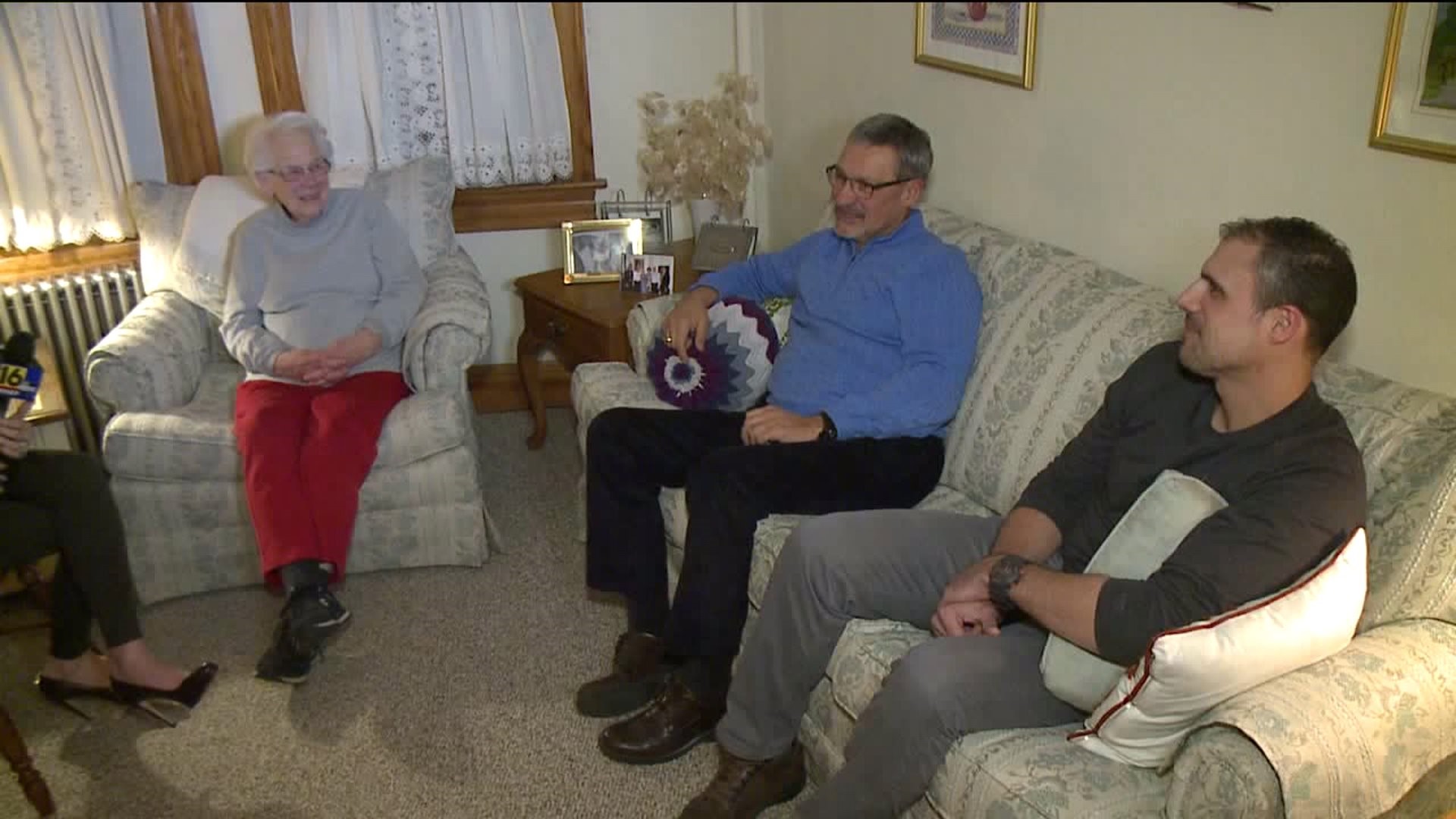 DUNMORE, Pa. -- Dunmore native Vic Fangio has been an assistant coach in the National Football League for 32 years.

On Wednesday, he was hired as head coach for the Denver Broncos, his first head coaching job. His family in Lackawanna County is beaming with pride.

It was all smiles inside Fangio's childhood home along Electric Street in Dunmore.

His mother, 91-year-old Alice Fangio, was the first to get the call when her son was named as the Broncos head coach.

"He said he was chosen for the job and said he was gonna go out there," Alice Fangio said. "I was thrilled for him and wished him luck and hope it turns out."

Fangio worked as an assistant coach for decades in the NFL, most recently as the defensive coordinator for the Chicago Bears, but his coaching career actually began at Dunmore High School.

He played for Dunmore Coach Jack Henzes in the 1970s, and after college, he coached with Henzes, too.

"My uncle always says he'll always refer to himself as being a Dunmore guy--meaning a tough, hard-nosed, just a guy that grinds it out and gets the job done--and even when he comes back, he'll go see Coach Henzes and see how the team is doing and help out a little bit, and it's just really in his DNA," said Cory Fangio, Vic Fangio's nephew.

Fangio comes home to visit his family often in the offseason. His older brother says much of the man he is today is a credit to his upbringing in northeastern Pennsylvania.

"It's the work ethic, and it really is. He's just a hard-working man. He really is, and he doesn't like to lose, so he works really hard at winning," said his brother Martin Fangio.

His mother still keeps a shrine of sorts as a reminder of where her son has been and what he's been able to accomplish.

When Fangio was the defensive coordinator for the San Francisco 49ers, he helped lead them to Super Bowl XLVII. And his mother was right there on the sidelines.

"I was giving him his plays, but he didn't listen to me, and they lost," she said.

Win or lose, his family in Dunmore supports him and is looking forward to watching him in Denver.

"Very proud of him to know he finally got something he really wanted," Martin Fangio said.

"I email him congrats, and if he loses, I don't say anything," Alice Fangio said.

The Denver Broncos will officially announce Vic Fangio has their new head coach in a news conference scheduled for Thursday.

One of his brothers lives in Colorado, and his family here is already planning to go see a game or two in person.