THORNHURST TOWNSHIP, Pa. — In the fairy tale, Goldilocks upset the three bears by eating their porridge. In Lackawanna County, a hungry bear got a bit of ... 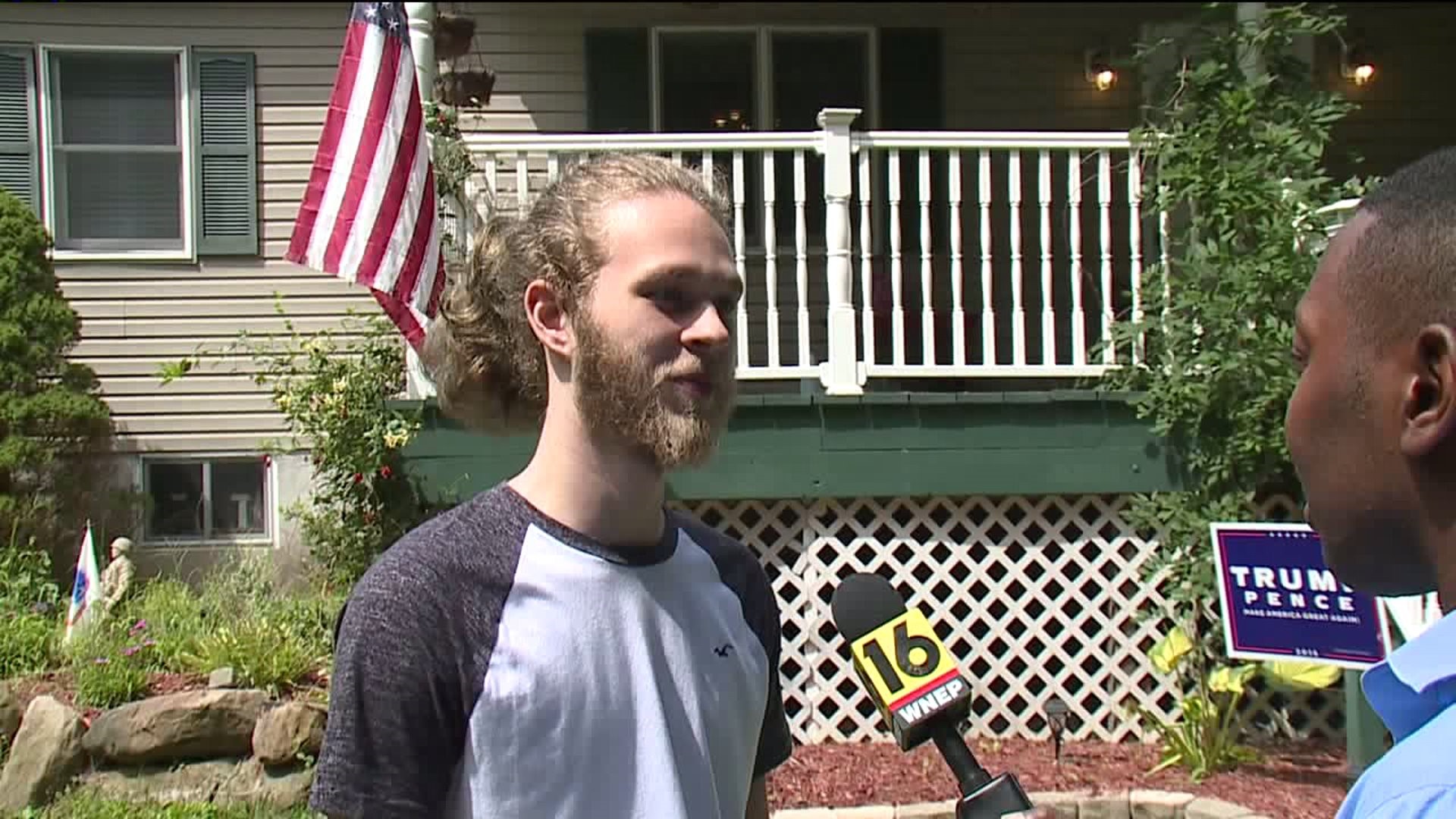 THORNHURST TOWNSHIP, Pa. -- In the fairy tale, Goldilocks upset the three bears by eating their porridge.

In Lackawanna County, a hungry bear got a bit of revenge by swiping a box full of dog food right off of a homeowner's porch.

Aidan Newman, 18, was just arriving home on Wednesday afternoon to pack up for college when he noticed a bear in his yard. He says that bear spotted a box filled with dog food and treats on the front porch and decided to dig in for a snack.

Newman thinks that bear may have been casing the home since the delivery driver dropped off the boxes from Chewy earlier that day.

"Essentially, me and my girlfriend got out of the car and she looks over and says, 'There is a bear,' and I look over and it is probably a 2-to-3-year-old cub standing right there looking at us and we go in and I tell my parents and they say it was on the porch before," said Newman.

The family looked out the front door and saw the bear dragging a box off the porch and into the woods.

"Since we have Chewy deliver our food, he came back on our porch when we came inside and started munching on it by the tree line."

The bear's midday treat was caught on the home's security camera.

Newman showed us the box the bear ripped open.

Who may not have been amused by the bear's actions? Cleo the golden doodle and Bella the St. Bernard.

Officials from Chewy saw the video and decided to hook up the family with a free box to replace the one the bear got into.

"I have never seen a bear do that before, so it was pretty crazy that we caught it on camera."

Newman says from now on his family plans to take in the deliveries from Chewy more quickly so the bear doesn't end up as a repeat offender.