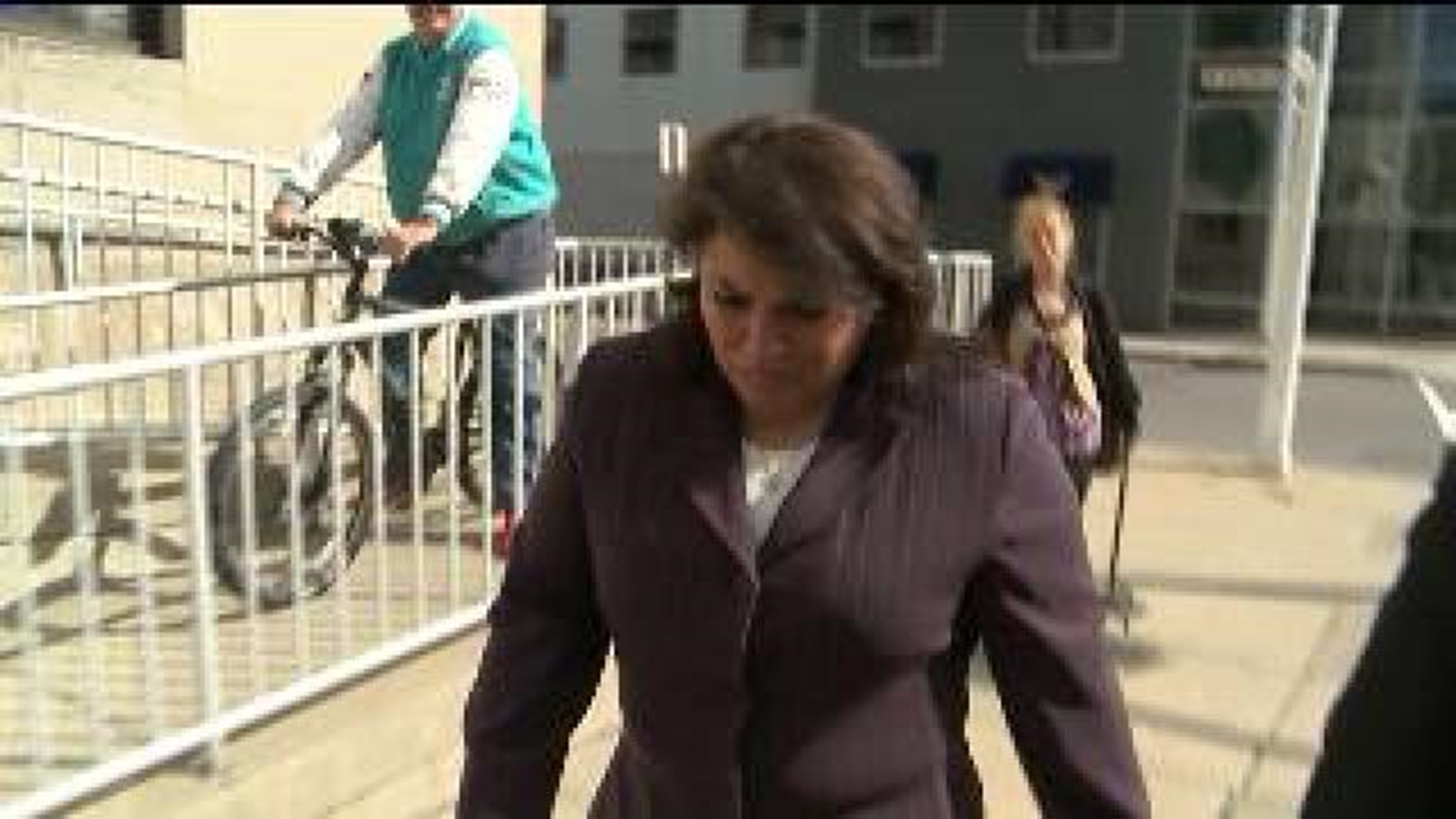 Danielle Ross was sentenced to 12 months in prison and must pay restitution of about $63,000.

In December 2013, she pleaded guilty to attempted tax evasion.

The former family court lawyer from Lackawanna County who pleaded guilty to federal tax charges will now spend a year behind bars.

She was greeted at federal court in Wilkes-Barre by protesters.

Danielle Ross of Jermyn was a guardian ad litem - an attorney for family court - in Lackawanna County until last year. That's when federal prosecutors filed tax charges against her.

She's now going to prison and owes tens of thousands of dollars in unpaid taxes.

Ross was hounded by protesters as she entered federal court.

According to court papers, Ross paid taxes on her base income as a Lackawanna County family court lawyer but did not pay taxes on the $202,000 she earned from extra billing hours.

As a family court lawyer, Ross was appointed to represent the best interest of children in custody cases.

At one point there was an investigation into possible corruption within Lackawanna County family court.

"What about the invasion of the lives that she's impacted and destroyed during her conduct that she was in control of small children?" asked Joann Bender Hunting of Scranton.

Ross only faced the federal tax charges.  In court she told a judge she's ashamed and regrets what she's done.

Her lawyer says she's studying to get her doctorate which will be on hold while she's in prison.

"It is more than we were looking for, very disappointed. We thought the circumstances were appropriate for a much lesser sentence. I disagree but obviously respect Judge Caputo's decision," said David Solfanelli, attorney for Danielle Ross.

Ross is suspended from practicing law, but in court she and her attorney made it clear she wants to work as a lawyer again someday.

Despite the protesters, some people in court agree she should go back to work.

"I was hoping for home confinement today. Maybe they'll do a motion for reconsideration because I think she's really done a lot for conflict and divorce cases that have to do with child custody issues," said Lee Morgan of Scranton.

Ross is free on bail.

She has until May 12 to surrender.