SCRANTON — Scranton’s mayor is being challenged in next month’s election after serving one term and he faces a familiar opponent. Voters in Sc... 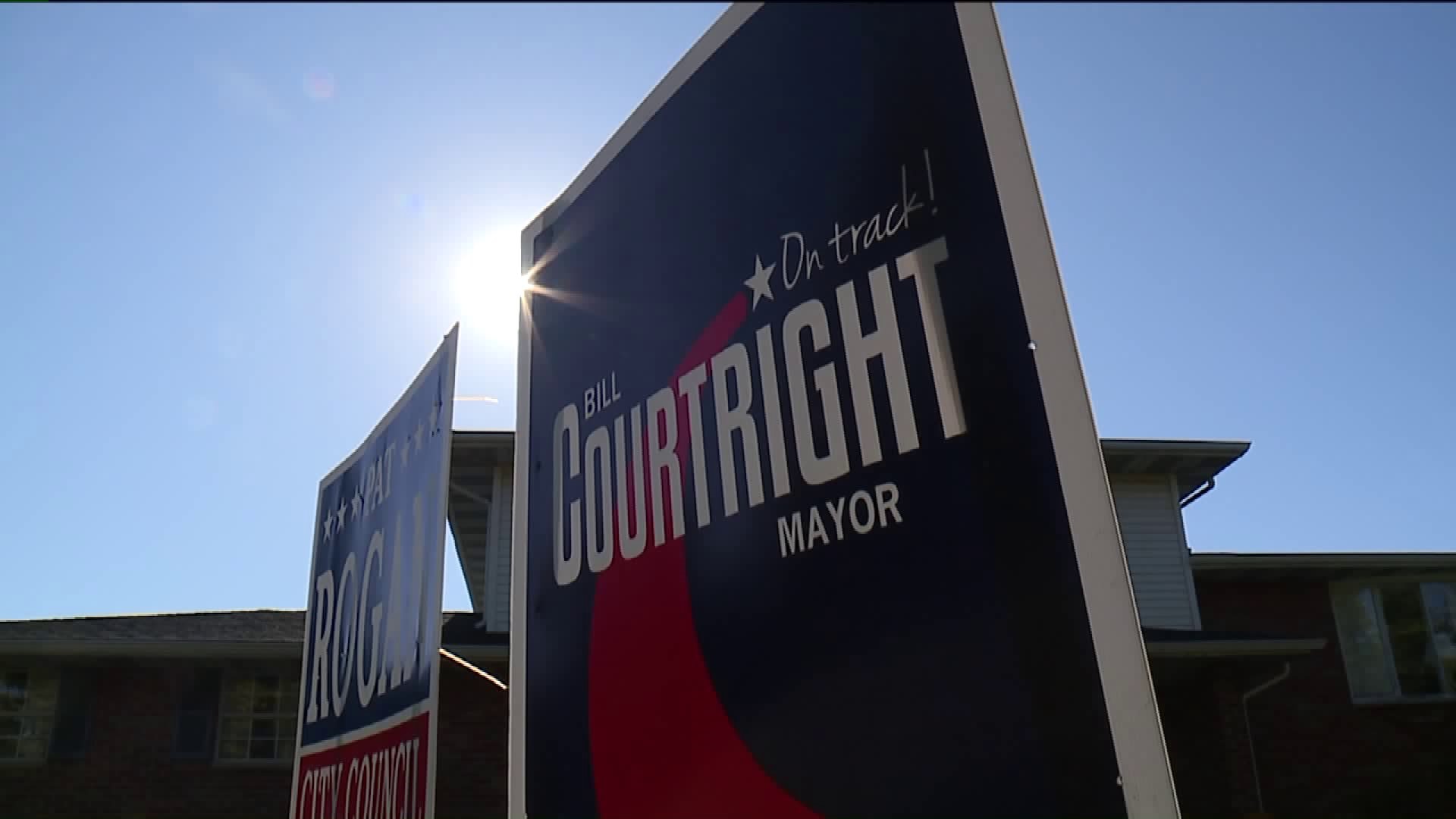 SCRANTON -- Scranton's mayor is being challenged in next month's election after serving one term and he faces a familiar opponent.

Voters in Scranton will be asking if they are better off than they were four years ago. Scranton Mayor Bill Courtright thinks that's the case while his opponent Jim Mulligan disagrees.

It's not the first time these two names have filled front yards in the Electric City.

Scranton Mayor Bill Courtright and Jim Mulligan faced off for the mayor's seat four years ago.

"I think the people are ready for a change and ready for a leader, someone who is going to step up and shape the future of the city, so I thought I would give it another chance, another try," said Jim Mulligan, (R) candidate for mayor.

Mulligan thinks Scranton needs to bring in new employers and growing the tax base is the best way to solve the city's long-standing financial problems.

"The fact is, we've lost jobs repeatedly, the tax base has declined since 1990. And as the tax base declines, the expenses are continuing to go up. So, that's a structural deficit that needs to be corrected," Mulligan said.

Mulligan says Mayor Courtright has only given the city cash infusions through deals to privatize the parking authority and sewer authority -- deals Mulligan says were bogged down by unexplained legal fees.

"There are a lot more questions than answers in regard to the sewer authority," Mulligan added.

Mayor Bill Courtright says the sales of the sewer authority and parking authority were necessary to avoid bankruptcy.

He says in his first term, the city has eliminated some debt and is poised to leave the state's distressed financial status.

That means lower interest rates when the city borrows money. He says that, and investments like paving and new street lights, have led to a growth in small business in Scranton.

"There's an energy, there's a positive, it's not that negative feeling that we had before," Courtright added.

Residents in Scranton will be able to choose between incumbent Democrat Bill Courtright and Republican challenger Jim Mulligan on Election Day, November 7.