A small-engine aircraft went down on Stone Street in Moosic Sunday night. The two people on board survived. Now, the FAA is investigating. 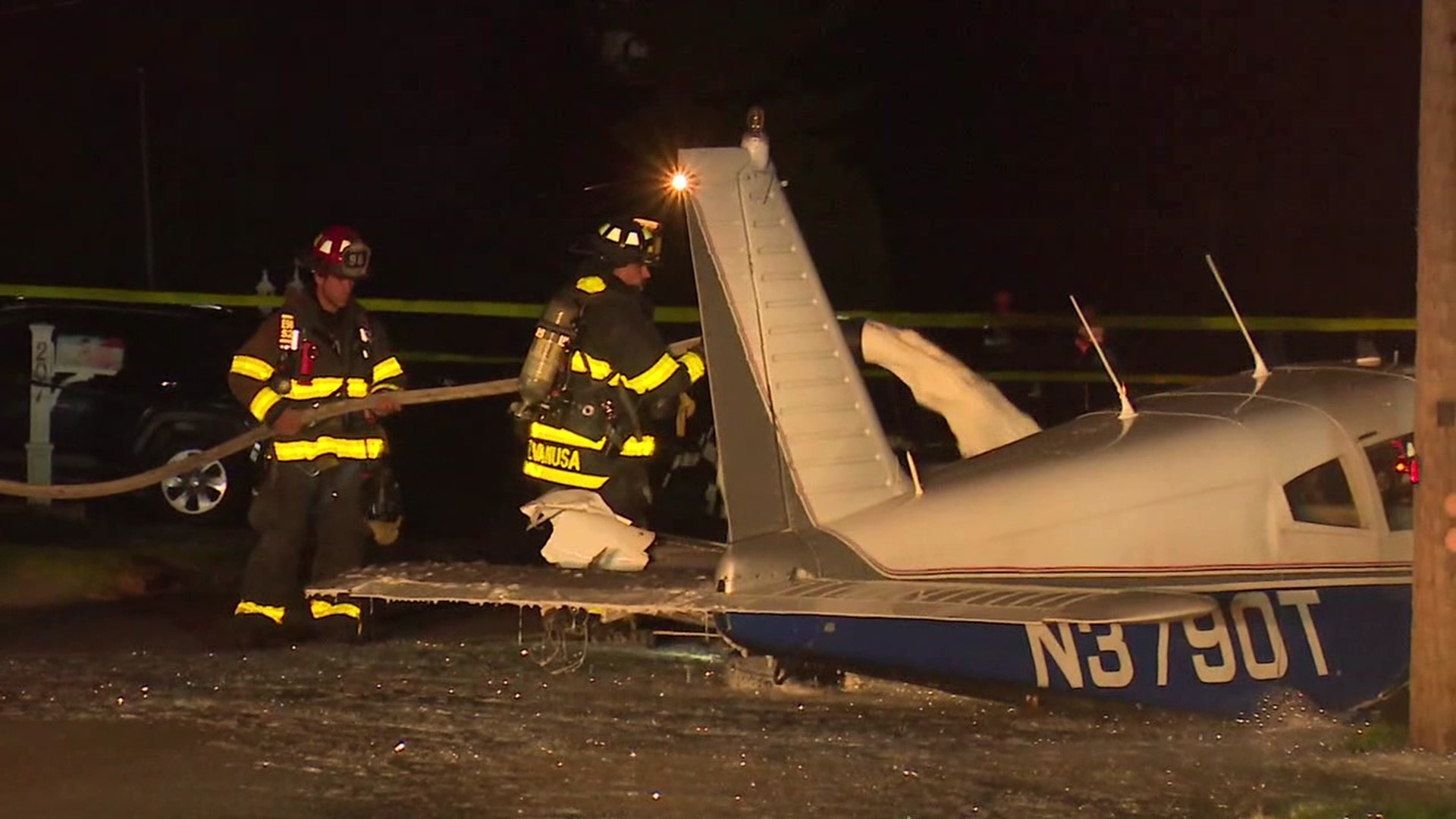 MOOSIC, Pa. — A federal aviation official on the scene of a plane crash in Moosic on Monday, trying to figure out what caused the aircraft to go down on a street Sunday night near the Birney Mall.

"I was putting my kids to bed and all of a sudden the lights all went out and I heard something very loud it sounded like something loud fell. The lights started flickering, they stayed off, and then I heard yelling outside. So we ran out to see what was going on and the first thing - someone came and asked us for towels. And then we saw a plane. This is insane!" said Molly Abdalla of Moosic.

The single-engine plane sitting on Stone Street in Moosic crashed around 8:30 p.m. Sunday.

Moosic police said two people were on board, the pilot and a passenger. They were both taken to the hospital with non-life-threatening injuries.

"I heard a woman, saying please help me, help me, help me. He was out of the plane at the time, I believe the man was the actual pilot. She was starting to drag them, I picked up his legs, and we dragged them about a house and a half away. And then, my son came up the road, which I wasn't thrilled about but he came up the road. And I said, 'Help me get him further." We drag them up and maybe another house or so, And then I was screaming for help anyone could bring a towel or anything because it was bleeding pretty well from his head. I went over there and got some towels from them from the guy. And then he began self, bleeding from his head," said Chad Hoskins of Moosic.

Power was out for a time in this area after that plane crash.

Aviation officials said the plane took off from Vermont and tried to land at Wilkes-Barre/Scranton International Airport but couldn't make it. The FAA is investigating.