SCRANTON, Pa. — Police say someone broke into several businesses and homes in Scranton overnight, in some cases, when the people who live there were aslee... 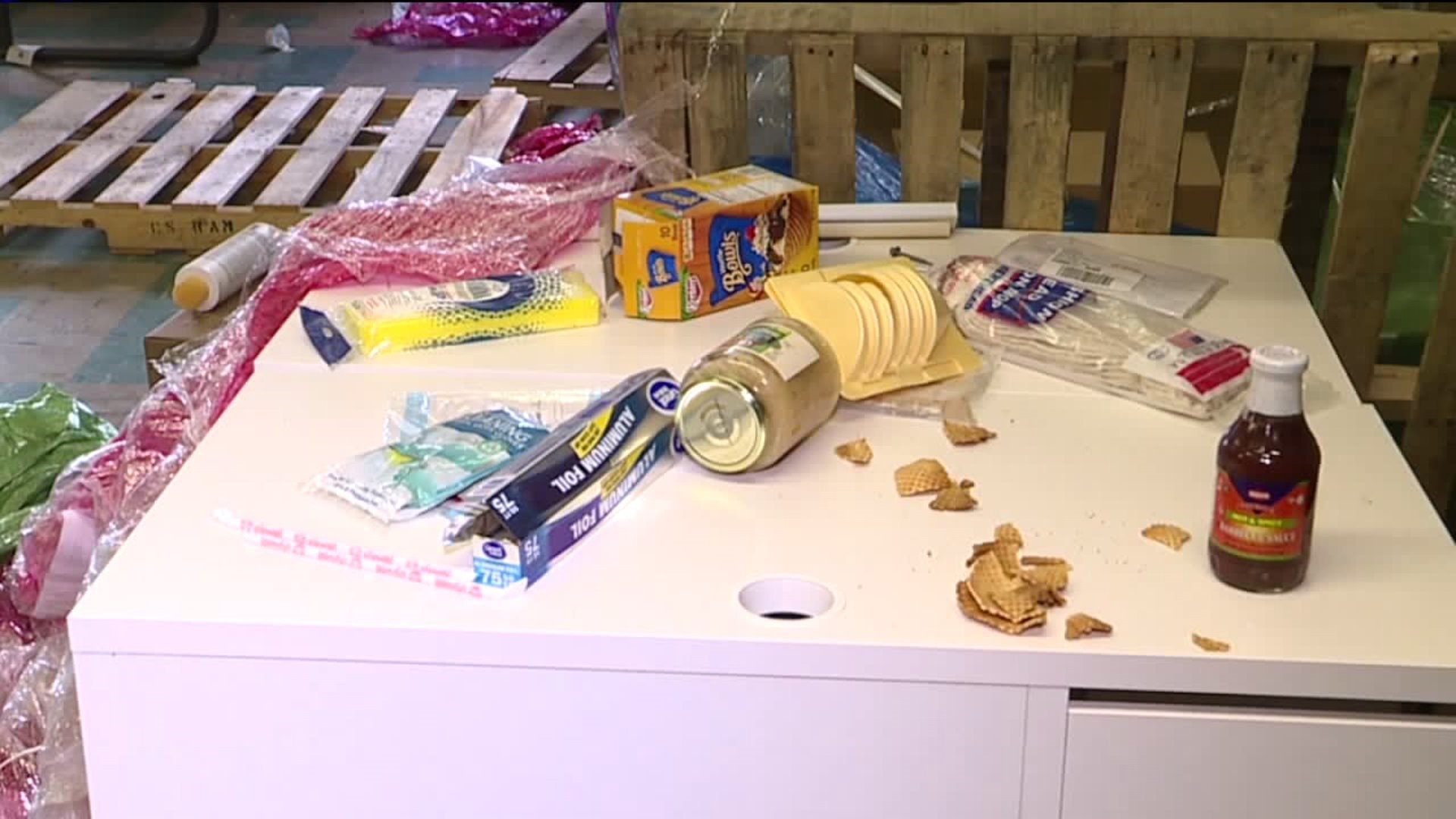 SCRANTON, Pa. -- Police say someone broke into several businesses and homes in Scranton overnight, in some cases, when the people who live there were asleep inside.

The small staff who work at an office on the 1900 block of Prospect Avenue in Scranton had a jarring start to their workday.

"Opened the door, unlocked it just as normal, door was locked from the front. When we walked in, everything was strewn everywhere, and I saw dust," said Carly Boyer of "Beauty It Is."

That dust, they say, came from their fire extinguishers emptied out over almost everything on the first floor of the office.

All their inventory downstairs was opened up and thrown on the floor. Nothing was missing but a container of ice cream. It seems someone helped themselves to a bowl, leaving sprinkles scattered on the floor.

"As annoying as it is, it's really not the worst of it. Nothing was stolen. Everything is still here as far as we can tell. It's just not where it was when we left it!"

The staff says the burglars broke in through a back door. Their workplace is one of several buildings in the neighborhood broken into overnight.

"I can't imagine what, how violated you would feel, knowing that someone was walking through your home when you were there, very saddened for them."

One neighbor who did not want to talk to us on camera said that he and his wife heard a thump around 2 a.m. They went downstairs and found their home had been ransacked and some of their possessions were missing.

In that case, the homeowner found a knife in his backyard. He turned it over to police.

Officers say no one was hurt, and they are investigating several similar incidents all within a few blocks of each other.

Ivan Mascaro told us his neighbor's car was broken into just a few days ago.

"Someone opened her car and pilfered through her stuff. She was very happy that I noticed it and gave it back to her, but you see that a lot going on around here. It's terrible," said Mascaro.