LACKAWANNA COUNTY, Pa. — Work is underway to move an entire cemetery to another location in Lackawanna County. The Diocese of Scranton is coordinating the... 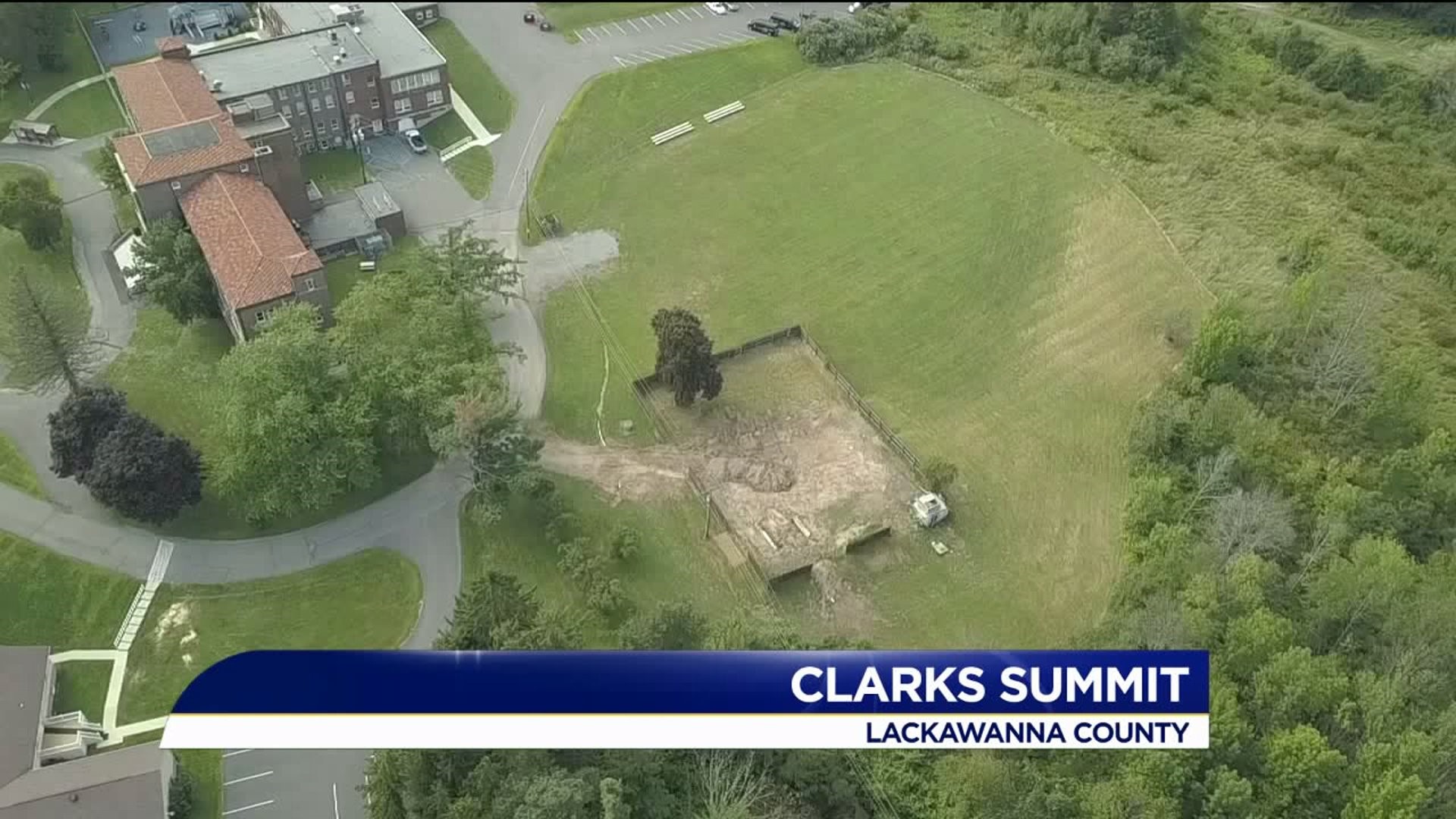 LACKAWANNA COUNTY, Pa. -- Work is underway to move an entire cemetery to another location in Lackawanna County.

The Diocese of Scranton is coordinating the relocation of more than 50 graves at the request of an order of nuns.

The exhumation work is taking place at a cemetery on the grounds of the Scranton School for the Deaf & Hard-of-Hearing near Clarks Summit.

The school used to be the Lourdesmont School for Girls and was run by the Sisters of the Good Shepherd which closed in 2010.

Now at the sisters' request, the Diocese of Scranton is moving the graves of 57 nuns to St. Catherine's Cemetery in Moscow.

People in Moscow were shocked to hear about an entire cemetery being relocated.

“I never even thought about such a thing. They used to do that years ago when they were doing highways and everything,” said Elaine Tancredo from Elmhurst Township.

A judge in Lackawanna County signed off the sisters' petition a day ago.

The graves are being moved partly because the school for the deaf is gated and there's no access to the cemetery, but mainly they are being transferred to get them into a Catholic cemetery.

“It will allow this cemetery to have perpetual care to make sure that these graves are taken care of in a way that all of our Catholic cemeteries are,” said Eric Deabill, spokesperson for the Diocese of Scranton.

According to the Diocese of Scranton, the goal is to have all the work completed by the end of the month, just in time for when students return to the school.

Most of the nuns were buried in the 1800s but some as recently as last year.

The diocese got approval from their families to move them.

“I think if that's what the families want, I think they should do it,” said Tancredo.

People say it's important to visit loved ones who have passed on.

“We walk here all the time and there's always people here, especially on the weekend, visiting the graves and taking care them, it gets to be a lot of traffic after a while,” said Silfin.

According to the petition, the sisters will cover all the costs of this project.