TAYLOR, Pa. — Elementary students in Lackawanna County are pushing for a new law in Pennsylvania to get seatbelts on all school buses. Rylie Secor is a fi... 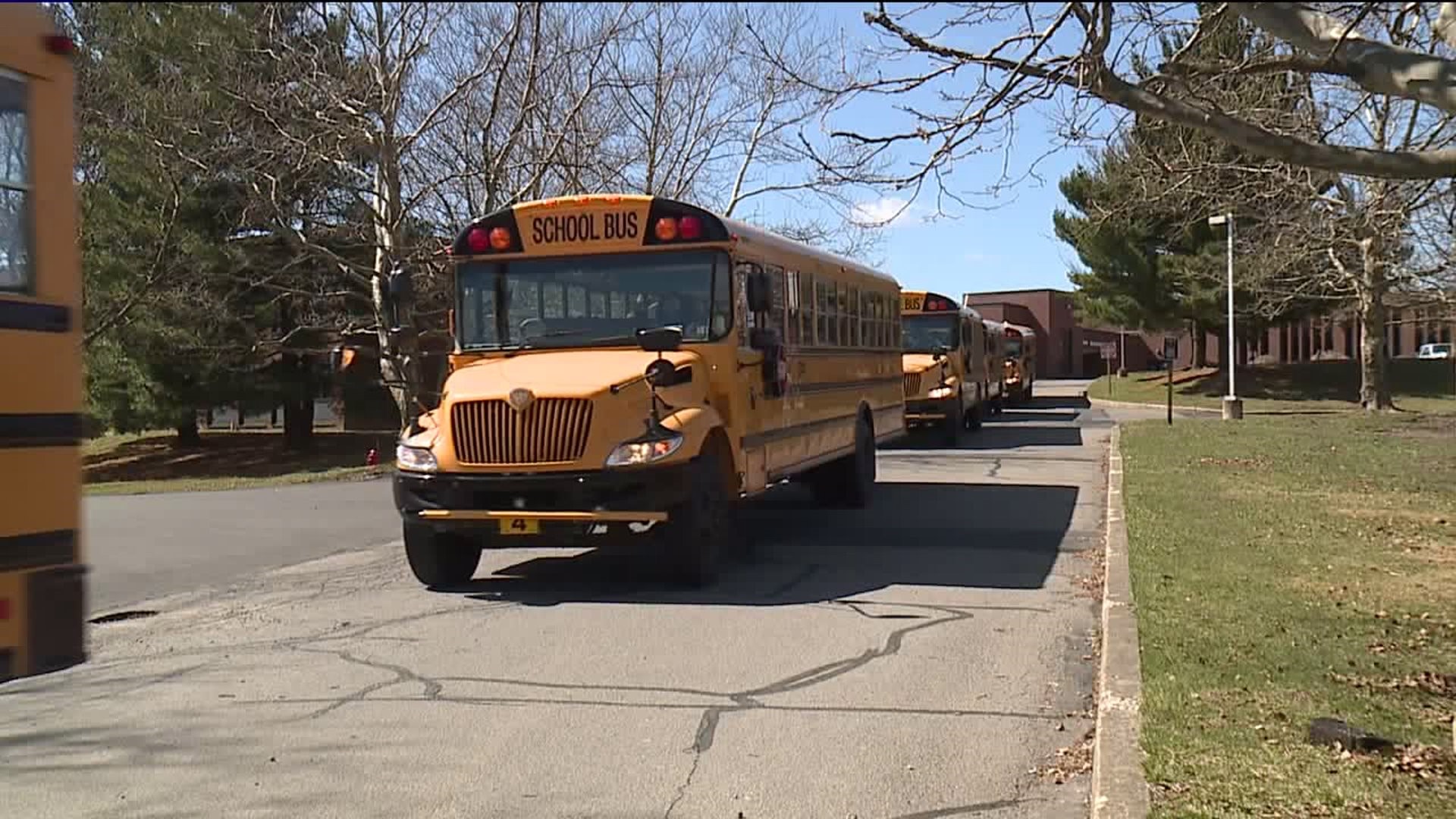 TAYLOR, Pa. -- Elementary students in Lackawanna County are pushing for a new law in Pennsylvania to get seatbelts on all school buses.

Rylie Secor is a first grader at Riverside Elementary West. Earlier in the school year, she was injured on her school bus.

Rylie showed Newswatch 16 her two black eyes from her fall. She also showed the photos to State Representative Bridget Kosierowski along with requesting a favor. Rylie and her classmates want seat belts on school buses in Pennsylvania.

"Safety, the bus drivers have a lot of responsibility on the bus. It's hard to keep an eye on everything else that's going on," said Rylie's mother Melanie Secor.

This was Rep. Kosierowski's first day on the job as state representative. After winning a special election, she'll be sworn in next week.

"As a nurse and as a lawmaker, this is a good combination for me to come in here today and talk to these kids and their needs and safety," Rep. Kosierowski said.

Rylie and her classmates wrote letters to Rep. Kosierowski for her to take to Harrisburg.

"Teach our kids how to take action, and they're really passionate about helping their friend, and to me, that's worth the weight in gold," said Riverside Superintendent Paul Brennan.

"This is a wonderful environment to come as my first day. I wish all my days were like this. These kids are very kind to each other. It's how we as adults and legislatures should be behaving," Kosierowski said.

School officials say they know there are cons to getting seatbelts on buses, like money and if students have to evacuate in an emergency.

"If they're attached with a seatbelt on and you're trying to get out of the bus, it's going to be hard for young students to release that belt, so that's a con."

Despite the cons, these first graders are hopeful the pros will be enough, and they'll be able to make a difference by getting seatbelts on all school buses in Pennsylvania.