SCRANTON, Pa. — For more than an hour, cars lined up and backed up traffic near the Viewmont Mall. The cause? An electronic recycling program with hundred... 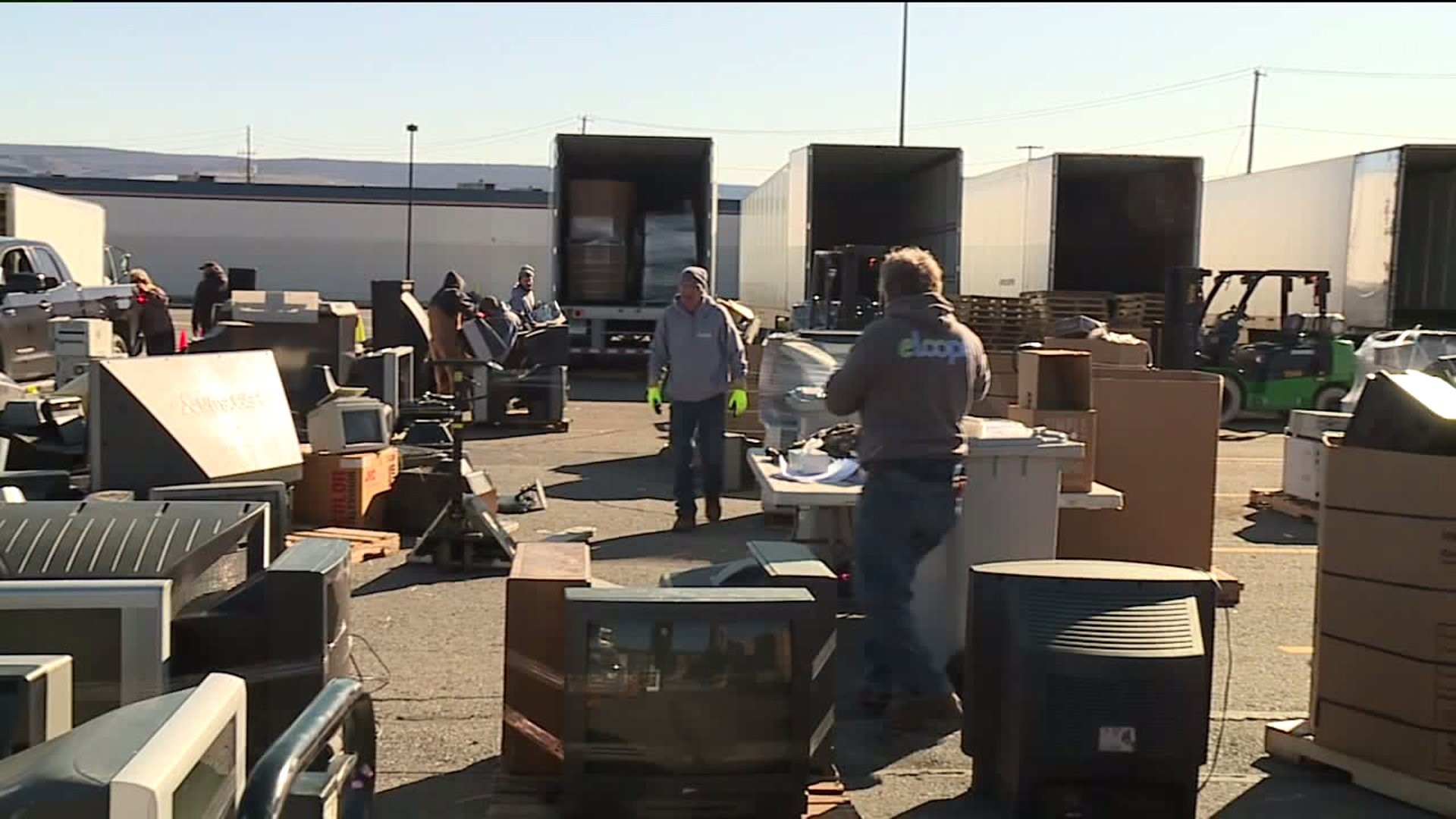 SCRANTON, Pa. -- For more than an hour, cars lined up and backed up traffic near the Viewmont Mall. The cause? An electronic recycling program with hundreds of cars waiting to drop off computers, televisions and more.

"This is gridlock. I mean I was backed up probably three-quarters of a mile in the driving lane of 81 waiting to get off the exit to get here," said Chris Lange of Moosic.

The event, coordinated by senator John Blake, the Lackawanna County Recycling Office, eLoop, and HP was supposed to run until 1 p.m. but that didn't happen. After about 500 drop-offs, organizers had to shut it down.

"It started to be a traffic concern out on to the main road, so we got word from the police officers we got to start finding spots in line and kind of closing it down," said eLoop worker Jeremy Gaston.

eLoop, a company out of the Pittsburgh area, breaks down the electronics to be recycled. Despite having to end the event early, they say it was successful.

"We'll probably take back upwards of 75 to 100,000 pounds of material, which you see here on the ground," said Gaston.

While some admit they were frustrated by the long wait, they said they couldn't pass up the opportunity to get rid of their old electronics.

"We're having a little fun, like a little tailgate party, you know, tv tailgating party that's what we got, but it was a chance to get rid of them properly, and that's what I wanted to do," said Roy Davis of Clarks Summit.

"Obviously there is a need in the community to get rid of the stuff lying around your house, the computers, the TVs, the fax machines, everything," said Lange.

Some even suggesting other locations where a recycling event could be successful.

"Lackawanna County has a lot of other places they could have done this. The baseball stadium would have been a great opportunity for people to come in and go out. I think picking a commercial space such as the Viewmont Mall was not a great decision on their part," said Ryan Hnat of Scranton.

If you missed Saturday's event and have electronics to be recycled, find information where you can do so here.