Electric City Trolley Back on Track

SCRANTON, Pa. — One of Scranton’s top tourist attractions is back on track and just in time for a big event this weekend. The tracks that carry the ... 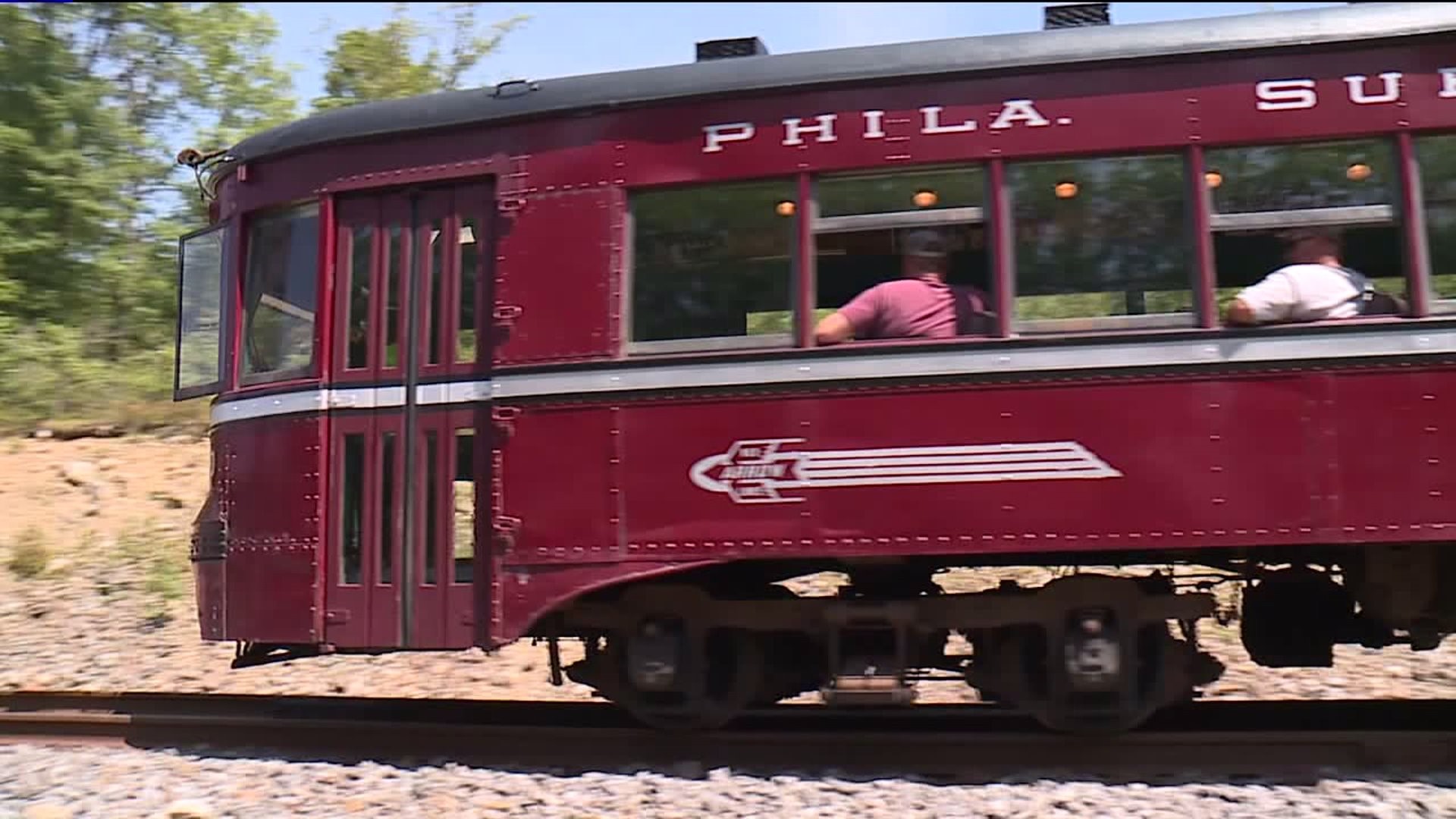 SCRANTON, Pa. -- One of Scranton's top tourist attractions is back on track and just in time for a big event this weekend.

The tracks that carry the Electric City Trolley Museum excursions were damaged earlier this month due to flooding.

A trolley full of specialized electrical engineers pulled out of PNC Field Tuesday with nervous anticipation. It was the first time the historic electric trolley ran since heavy storms hit earlier this month.

"It's been two weeks of craziness here between, first, getting the track back for the train, and now getting the overhead wire back in service again, but it looks like we're almost ready to go," said Jim Kosydar, Electric City Trolley Museum.

All went as planned, a culmination of lots of hard work, according to Trolley Museum executive director Wayne Hiller.

"From the day it rained on August 14, we've had crews out there clearing the trees off the line, moving poles, moving wires," Hiller said.

The rainwater washed out portions of track and fallen trees knocked over five poles holding up the electric wire needed to make the trolley run.

The repairs were made just in the nick of time. Steamtown's annual Railfest starts on Saturday and the trolley excursions are a major source of revenue for the trolley museum.

"It would have been devastating, anywhere from 5,000 to 9,000 people in the park that weekend," Hiller said.

The trolley runs through some remote parts of Scranton and Moosic, and it's been hit by storms before.

"It reminded me of 2004, Hurricane Ivan. And this was actually not as bad but it was still pretty significant," Kosydar said.

The car started running in the mid-1920s and no storm can stop it.