The president and CEO of Fidelity Bank says the bank will pay for the sign's electric bill for the next year. 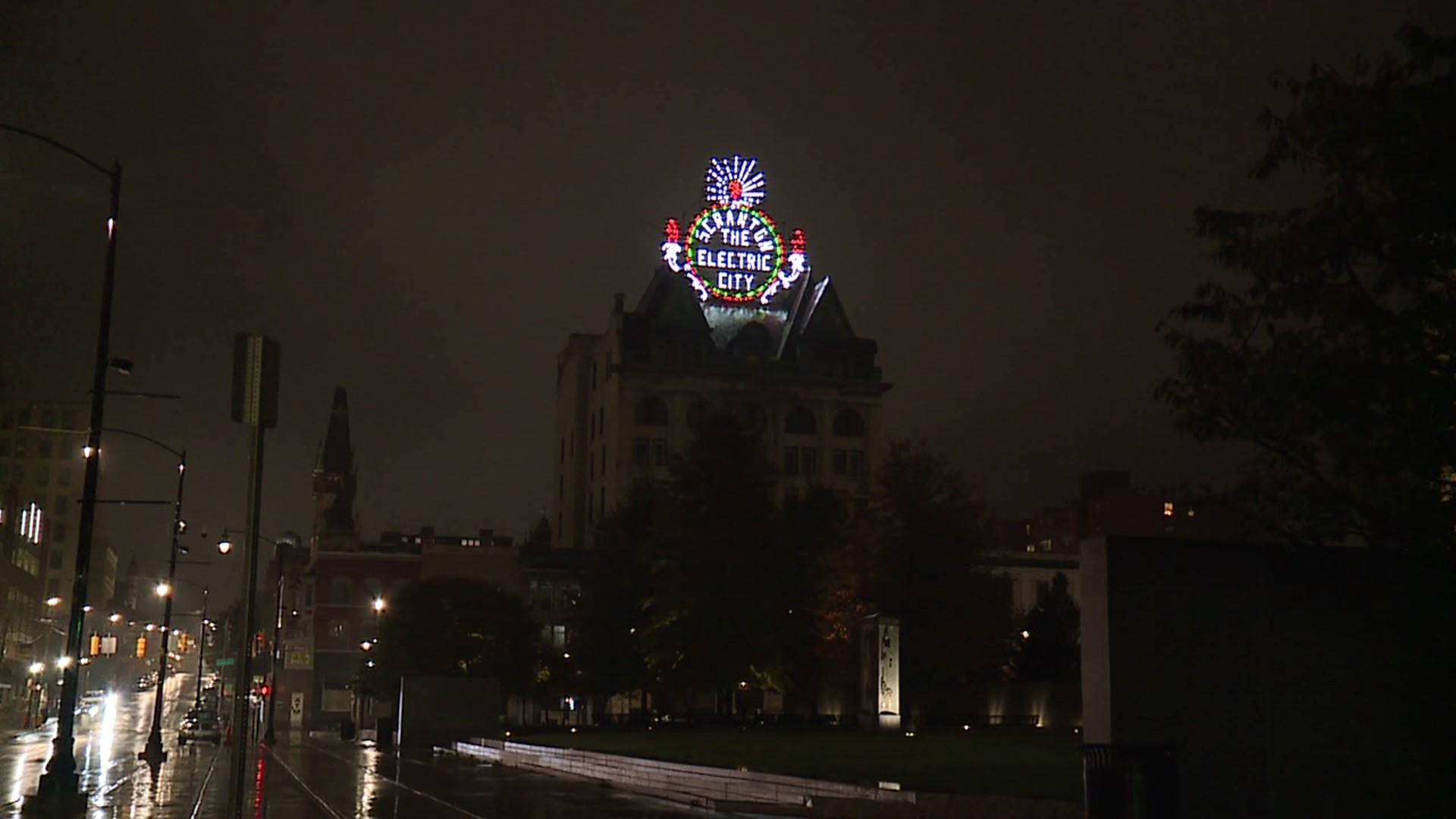 SCRANTON, Pa. — Many Scrantonians know that for decades the electric city sign was dark, it was refurbished and turned on again in 2004, and then LED lights were put in in 2014.

This time it didn't go dark because it was broken but because the owner says it's too expensive.

A few weeks ago, the Electric City lost its spark.

"We noticed almost right away. You can see our sign from our front window, so in the evening when we're here later, you definitely missed the light from the sign," said Lauren Woodard, owner of Lavish.

You can spot the symbol of the city all over Lavish Salon & Spa on Adams Avenue; it illuminates the city's nickname, which is everywhere downtown.

"I mean, it is an iconic symbol for downtown. I mean, we really do need it. Unico refurbished it a few years back; it's a beautiful looking sign. So, I think the city really needs it," said John McDonald of Electric City Pizza.

The sign sits atop a newly vacant building on Linden Street, and the owner says without rental income, he can't afford the $500 each month it costs to light the sign.

"It was a real disappointment because that sign is such an iconic sign, and it's really reflective of the progress and innovation here in Scranton, Pennsylvania," said dan Santaniello.

Santaniello, the president and CEO of Fidelity Bank and a Scranton native, couldn't let the sign stay dark.

He says the bank will pay for the Electric City sign's electric bill for the next year.

"We're committed for the next 12 months to make sure that sign stays on until a permanent solution can be found. We'll work with the mayor, Paige Cognetti, to see what we can do to help," Santaniello said.