SCRANTON, Pa. — The first-ever Electric City Classic has cyclists going as fast as they can right through downtown Scranton. Cowbells rang and pictures sn... 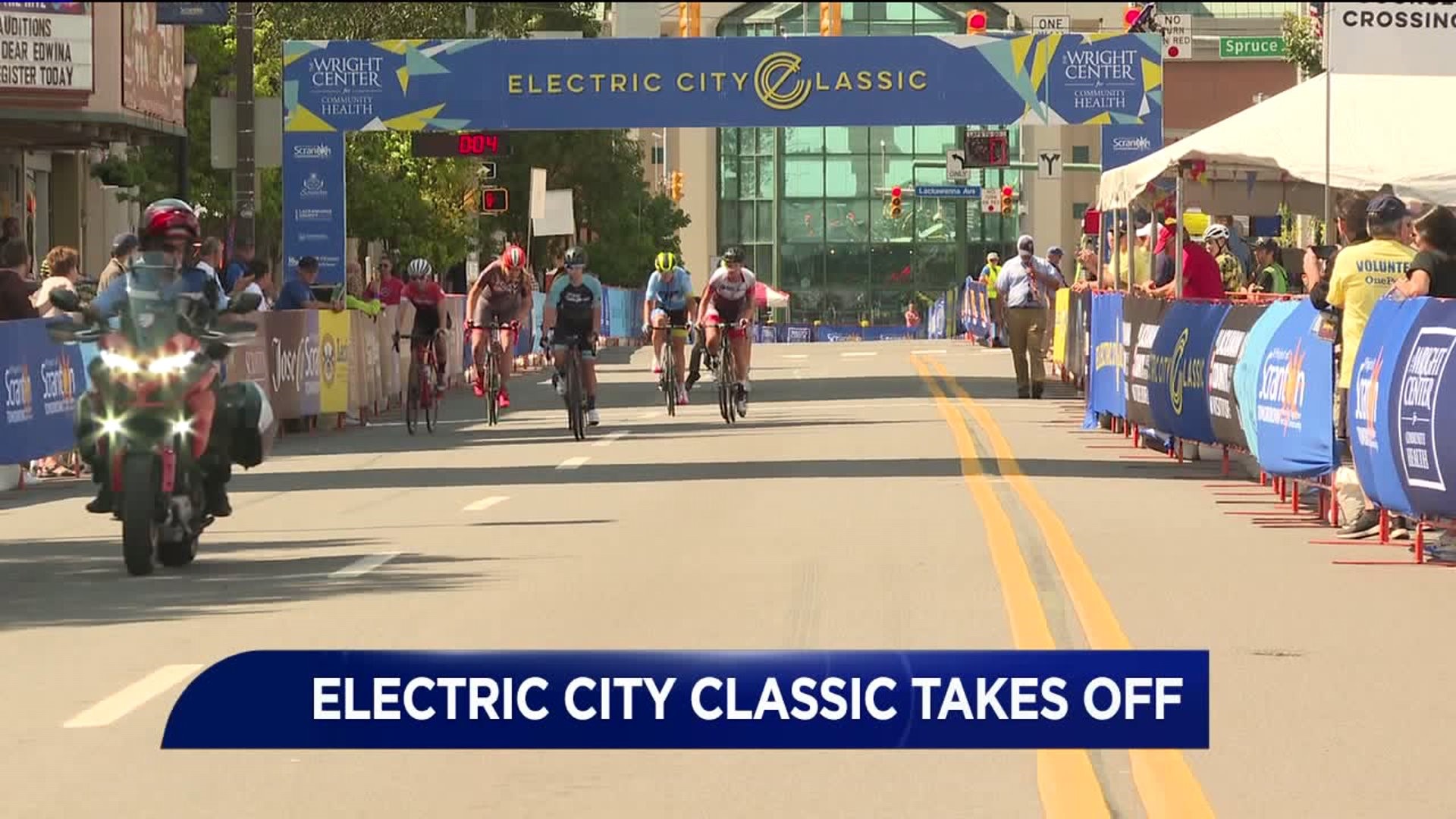 SCRANTON, Pa. -- The first-ever Electric City Classic has cyclists going as fast as they can right through downtown Scranton.

Cowbells rang and pictures snapped as cyclists made their way out of the starting line on Wyoming Avenue.

Cyclists from around the country came to Scranton to test out their skills for the first race of the Electric City Classic in Scranton.

"It is someplace I have driven through a million times but I haven't been into the city and I am excited to see the city. So we have time to relax and check out places," said Geno Villafano of Connecticut.

"I came in from the East Coast to do this race that I guess is the inaugural race here and it sounds like it is going to be a bunch of fun," said Carla Ratti.

The Electric City Classic is a two-day event.

Cyclists went around downtown Scranton as fast as possible during day one.

Organizers say cyclists can travel more than 30 miles per hour as they make their way through the turns downtown.

"I have never raced a city with so many corners and 90 people going like 20, 30 miles for an hour and trying to make 10 corners should be interesting," said Villafano.

Every so often, Barrington Lawrence will tune into a race on television. Now he had one outside his shoe repair shop in Scranton.

"The basketball team tournament is right outside my store and now this is a new thing I'm gonna watch it sit down and relax and drink me a cold one and watch the race," said Lawrence.

After watching one race with his granddaughter, Peter Parchinski wants to be one of the cyclists next year.

"These bikes are reaching 50 miles per hour pedal power and it is amazing and I am very interested for the winter season to plan this for next year," said Parchinski.

The second day will feature an uphill bike climb on Olive Street in Scranton.