DUNMORE, Pa. — Dunmore and Scranton police, county detectives, and the FBI are all investigating after a bomb threat was made at Dunmore High School. It h... 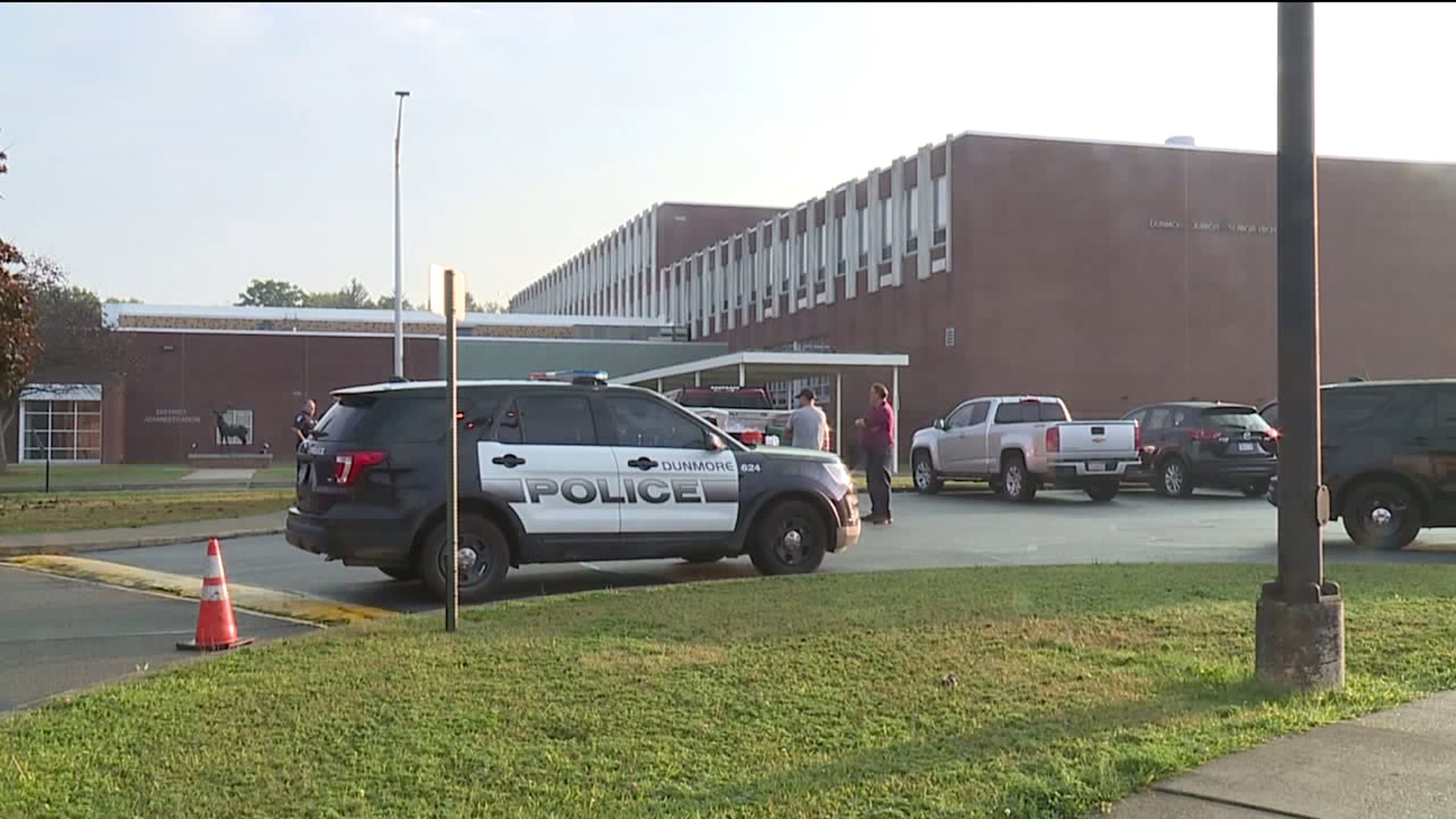 DUNMORE, Pa. -- Dunmore and Scranton police, county detectives, and the FBI are all investigating after a bomb threat was made at Dunmore High School.

Bomb-sniffing dogs were brought in Wednesday morning and the schools were searched.

A bomb unit was brought in from the Scranton Police Department.

"I mean it's pretty scary because it's a bomb threat or it could be any kind of threat, anything could happen," said Jesus Cruz of Dunmore.

Despite the scare, some students said seeing the district's reaction to the recent threat makes them feel secure.

"I'll feel pretty safe because I'll know they already searched the building and they say it's already safe so and we have teachers that are very, that take care of us if there's a threat because they know what to do so I feel pretty safe with that," said Lailaali Cruz of Dunmore.

"It makes me feels are knowing they're out here protecting us," said Jesus Cruz.

The Dunmore School District will be open on Thursday. Officials gave the all-clear and school and afterschool activities will resume as normal.