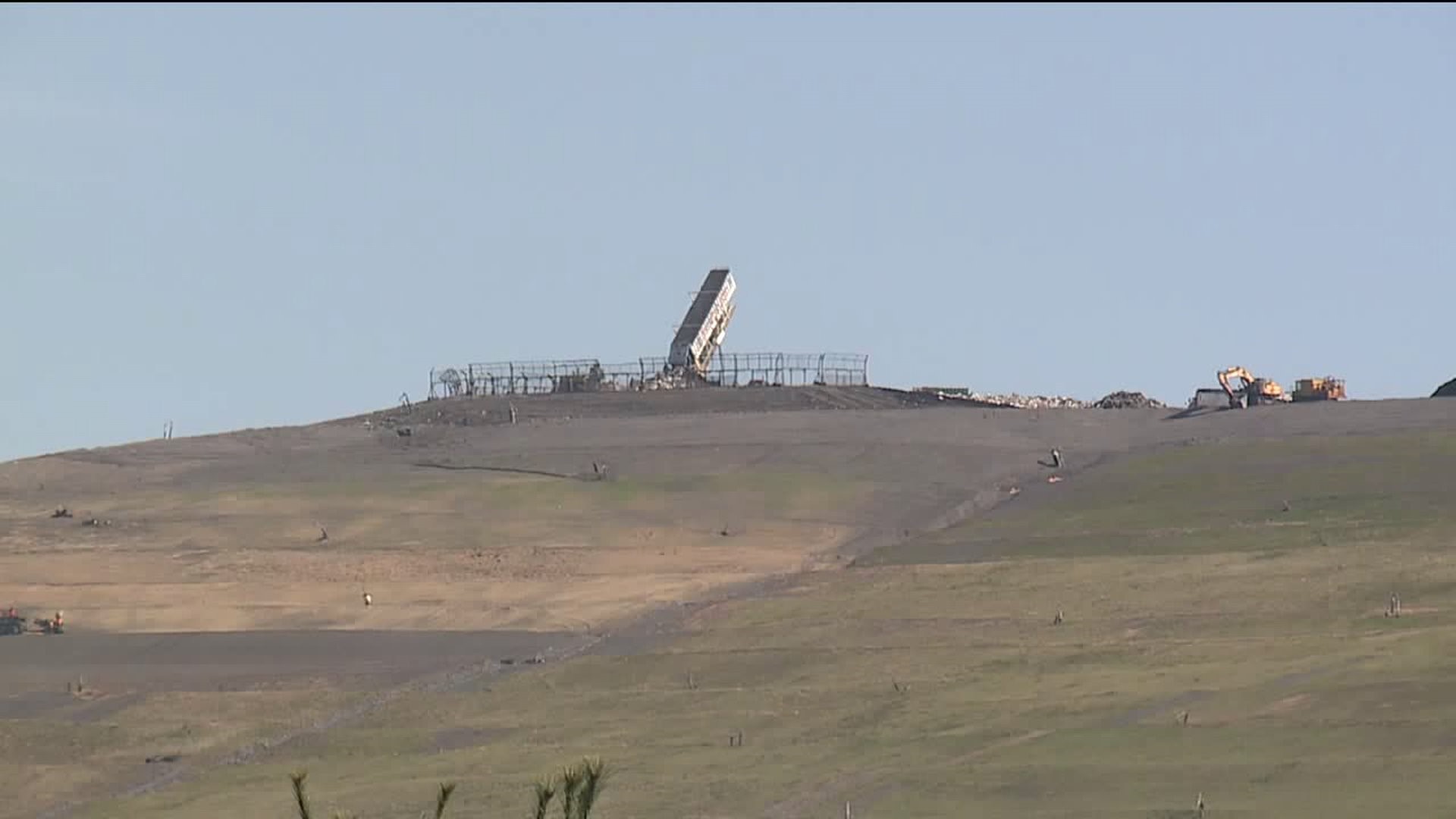 DUNMORE, Pa. -- The proposed expansion of the Keystone Sanitary Landfill in Lackawanna County has hit a roadblock.

Monday night, Dunmore Mayor Tim Burke vetoed a council decision to amend zoning rules that would allow the expansion. The mayor has long been an opponent of the proposed expansion of the landfill in his town.

Landfill officials say they plan to fight back.

The Keystone Landfill has been seeking approval to expand for more than five years. It's been a divisive issue in Dunmore all that time.

It is the issue that got Mayor Burke elected a few years ago, and with his veto, Burke says he was doing what he promised to do.

Last month, Dunmore Borough Council voted 4-3 to pass a zoning ordinance that would allow the Keystone Landfill to grow.

Mayor Burke says he had a feeling the vote would go that way, but it still didn't sit well with him.

Burke was elected mayor in 2017. He ran promising to be a strong opponent of the landfill's expansion, so he says he was just following through on that promise when he vetoed the ordinance this week.

It's a blow to Keystone that could affect how much it's able to expand, if at all.

Because of the veto, Dunmore Borough Council will have to vote on the ordinance again but would need a supermajority -- five votes to pass instead of four.

Burke believes his veto will be upheld.

The expansion Keystone wants would keep the landfill open for another 50 years.

Keystone Landfill spokesperson Al Magnotta wouldn't say whether the landfill plans to sue Dunmore if the ordinance isn't upheld, but he did say, while frustrating, he doesn't see the mayor's veto as a huge setback.

"We anticipated the mayor's grandstanding, if you will use that, but we have a plan to address it because we believe we are on solid legal ground," Magnotta said.

Mayor Burke says he doesn't know when Dunmore council will vote on this issue again, but he anticipates it'll be before the end of the year since several council seats are on the ballot.