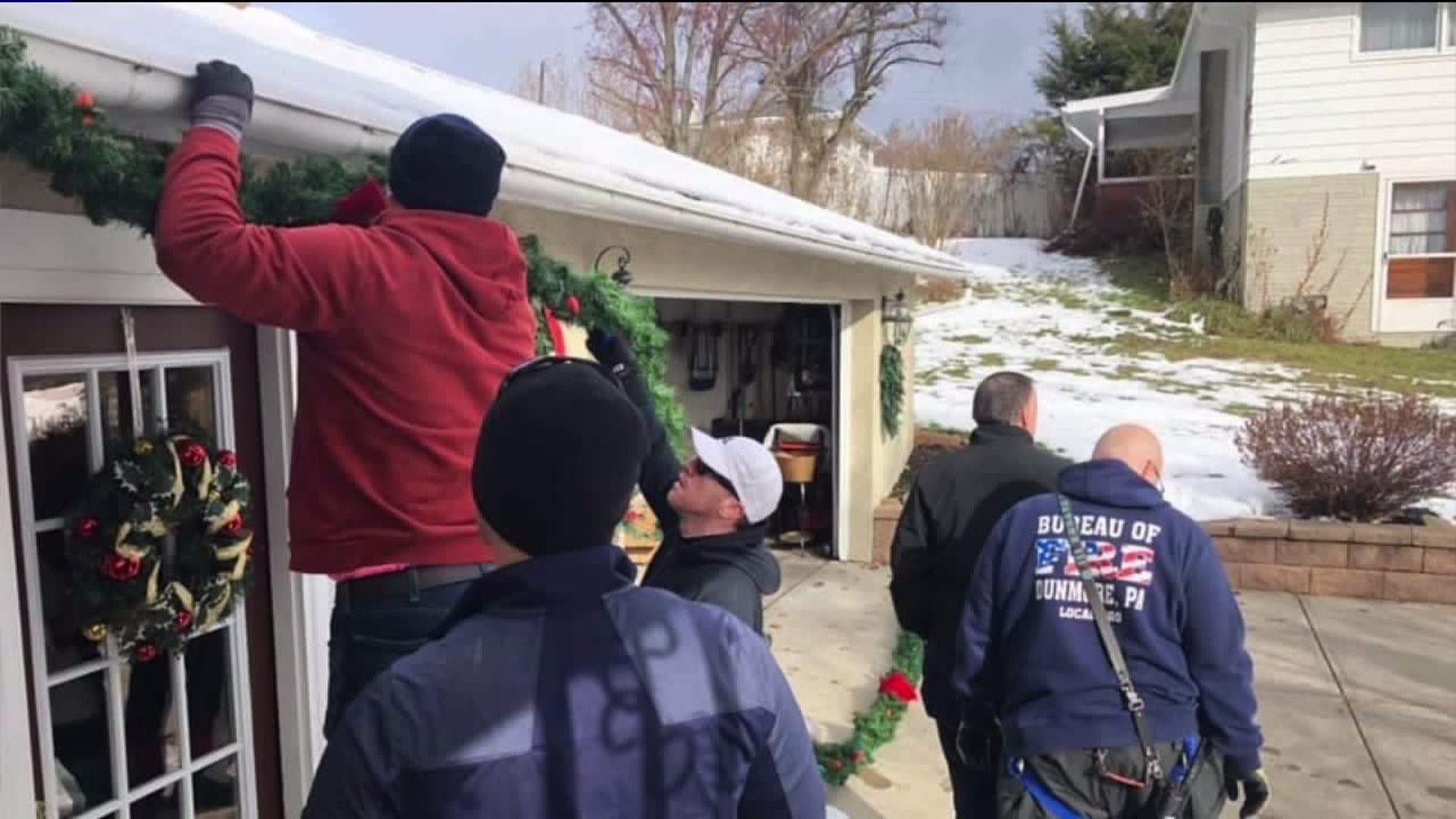 Ashley Yando's family home in Dunmore has been decorated at Christmastime ever since she can remember. Her father John was the ringleader when it came to decorating the outside of his family's home. It was a task he took great pride in doing each year.

"He was a real good 'MacGyver' type guy. He knew where everything was. He had a plan, he put it in place, and he did it all by himself," Ashley said.

But John's holiday magic was put on hold when he suffered a stroke in 2017. He was no longer able to decorate the house, and it hit the whole family hard.

So, Ashley put out a call on Facebook to see if anyone would want to help this year.

"Within, like, not even a full 24 hours, the Dunmore Fire Department and the Dunmore Police Department totally stepped up to the plate, and they were like, 'we would really like to help you guys.'''

A group of police officers, firefighters, and neighbors showed up to the house to deck the halls, hanging garland, wreaths, and lights.

They figured it would take 30 minutes tops to decorate the house. They didn't realize how seriously John takes this task. Ten guys and about two and a half hours later, they had the house looking exactly the way Ashley remembered it.

"To be quite honest, I don't know how he did it by himself all those years," said Patrolman Tom Richardson, Dunmore Police Department.

The Yando family managed to pull off the whole event as a surprise for their mother. Her face lit up like a kid on Christmas morning when she saw her home that day.

"She pulled up front and saw it all, and you know, the tears were in the eyes. It was a touching moment," said Lt. Eric Shigo, Dunmore Fire Department.

"It changed your whole perspective on Christmas," Ptlm Richardson added.

"What they did, they have probably no idea exactly what they did for our family," Ashley said.

Going beyond the call of duty to deliver one family the best Christmas gift they could have asked for.