DUNMORE, Pa. — High school football starts this Friday night across northeastern and central Pennsylvania, and one Lackawanna County team will be missing ... 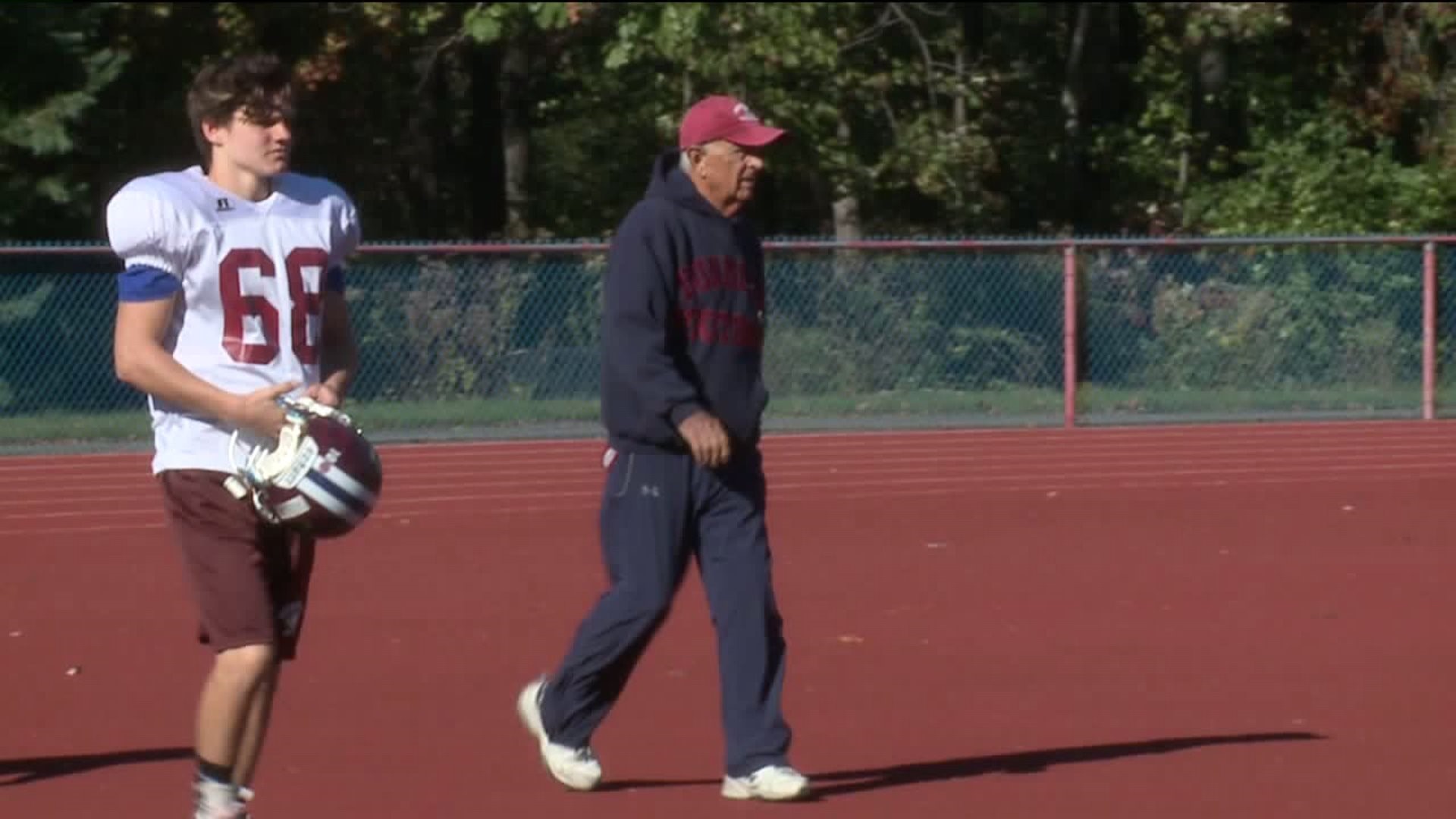 DUNMORE, Pa. -- High school football starts this Friday night across northeastern and central Pennsylvania, and one Lackawanna County team will be missing its legendary coach on the field, at least for now.

The Dunmore Bucks will kick off their season Friday at home against Scranton Prep. Players are ready, and so is the community in Dunmore, but one person won't be on the field, and that certainly won't go unnoticed.

In this Lackawanna County borough, the saying goes "God, family, Dunmore Bucks." A big part of that is thanks to the legendary Coach Jack Henzes.

"This time of year, you can set your clock by Dunmore football, and the tradition that Coach Henzes and all of his staff through the years has established and brought to life in this great community," said Dunmore Superintendent John Marichak.

Coach Henzes, 82, is recovering from heart valve surgery and will be out until he is healthy enough to return. Henzes has been coaching football at Dunmore since 1971.

"As good as a football coach that he is, and I don't know if I've ever come across anyone that is better, he's probably a nicer human being. That's the truth. That's the way I feel about him," said Marichak.

Over the course of his career of more than 40 years at Dunmore, Henzes has created a name for himself in the community as well.

"Everyone knows coach. He gets brought up all the time, no matter where you go. Dunmore Bucks, Coach Henzes is the first thing brought up. Not having him here is a huge thing," said tackle Jake Sawka.

It's not just about what Coach Henzes means to the community, but to the players. They say there's definitely a different feel on the field.

"Obviously, there is something missing, but the coaches make up for that energy. The seniors, we take leadership and add on to that," said Louis LaCapra.

Players say practice has been weird, and they are missing their coach for sure, but they say they have handled it the way coach taught them.

"He's always cheering us on, excited about everything. It's a real big loss for us right now, but we are getting through it, and we are ready for Friday night's game," LaCapra added.

"We fully expect him to be back. I know the man. There's no quit in him. He'll be back as soon as he's able. Our kids are waiting for him. Our community is waiting for him. He's one of the nicest people, and greatest football coaches I've ever seen," Marichak said.

Coach Henze's family tells Newswatch 16 he is doing great, and they hope he will be home from the hospital later in the week.