SCRANTON — A driver who admitted to a wrong-way crash while driving under the influence that killed five people has been sentenced to prison. Gennadiy Man... 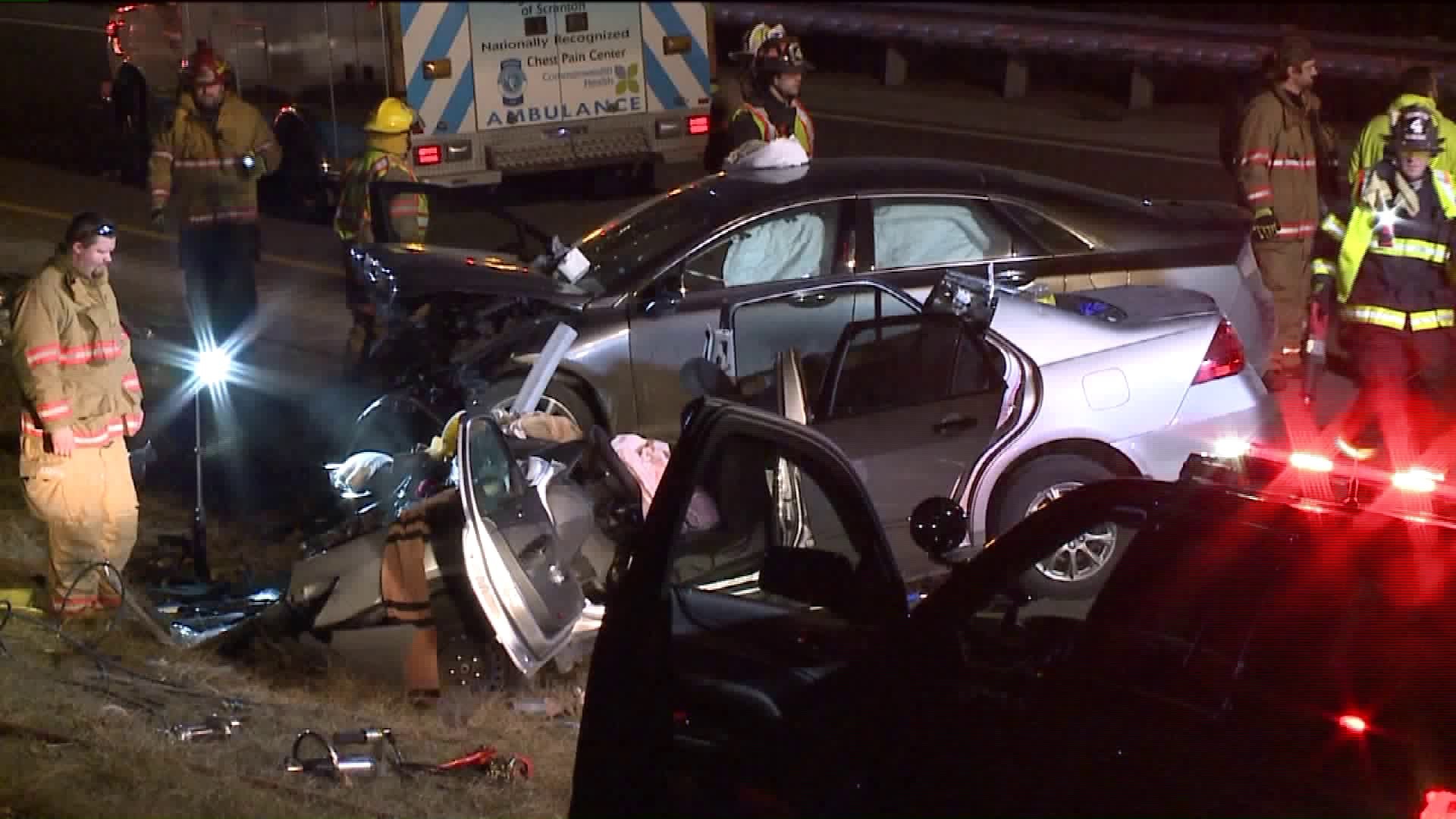 SCRANTON -- A driver who admitted to a wrong-way crash while driving under the influence that killed five people has been sentenced to prison.

Gennadiy Manannikov was sentenced Friday afternoon to 18 to 36 years in prison. He entered a guilty plea in July.

The crash on January 23, 2016, was part of a string of wrong-way crashes, at least four in our area over the course of a few months. This is one prosecutors and police say they won't soon forget.

A Lincoln going the wrong way on Interstate 81 near Clarks Summit collided with a car full of coworkers. Five of the seven people involved in the crash would die from their injuries.

It was the deadliest and most devastating of a string of wrong-way crashes in late 2015 and early 2016.

Gennadiy Manannikov of Lake Ariel was the driver of the wrong-way Lincoln. He was charged with five counts of homicide by motor vehicle and DUI. He will serve a three-year sentence for each death, in total, 18 years to 36 years behind bars.

This crash and the other wrong-way crashes lea to additional signage on Interstate 81 and new police protocol for wrong-way drivers.

"I don't know if they're the sole cause of the changes," said Lackawanna County District Attorney Shane Scanlon. "It seems to come in waves, you know these all happened around the same time. Fortunately for us, there hasn't been anything in a long time. Hopefully, that continues.

There has never been an explanation of why Manannikov traveled eight miles on the interstate the wrong way without stopping or turning around. His blood alcohol level was nearly twice the legal limit.

At his sentencing, Manannikov faced the families of his five victims and apologized, saying he would give his life for any of them.

"My experience with him has been that guy. I said that I've heard stories, I've heard rumors, I haven't experienced that personally. He's always been straightforward with me," said Manannikov's attorney Terry McDonald. "He did not want to challenge these charges."

Manannikov is 30 and will be 48 before he is eligible for parole, in his late 60s before he's allowed to drive again.