CLARKS SUMMIT, Pa. — An empty storefront is all that remains at the former Duffy’s Coffee Company on State Street in Clarks Summit. The coffee shop ... 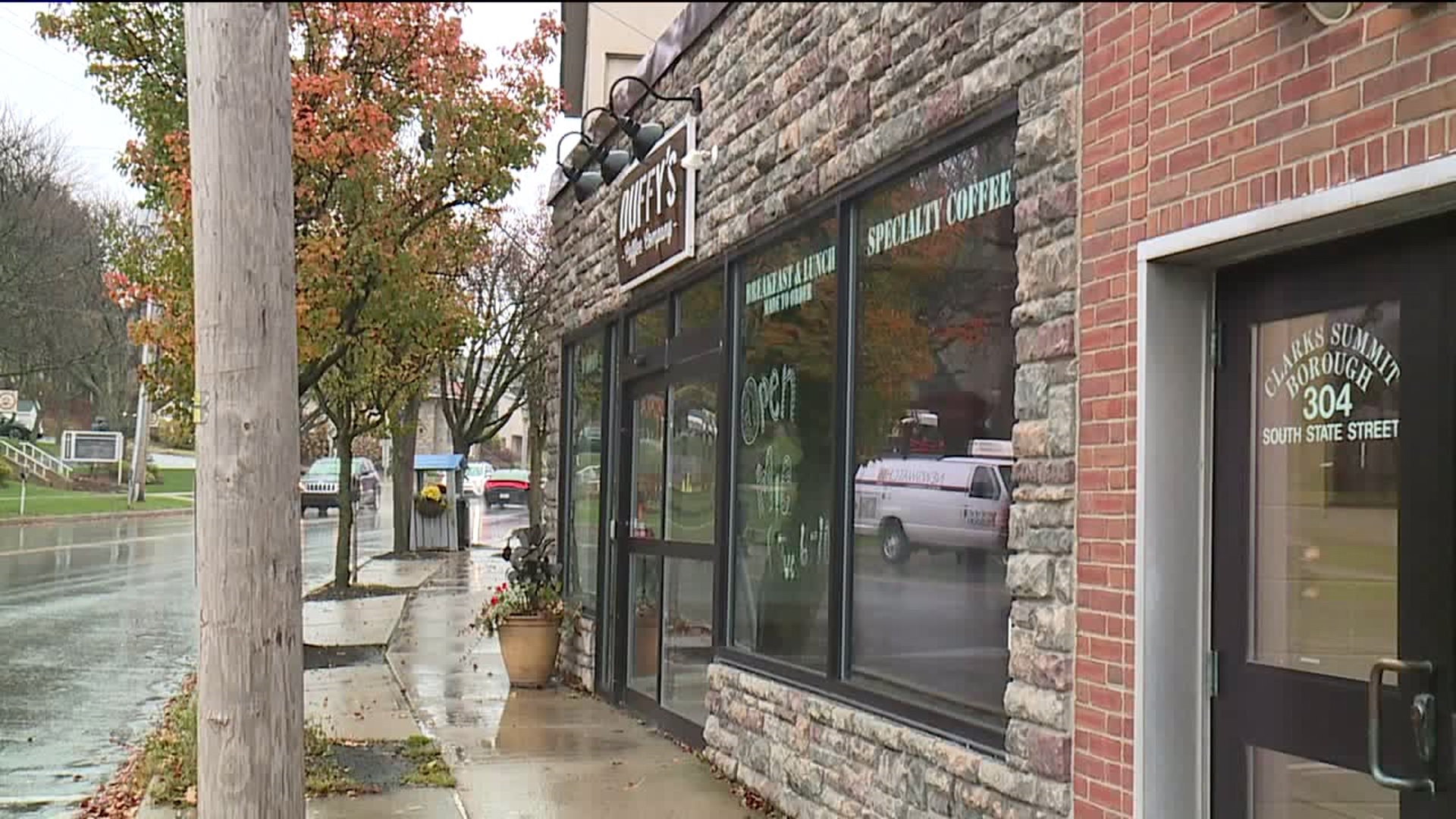 CLARKS SUMMIT, Pa. -- An empty storefront is all that remains at the former Duffy's Coffee Company on State Street in Clarks Summit. The coffee shop closed this week, much to the surprise and disappointment of its former customers.

"We go there often, my staff always goes for coffees. They had great chai tea. And when we saw in the paper they were closed, it was very shocking to us," said Jamie Kresge of Clarks Summit.

"I was shocked! I had no idea, I hadn't heard about it. I just stopped in Beta Bread to pick something up, and heard they had closed on Tuesday. No idea," added Beth Welman.

The closing of Duffy's came as a surprise even to the owner of the building, who told Newswatch 16 he got a call saying it was their last day on Tuesday.

We spoke to Duffy's owner Eric Strohl by phone, and he told Newswatch 16 they had advertised on Facebook for about a week that they would be closing the coffee shop. Strohl says he is moving to a location in the Mid Valley area to focus more on a full-service restaurant, but didn't want to release too many details yet.

Despite opening a new business in the future, customers say they are sad to see Duffy's go.

"It's really a shame because a lot of people went there, they had mic night, I heard the last couple times there were quite a few people attending it. So we were kind of surprised it closed, it's sad to see they are closed for business," said Kresge.

"It was nice to just meet someone there for a cup of coffee, grab a little something to eat. My husband and I would sometimes stop and have something together, you know just a real nice atmosphere, very local-oriented, I felt like it was a good thing for our town, so I'm very sad they're not there anymore," said Welman.

No word yet as to what may fill the empty storefront on State Street in Clarks Summit.