We talked to the officer who says this incident is part of a larger problem illegal ATV use on city streets. 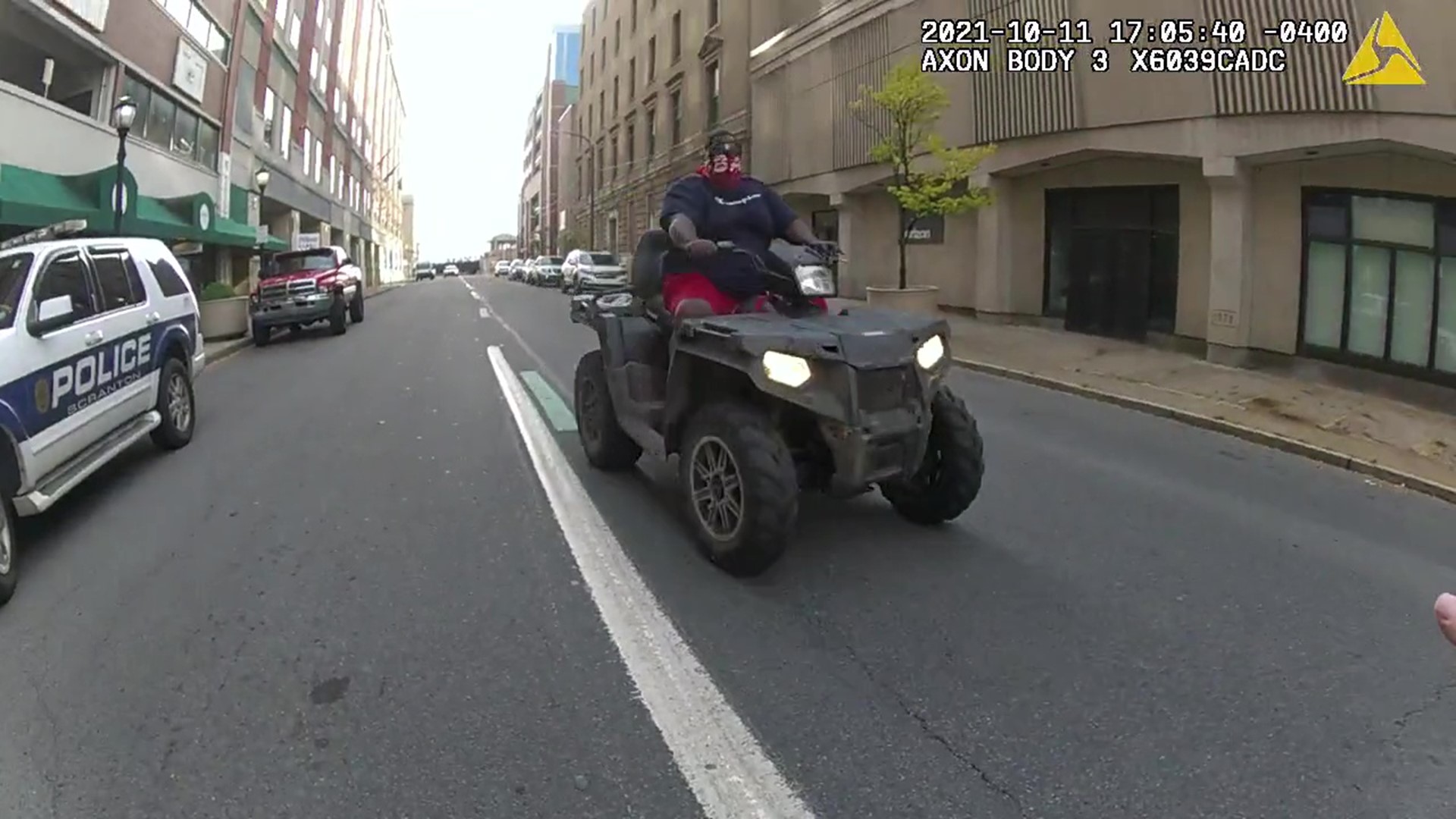 SCRANTON, Pa. — Police in Scranton have identified the ATV driver who almost hit an officer on a busy downtown street.

Body camera footage shows Scranton Police Officer Chris Hallock jumping out of the way of an ATV as it raced down Adams Avenue on Monday. The driver sped off without stopping and ran through a red light.

"You could tell that it was a stalemate for half a second where he made the decision that he wasn't going to stop. I was right in front of the ATV in full uniform with my hand extended to stop, and it was his decision just to gun it. So I guess the old game of chicken, he won that one," said Officer Chris Hallock.

Police say the driver is Tarik McNish. He's wanted for aggravated assault and reckless endangerment, and fleeing police, among other charges.

Ofc. Hallock says it didn't take long to identify him.

"Immediately, as soon as it was posted to social media, we started receiving tips, where he stores it, and his identity. And then his state parole officer was able to identify him along with several of our officers who've had several encounters with him."

Ofc. Hallock says if McNish had stopped, he would have faced a few citations and fines for illegally operating an ATV on a public street. Now, he's facing felony charges and jail time.

"Me, personally, I try not to make it too much of a hard day on someone, so I would've worked with him, even with the summary citations. And more of just had the talk, you know, this is unacceptable, especially downtown."

Hallock says not a day goes by where Scranton police don't get a call about ATVs on the roads.

"There's two types of people, even on our social media posts—people defending it and telling the cops to investigate real crimes. But they don't understand this is a constant, something that citizens are reporting to us and that we're observing. it Is affecting the quality of life for people."

Scranton police say McNish is aware of the arrest warrant, and they believe he plans to turn himself in.