SCRANTON, Pa. — It was a scary night for two families in Scranton.  A truck nearly crashed into their home. Looking at an image of a small car destroyed, ... 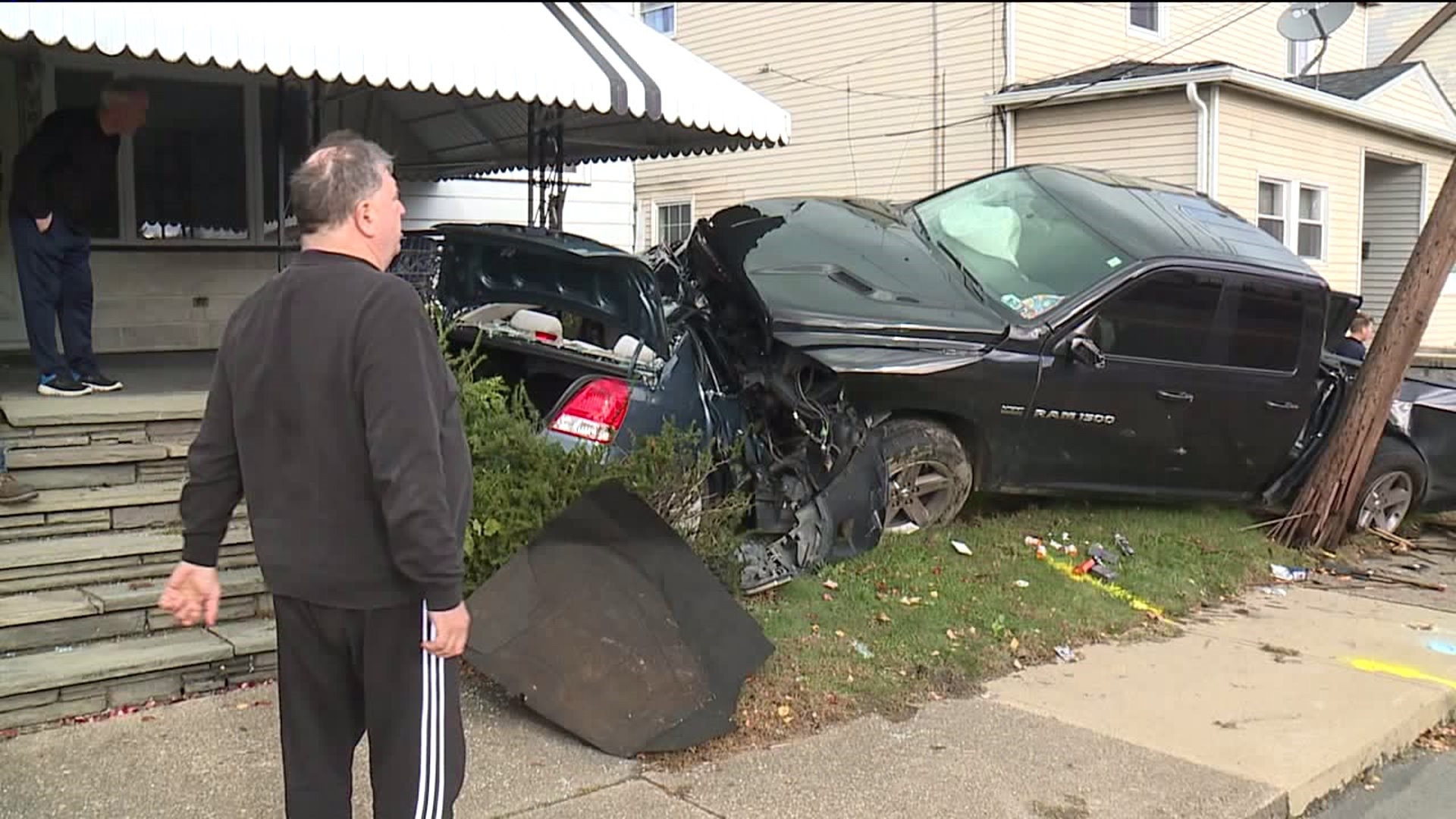 SCRANTON, Pa. -- It was a scary night for two families in Scranton.  A truck nearly crashed into their home.

Looking at an image of a small car destroyed, pinned underneath a truck, it seems almost impossible that nobody was hurt.

"Could've been a lot worse. It's a miracle that everybody's okay," said Leslie Edwards, neighbor.

William D'andrea lives in the home on Wheeler Avenue in Scranton and he was inside at the time.

"And all of a sudden I hear this 'Boom!' So I'm thinking it's thunder, from the rain and everything. So I get out and I walk out to the porch here, and I see this," said William D'Andrea, homeowner.

Her son had just bought this car.

Fortunately, nobody was inside it at the time.

"It's a miracle. My kids just got done Halloweening and they just went upstairs. So I mean 10 minutes earlier, they could have been in the car," said Edwards.

"If somebody was in that car there, they would have been dead. They never would have survived," said D'Andrea.

The car was parked in front of this house when the truck plowed into it, pushing it into the next-door neighbor's porch.

The smaller car was parked when this truck plowed into it and pushed it into the next door neighbor’s porch. Neighbors believe the truck driver was intoxicated and say he was taken into police custody. No one hurt. @WNEP pic.twitter.com/UVJ5quBlhf

"If that car wasn't there he was coming probably right through our home," said D'Andrea.

Neighbors who witnessed the crash say the driver was going full speed down Wheeler Avenue.

They say the man was taken into police custody and seemed intoxicated.

The road was closed off for more than 12 hours.

PP&L crews had to work on stabilizing the pole and the power lines before the cars could be towed.

"It's just a mess. We have no electricity. Everything's a mess," said Edwards.