SCRANTON — A driver accused of hitting a teenager and a school crossing guard turned herself in Wednesday morning in Lackawanna County. Prosecutors say th... 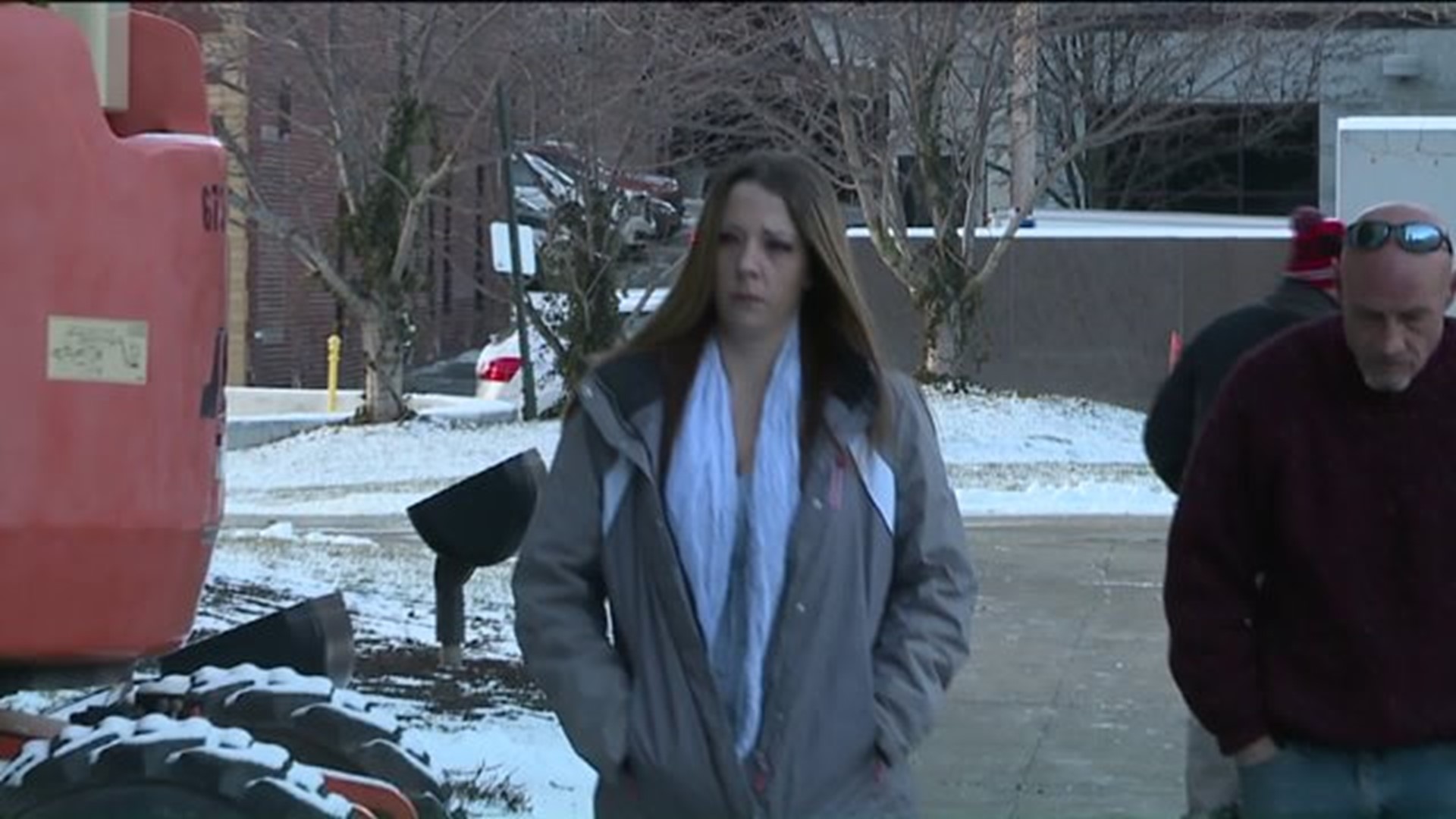 SCRANTON -- A driver accused of hitting a teenager and a school crossing guard turned herself in Wednesday morning in Lackawanna County.

Prosecutors say that driver from Scranton was under the influence when she hit the 14-year-old girl and a crossing guard in October of 2015.

It's the woman's third DUI case in just a matter of months.

That woman, Jamie Rutledge of Scranton, turned herself in at the Lackawanna County Courthouse and was arraigned on more than a dozen charges related to that crash in October.

According to court papers, Rutledge was under the influence of prescription pain pills at the time of the crash. Tests found she was in what's considered a toxic range.

Wednesday morning, she was charged with DUI, reckless driving, and failure to render aid.

Police say Rutledge hit a 14-year-old girl and a crossing guard on Pittston Avenue on October 29.

Rutledge is accused of leaving the scene to get her own kids out of school before returning to talk to cops.

Rutledge now faces the possibility of stiff penalties because the crash in October was her third DUI case in seven months.

Students on their way home from South Scranton Intermediate say they still think about that afternoon just before Halloween.

"Most of the eighth graders still do, because they were mostly Qua Angela's friends."

Qua Angela Richardson, 14, and a female crossing guard who had traffic stopped were hit by a car that day at the intersection of Pittston Avenue and Maple Street.

"The allegations are that immediately following the crash the driver left the scene of the crash on foot. She did return a short time later. However, there are charges for leaving the scene before providing identification or aid to the victims," said Scanlon.

This case is Rutledge's third DUI charge in just seven months. Prosecutors say her previous cases were still open. Her driver's license was still valid when she drove Pittston Avenue to pick up her own children from school.

Rutledge's attorney says since October she has gone to rehab.

"She did 28 days up at White Deer Run. She excelled in the program. She completed a lot of parenting classes as well up there," said her attorney Jeff Poplawsky.

Jamie Rutledge was taken to jail after her arraignment with bail set at $50,000.

Prosecutors say the 14-year-old victim in this case is still receiving treatment for her injuries.

The crossing guard was not seriously hurt.