Drinking up during the pandemic

The Pennsylvania Liquor Control Board reports its largest annual sales increase in history. 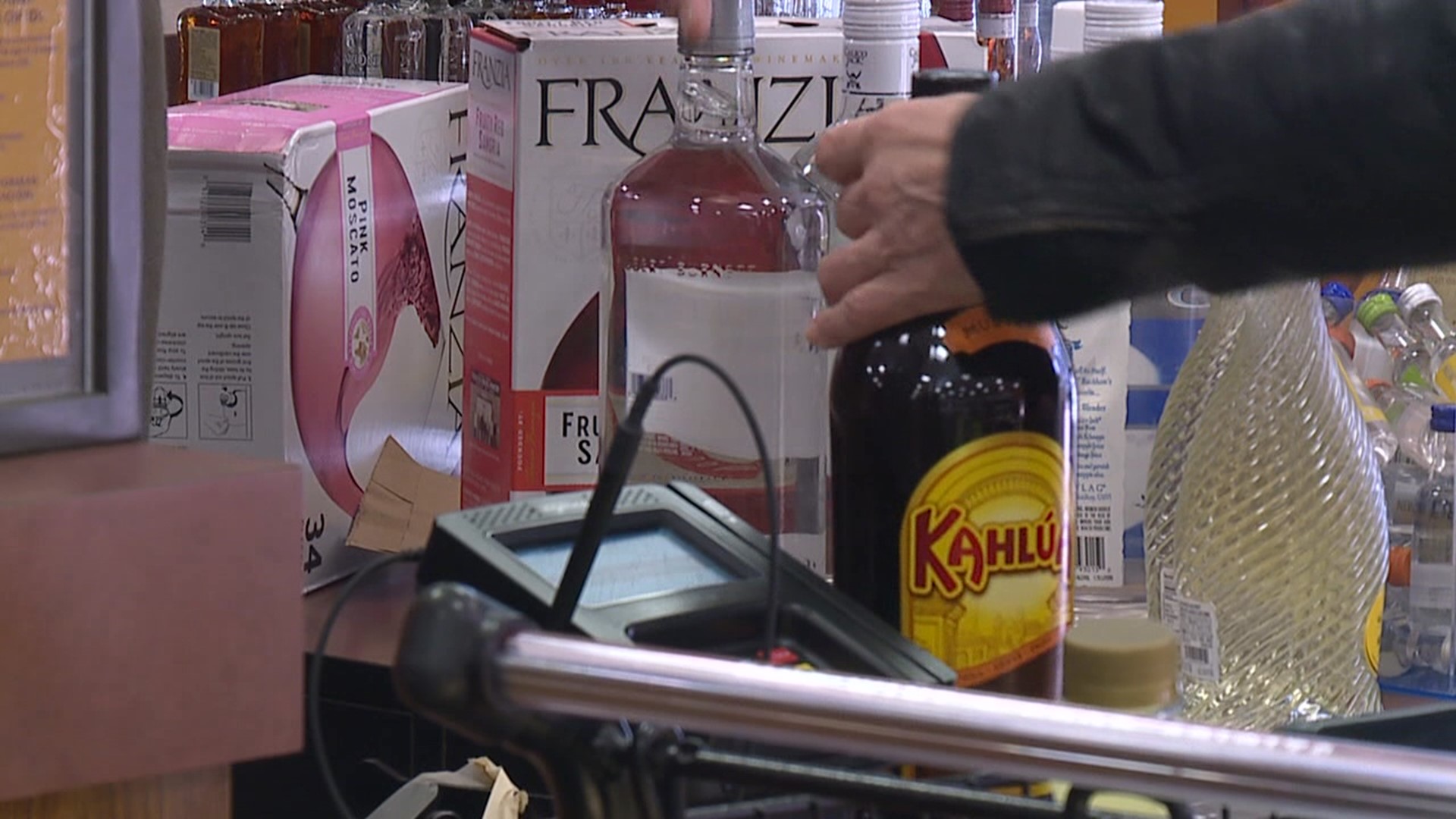 SCRANTON, Pa. — It was a record year at Pennsylvania's liquor stores.

But it wasn't just liquor flying off the shelves during the pandemic. The owner of Oak Beer Distributor in Scranton saw a big boost in business too.

"Oh yes, definitely a lot of people stocking up on the 30 packs and all the mix-n-match beer," said Ricky Patel.

And people who reported greater COVID-related stress also reported consuming more alcohol. Others cited boredom and increased availability as reasons for drinking more during the pandemic.

People we talked to weren't surprised by those findings.

"No, it doesn't [surprise me]. With all the chaos going on in the world, it seems like people are just trying to relax; they're stressed out," said Joseph Rachko from Taylor.

"That's a good excuse to get away from the reality of what's going on," said Steve Nittolo from Scranton.

"Because you weren't allowed in the bars, you can't sit with your friends and have a good time. You're stuck at home; what else can you do?" said Carol Romanowski from Scranton.

Addiction treatment centers saw a rise in new patients too. Amy Durham, CEO of Poconos-based Brookdale Premier Addiction Recovery, says the pandemic served as a trigger even for those who might not have had a problem before.

"Certainly because of the isolation, and people trying to quell their anxiety, I mean, this international pandemic was harrowing for people, and that was a way that they coped. Working from home, they would start drinking earlier. It was, I would say, problematic for people who probably didn't consider themselves in any type of danger zone," Durham said.

Because of product shortages and supply chain issues, the Pennsylvania Liquor Control Board has started to ration sales for certain items at all state-run liquor stores.

The two-bottle per day limit for certain products will remain in place indefinitely.

RELATED: Two-bottle limit on certain booze in PA due to supply shortage