An allergist from Scranton is on trial, accused of fondling two young medical students who were hoping to learn from the doctor. 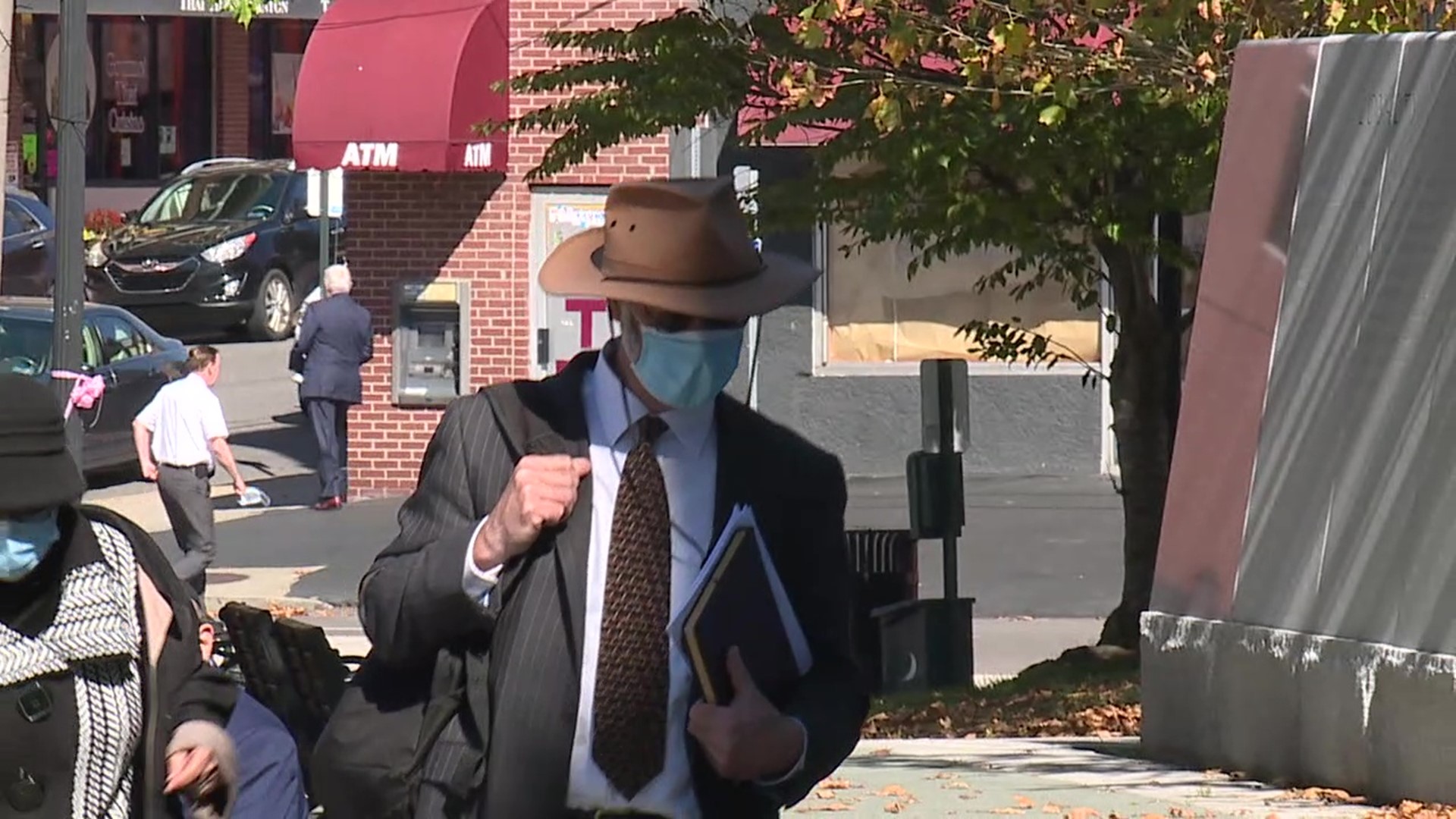 SCRANTON, Pa. — Dr. Joel Laury was charged in 2018 with indecent assault and other charges after two medical students accused him of inappropriately touched them at his office in Scranton.

On Wednesday, Dr. Laury explained in court that he meant no harm and only touched the women to teach them things they would go on to learn in medical school.

The Lackawanna County Courthouse is under COVID-19 protocol, so while a judge and jury watched Dr. Laury testify in a courtroom, spectators watched a live video feed from another room.

Laury took the stand in his own defense, answering accusations from two young medical students who were job shadows at Laury's office on West Olive Street in Scranton.

The women have similar stories, saying Laury inappropriately touched them and exposed himself in an exam room under the guise of a physical examination.

On the stand, Laury did not deny all of the conduct but explained he only meant to teach the students. Laury is an allergist and immunologist, but he testified that he feels many medical schools do not properly teach students how to do a physical exam, so he said that he taught the students about breast self-exams and how to check a patient's skin for melanoma.

While the women gave emotional testimony about the alleged abuse earlier in the trial, Laury explained his intentions were only educational.

Laury is also accused of inappropriate touching by a 13-year-old female patient. That case will be tried separately.

As for this case, testimony is scheduled to pick up again Thursday morning with Laury back on the stand for cross-examination. He faces a total of six felony counts.