A man complained that his dog was attacked by another dog and he fired his gun to save his pet, according to police. 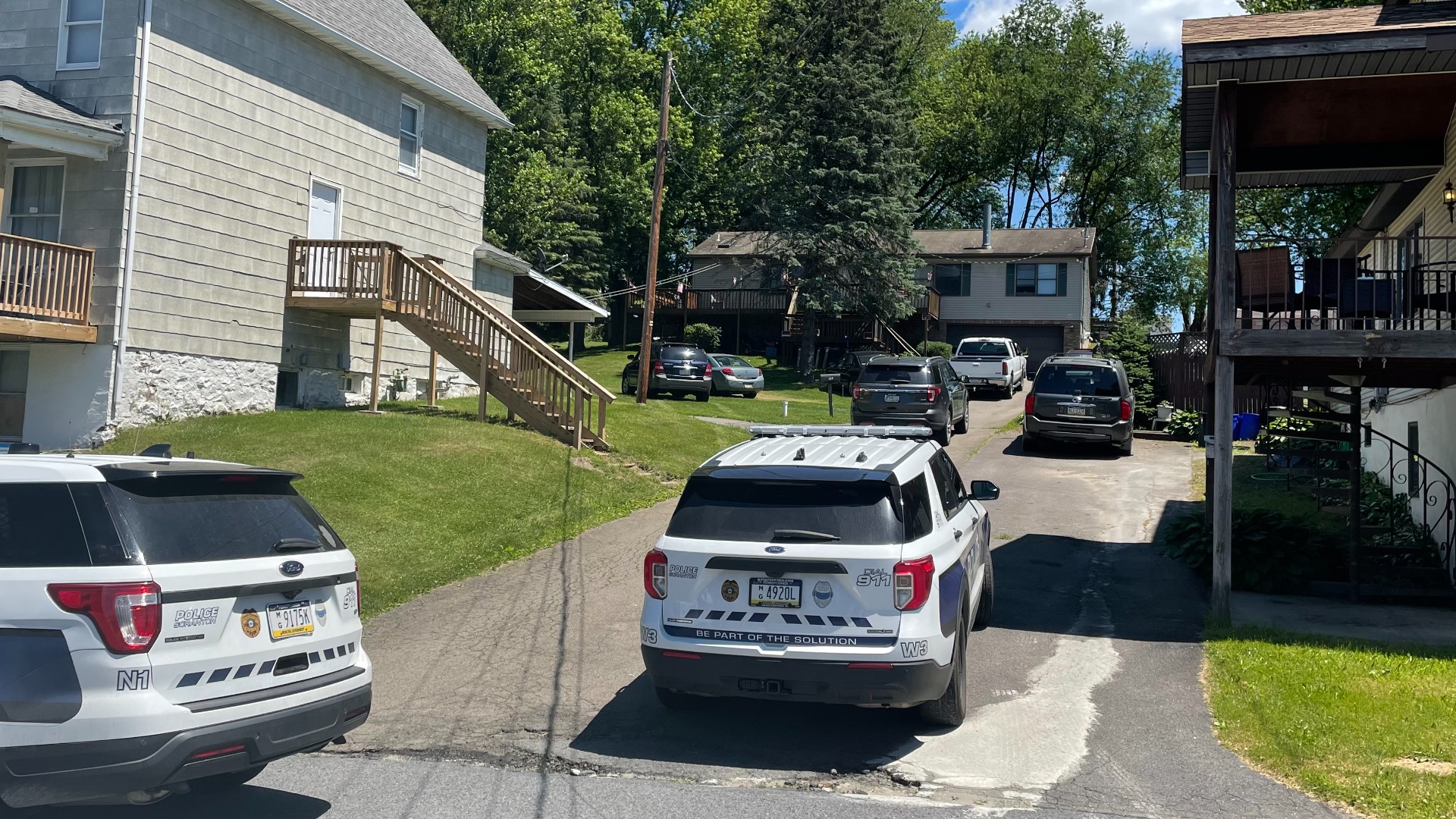 SCRANTON, Pa. — Scranton police were called to the city's west side Thursday afternoon after neighbors say they heard arguing and several gunshots.

Scranton police said the incident happened around 1 p.m. A man complained that his dog was attacked by another dog, and he fired his gun to save his pet.

Neighbors who live along the 100 block of South Grant Avenue say their quiet afternoon was broken up when they heard yelling in a nearby backyard. That yelling was followed by the sound of several gunshots.

Those shots were fired after a man says his dog was attacked by a loose dog, and he fired at the dog to save his own.

The Scranton police chief says the man was walking his dog on a leash on the sidewalk when he says a dog from a couple of houses away charged at them and attacked his dog. When he couldn't separate the dogs, he went inside, grabbed his pistol, and shot the dog.

Scranton police were interviewing people on the scene, and at times, emotions were high between the family of the dog shot and the man who fired the gun.

The chief also says the district attorney's office will be contacted to see if any laws were violated for discharging a weapon in the city and to determine if a crime was committed.

Animal Control will follow up to see if any prior complaints were filed on the dead dog or if there were any previous problems with neighbors.

The man who shot the dog was not taken into custody, and no charges have been filed.