Troopers say the black lab was on a leash in his own backyard when he was killed. 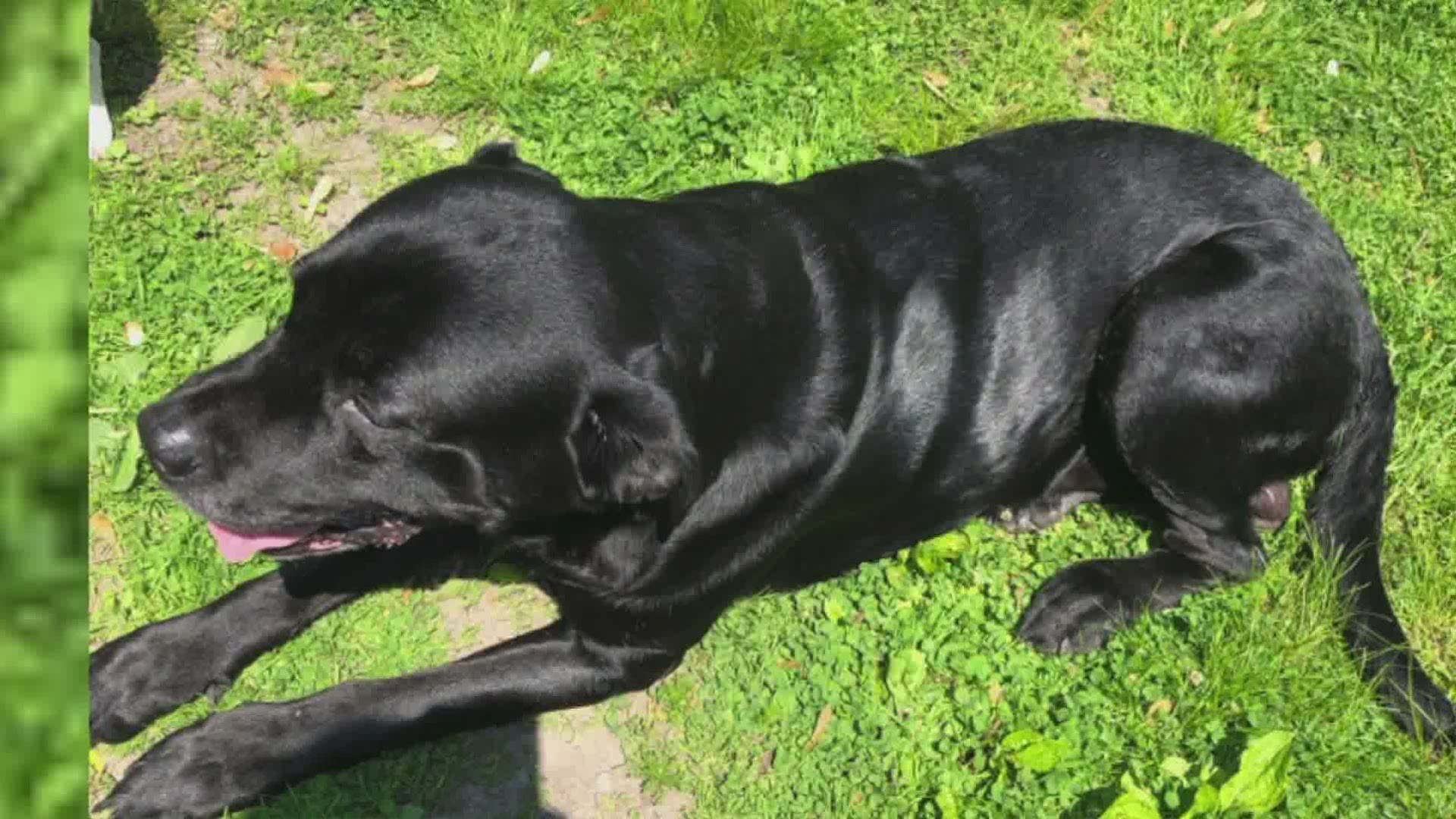 LACKAWANNA COUNTY, Pa. — .State police are searching for the person who killed a dog with a bow and arrow in Lackawanna County.

The 7-year-old lab named Zorro was rushed to an emergency vet clinic shortly after his owner noticed he had been shot, but Zorro didn't make it.

Zorro's owner says the worst part of all this has been trying to understand why someone would harm a dog on a leash.

Tim Thubborn typically puts his dogs out on a lead in his backyard in Ransom Township every morning, and it was just a typical morning two Fridays ago when he put his Zorro out in the backyard.

Thubborn had just gone inside when he heard Zorro make a sound.

"I heard him yelp. I came outside, and he ran into the house bleeding," Thubborn recalled.

The evidence was left in the yard. Thubborn found two hunting arrows. One of them had gone right through Zorro's body. They rushed to the emergency vet clinic near Clarks Summit, but Zorro had lost too much blood, and the arrow had punctured his liver.

Thubborn said, "Not knowing who did it, or why, that's the biggest question. Why?"

Thubborn says there are a few things that make this especially unusual. First of all, this happened around 8 a.m. Also, his house is right across the street from Cascades Tissue, a manufacturing plant that runs 24 hours a day. Plus, his home is surrounded by other homes filled with neighbors he's known his entire life.

"Everybody was shocked, I mean, everybody couldn't believe it. They're like, 'where was he? Was he running free?' I'm like, 'No, he was tied,'' Thubborn said.

Thubborn now won't let his other dog, Bully, out of his sight. He hopes whoever is responsible for killing Zorro will come forward.

"I'm not sure what to make of it, really. I mean, he was tied out. It's not like he was running free. I mean, to shoot an animal that's tied, that's the biggest thing that's got me."

State police are investigating Zorro's death. They were back at Thubborn's home on Wednesday, searching the property for evidence but so far have no leads.

Anyone with information is asked to call state police in Dunmore.