A doctor in Scranton is accused of overprescribing opioids in return for kickback money from a drug company. 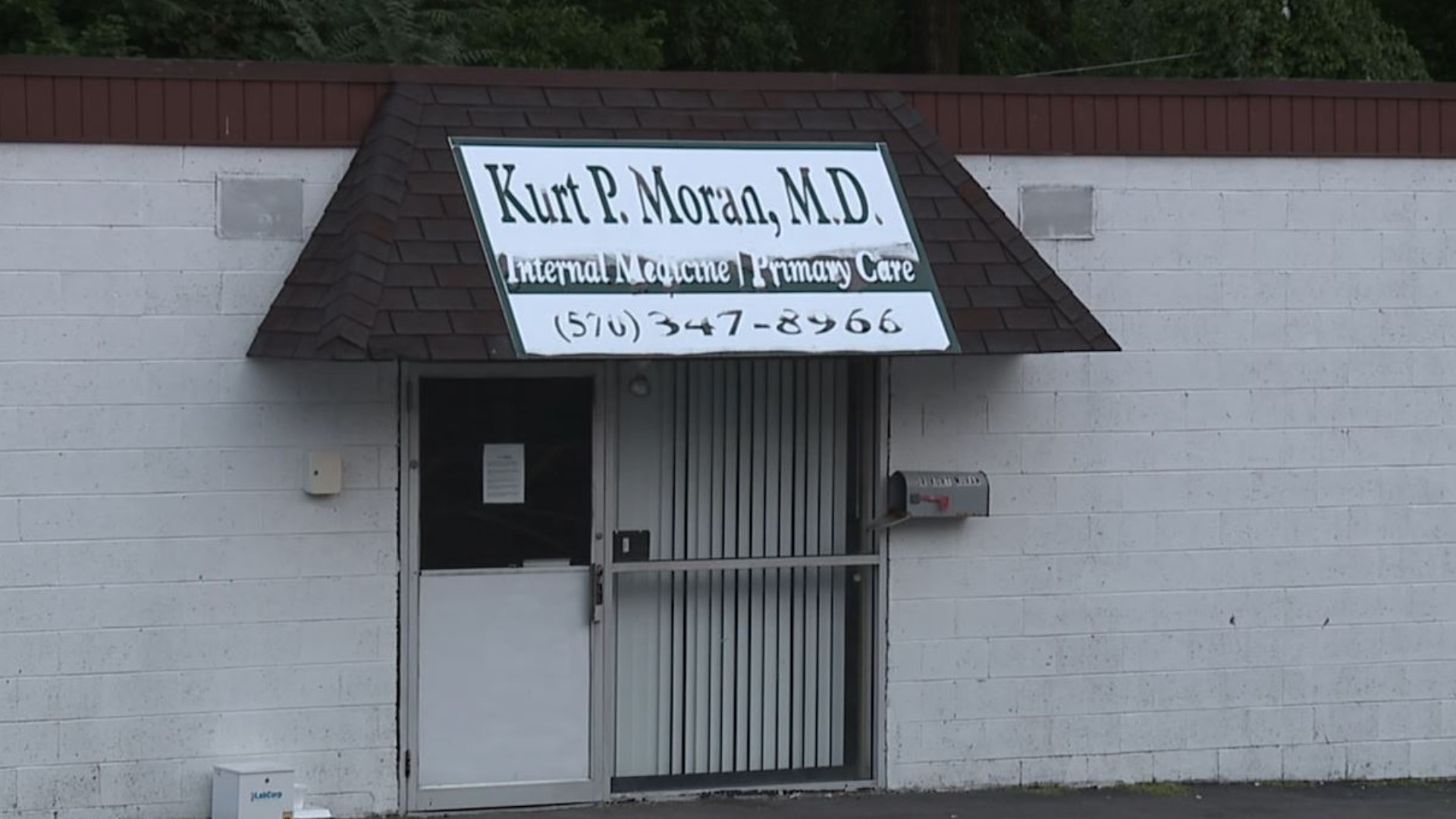 SCRANTON, Pa. — A doctor in Scranton has been charged with overprescribing opioids to his patients in return for kickback money from a drug company.

According to court paperwork, two of his patients died from overdosing on the drugs he prescribed.

68-year-old Dr. Kurt Moran appeared in federal court in Scranton Wednesday afternoon and pleaded not guilty to the charges against him.

It's alleged he was paid thousands of dollars in kickbacks to prescribe a drug called Subsys.

Back in 2018, federal agents raided his office in the Green Ridge section of Scranton. Federal agents took box after box of patient files from Moran's office.

More than two years later, the doctor is accused of being a part of an elaborate scheme to overprescribe an opioid called Subsys to 13 of his patients.

According to court paperwork, two of his patients, a 35-year-old man and a 32-year-old woman, overdosed and died from the drugs he prescribed.

Martin Henehan works at Lakeside NEPA, which is an outpatient drug and alcohol treatment center.

"Once we become physically dependent on the drug, it becomes the paramount thing in our lives to continue to get to that comfort level that our minds remember," Henehan said.

The indictment said the drug company paid Moran kickbacks to prescribe the drug and disguised those payments as speaking fees.

It's alleged Moran was paid $140,000 over the course of two years to prescribe this drug.

Martin Henehan said his wife was a patient of Moran's years ago. He said his wife had a back injury, and the doctor overprescribed pain medication to her as well.

The company that allegedly paid kickbacks to Moran, Insys Therapeutics, last year agreed to pay a $225 million settlement to the government.

Moran was released on his own recognizance.

If he is found guilty, he could spend life in prison.