With public swimming pools closed, officials think more people will be tempted to cool off at illegal swimming holes. 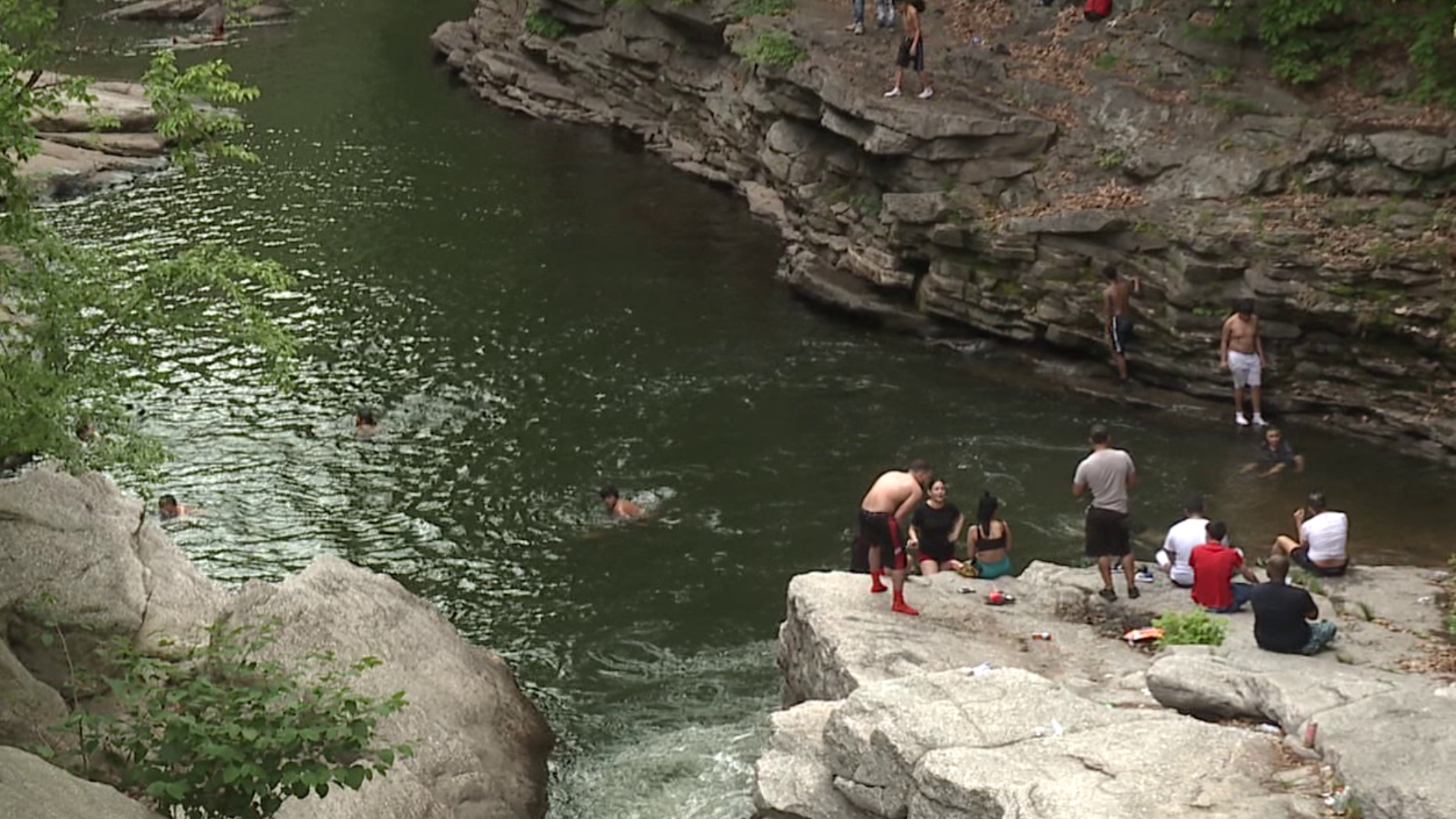 SCRANTON, Pa. — It's not even summer yet, and already the gorge at Nay Aug Park in Scranton is drawing a crowd.

Despite it being prohibited to swim in the gorge, folks just can't resist breaking the rules.

That includes three friends walking along the trails.

"It depends on what part you jump in at. Like there's some parts that a lot of people go, right off the cliff, but there are other parts, where it's more relaxed, have a good time," said Dillon Dante from Hamlin.

"It's safe, we know the spots that are good to go to, we don't really jump in," said Brittany Reinert from Dickson City.

Already dive and rescue teams are running out to save illegal swimmers.

Earlier in the day, crews from the Gratten Singer Hose Company in Fell Township were called out after a 13-year-old boy got stuck underwater. He was taken to an area hospital.

The night before, 16-year-old Devin Janvere of Tobyhanna was pulled from the Francis Walter Dam in Bear Creek Township after jumping roughly 30 feet into the water. He was pronounced dead at the scene.

"We've had nine responses so far this year," said Bill White, who is the captain with the Dive Rescue Specialists in Lackawanna County.

He believes water rescues will increase this summer due to cabin fever from COVID-19 and municipal pools, including Scranton's, remaining closed.

"They take chances, they jump off of rocks, cliffs and this is so dangerous. It's not like a pool where you have lifeguards and so on," said White.

White says if you are going into a body of water, such as the gorge, you should always wear a life jacket, or as rescue crews call it, PFDs, personal flotation devices.

"We've never had a person drown who was wearing a PFD," said White.

Scranton police say they will be patrolling the gorge and citing illegal swimmers, including a man who was rescued from the water there on Tuesday.