American Legion Riders from South-central PA donated a wheelchair to the location in Lackawanna County Tuesday. 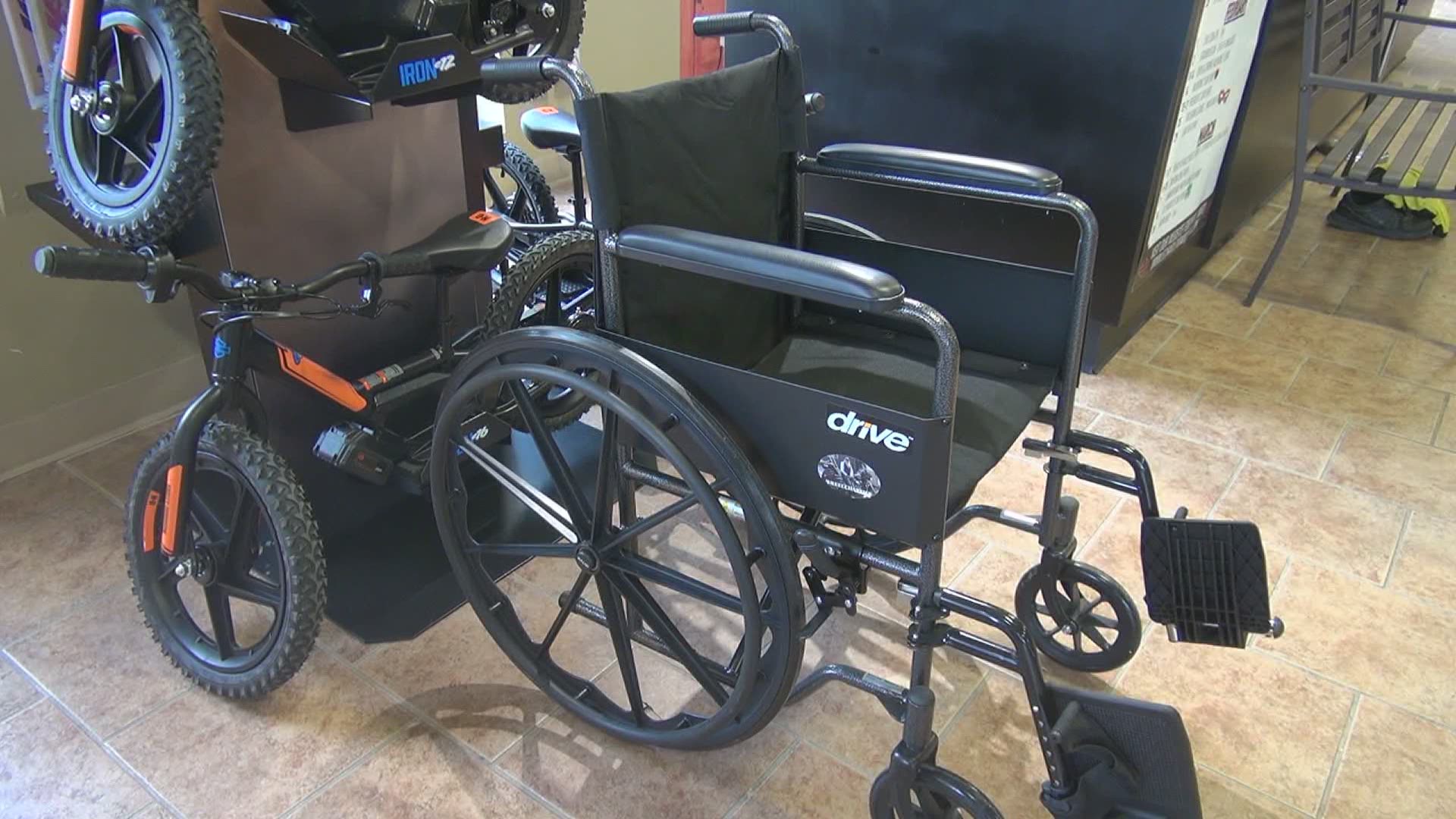 DICKSON CITY, Pa. — A disabled veteran originally from Pennsylvania is on a mission to help others like him while they are shopping in Harley-Davidson stores. Electric City Harley-Davidson in Dickson City was the 30th location in the state to receive the donation Tuesday.

"We've covered pretty much all of Pennsylvania. We've been out to Pittsburgh, up to Erie, out to Philadelphia," said Lei Shatzer.

Lei Shatzer and her husband Monte, are going to every Harley-Davidson locations across the state to donate a wheelchair for the store.

"That somebody cares. That someone appreciates what they have done for us. It's a small thing," Monte said.

This is actually a nationwide mission. An amputee veteran named Lt. Dan Holman was using crutches in a Harley-Davidson in Las Vegas about a year ago when he decided a wheelchair would be a lot easier.

Lt. Dan started the mission to get a wheelchair in every Harley location across the country for disabled vets - or anyone in need - to use while they shop.

"I just think there will be a lot of grassroots support for it. It's just a great idea. The American Legion Riders and the Harley-Davidson community have worked very closely together in the past, and I think we'll continue to do that in the future," said Jeff David, Electric City Harley-Davidson General Manager.

Lt. Dan recruited Lei and Monte Shatzer from Greencastle American Legion Post 373 to be the representatives delivering across the entire state.

"At least to let them know that we appreciate them, and here we want to do something for you also while you are here," Monte said.

Lt. Dan has already gotten to work in 14 states. Here in Pennsylvania, Lei and Monte are honored to be the ones chosen to deliver the wheelchairs.

"We met a lot of nice people. Seen a lot of dealerships," Lei teared up.

All of the wheelchairs given to the Harley-Davidsons across the country as part of Lt. Dan's mission were donated by the company Drive.