VIEWMONT MALL — A fusion of two big-box retailers opened up Friday in Lackawanna County. The combo of Dick’s Sporting Goods and Field & Stream i... 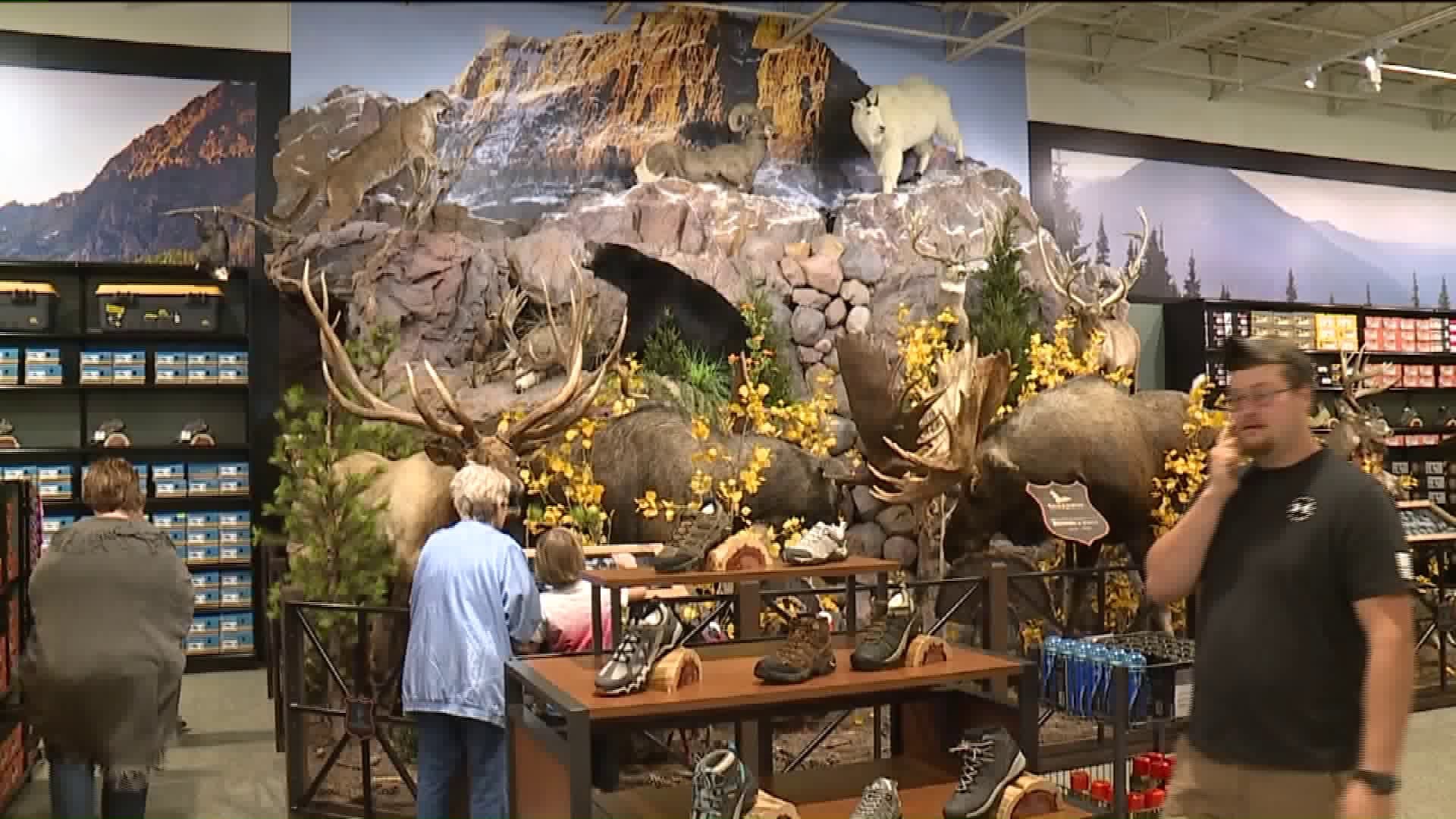 The combo of Dick's Sporting Goods and Field & Stream is filling a need for customers who love the outdoors.

Dedicated hunters are willing to go just about anywhere to prepare for the upcoming season. Kevin Silfee of Jermyn says he used to have to travel a few hours away to see this kind of selection.

"Don't have to drive all the way to Cabela's in Hamburg," he said.

Silfee was one of the first customers inside the new combination store of Dick's Sporting Goods and Field & Stream -- a haven for hunters, fishermen, and team sports fans alike.

Manager Cris Duman showed us around the 94,000-square-foot space, the biggest storefront dedicated to the outdoors in the area.

"Right in front of the archery opener, so our business is going to be primarily to this side of the store. With archery right around the corner, it's definitely the perfect time to open up the building," Duman said.

"This is the closest Field & Stream. The next closest is Harrisburg, and there's not very many. There are only 29 locations throughout the country. We're lucky enough, and we're very proud to have one here at Viewmont Mall," said mall representative Amanda Hoprich.

This location is one of the biggest combinations of Dick's and Field & Stream in the country.

"I knew that they were having a soft opening today, so I wanted to see the difference. I realized at my tender young age I might need a scooter to get around in here," said Ron Yevitz.

Yevitz of South Abington Township was a frequent customer of Dick's former location in Dickson City. he says the new store in the Viewmont Mall is definitely an upgrade.

"It really is impressive just glancing at what they did. I think it's great how they were able to take the back of the mall and convert it to this and Field & Stream and the other store, so I think they'll all do well here."

Dick's and Field & Stream will host an official grand opening next weekend.