COOLBAUGH TOWNSHIP, Pa. — As night fell, the snow crews were out in force, pushing away all the snow that fell throughout the day. Their heavy lifting was... 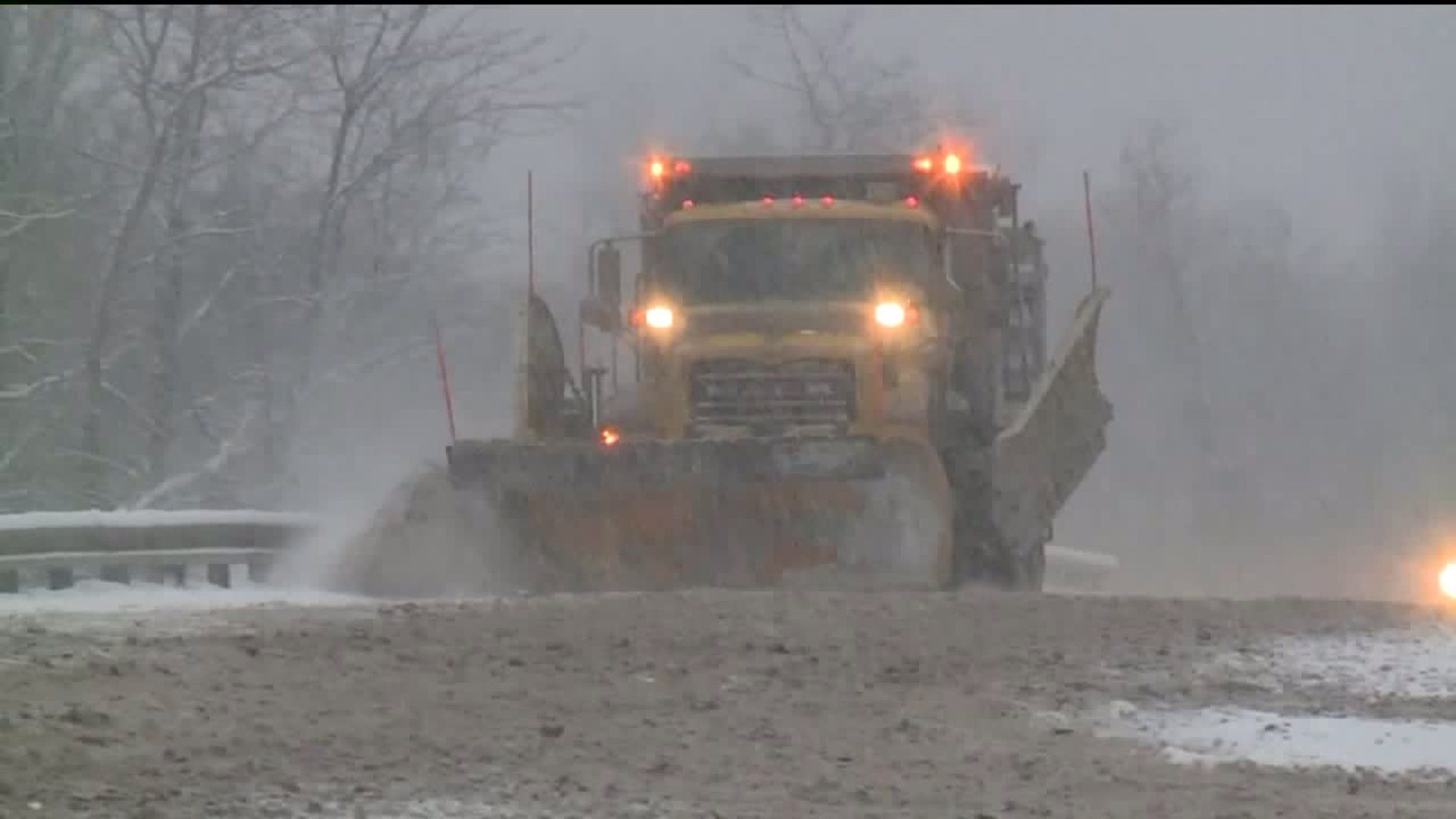 COOLBAUGH TOWNSHIP, Pa. -- As night fell, the snow crews were out in force, pushing away all the snow that fell throughout the day.

Their heavy lifting was necessary as both Interstate 81 in Lackawanna County and Interstate 380 in Monroe County were slushy, slippery messes.

Drivers at a rest stop off I-380 near Gouldsboro weren't looking forward to getting back on the highway anytime soon.

“We're coming from Arrow Head Lakes and it's horrible. We're sliding all over the place, can't get up hills and fishtailing,” said Samantha Carroll from Clifton Township.

“As I can see right now, the roads are getting terrible,” said Darnell Moment from Tobyhanna. “It was supposed to stop an hour ago, so they say and now, it just seems like it's going on forever and ever, so I don't know.”

For those traveling through on buses, it was a dicey ride to their destination.

“Scary, very scary, the terrain, it was just overwhelming. I think the driver is doing a phenomenal job,” said Althea Malabre who was returning to New York on a trip to Canada.

When that happens, truck drivers say there's not much you can do.

People say they actually welcome the speed and vehicle restrictions, saying it's better to be safe than sorry.

Many say they'd rather not repeat the traffic nightmare on I-380 last March when the highway was shut down during a storm.

“You just don't want to get caught out there, like, especially the storm last year. It's bad. Everybody was just caught out there. There was no type of help, no type of transportation anywhere,” said Moment. “So the less vehicles the better, you know?”