EYNON — A coal waste fire in Lackawanna County is still burning but officials don’t know how deep or how wide it goes. Crews started fighting the fi... 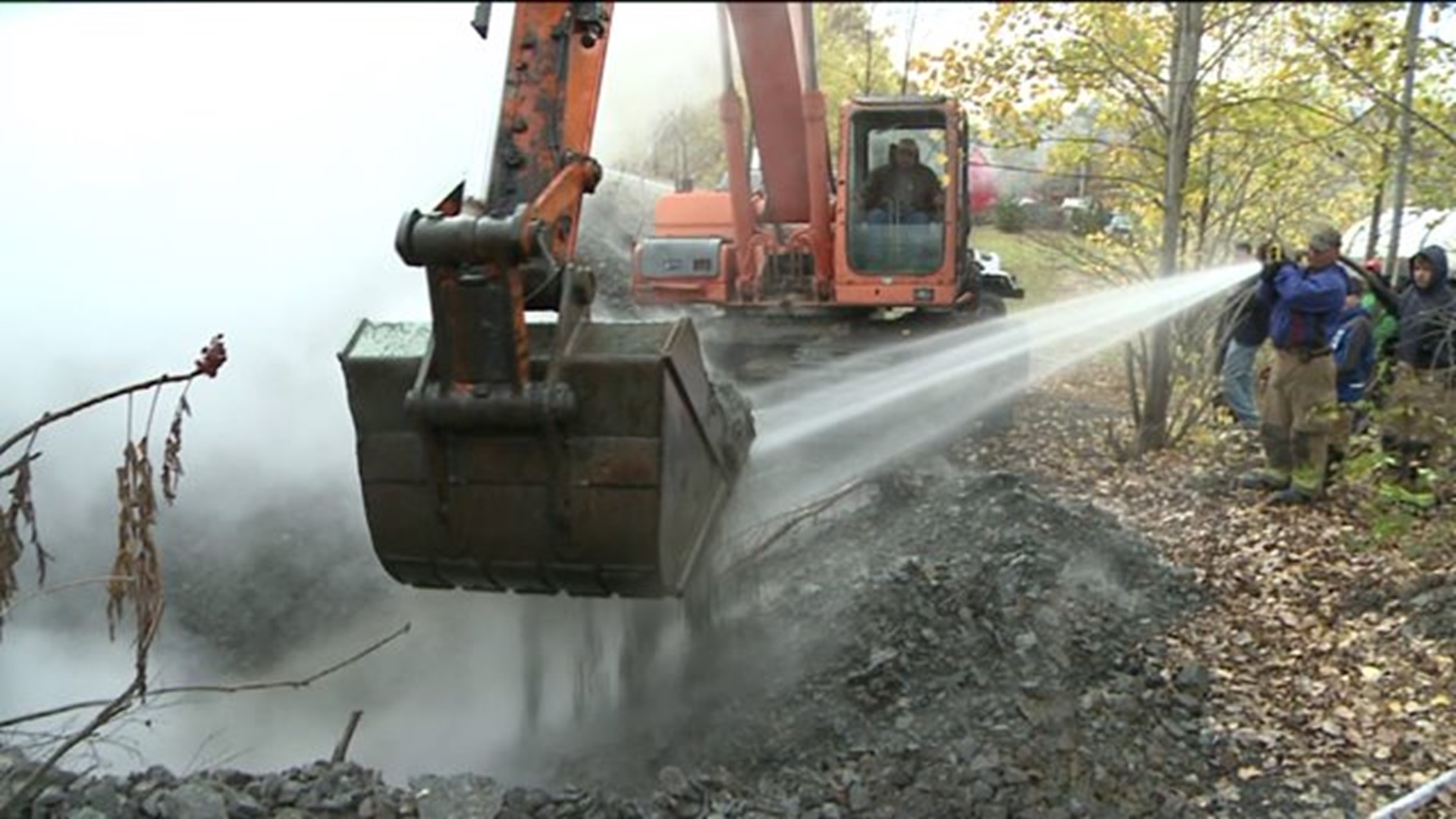 EYNON -- A coal waste fire in Lackawanna County is still burning but officials don't know how deep or how wide it goes.

Crews started fighting the fire at a park in Eynon on Monday. Now, the Department of Environmental Protection has taken over.

By the looks of it, you might think crews were finishing their work at the scene of a coal waste fire in Eynon, but in reality the work is only beginning.

"I will feel better when they actually knock on my door and tell me that it's out."

Under direction from the DEP, Archbald borough crews filled in the hole and capped it off with a few feet of dirt to keep everyone safe. Now it's up to the DEP to find out how far the fire is burning underground and how close it is to nearby houses.

"The size of it, and how far it goes into the ground here, and then from there they'll decide what they're going to do. They're going to have to bring in water. There are no water sources here. It's a big project, it's going to be," said Archbald council president Joseph Simon.

Neighbors including Tara Krupovich are afraid their properties are at risk.

"We are very concerned at this point, you know, health reasons and value of property. So, hopefully they can get somebody up here to get it taken care of."

Krupovich says she and her family were overcome by sulfur-smelling smoke when crews were fighting the fire. The fact that their neighborhood looks and smells better now doesn't make them feel any better.

"Not really, because I know it's still burning technically under there. You know, I will feel better when they actually knock on my door and tell me that it's out."

DEP officials say over the next few weeks, crews will drill bore holes on this land at Staback Park. It will help them figure out just what they're dealing with and how long it will take to get the fire out.