DUNMORE — Opponents of a proposed expansion of a landfill in Lackawanna County received some ammunition this week. The Pennsylvania Department of Environm... 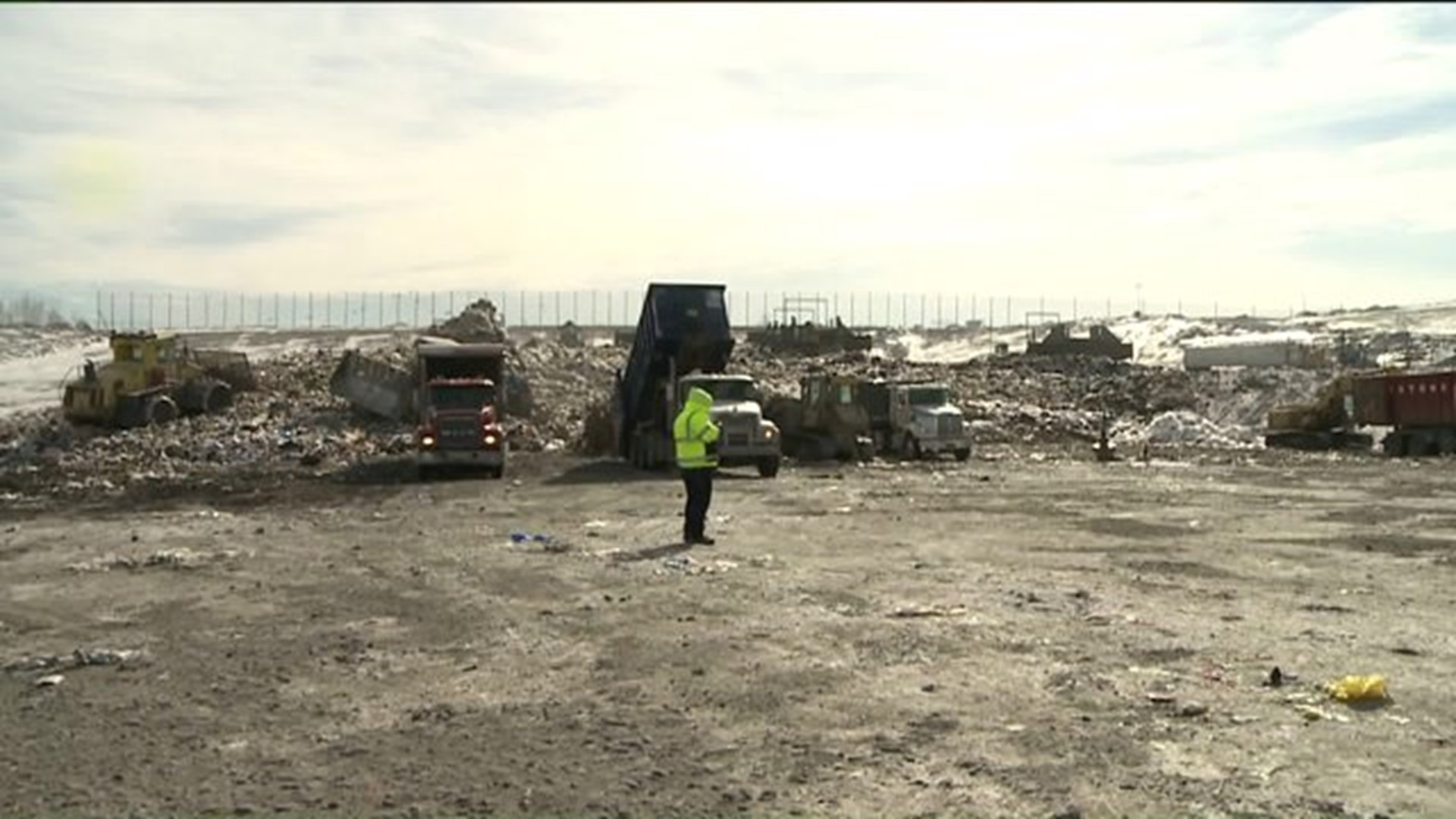 DUNMORE -- Opponents of a proposed expansion of a landfill in Lackawanna County received some ammunition this week. The Pennsylvania Department of Environmental Protection cited the Keystone Sanitary Landfill for violations.

Those three DEP citations handed over to the Keystone Sanitary Landfill this week have to do with the landfill's management of leachate or groundwater that flows through the garbage.

Much of the work that goes on at the Keystone Sanitary Landfill in Dunmore doesn't actually have anything to do with the garbage that's dumped there. Instead, it's managing the methane gas and liquid given off by its mountains of trash.

We now know that runoff water, called leachate, spilled twice this year and the landfill was cited for that and other leachate violations.

The DEP says Keystone took several hours to notify the state agency of the first spill back in April.

Plus, when DEP officials were reviewing the landfill's proposal to expand, they found that leachate has been leaking from the landfill, possibly for several years.

Mulligan is the president of the Green Ridge Neighborhood Association. The group of neighbors has its own lawsuit against the landfill over fears that leachate has been leaking through a pipeline under the city of Scranton.

Those fears are still not confirmed, but the DEP's findings further anger a large group opposed to Keystone's proposed expansion.

"They'll be upset, obviously, that some of this information is just now coming out," said Mulligan. "In light of the fact that we are involved in litigation in regard to the leachate, I think our response will be measured, but I think people are just concerned."

We talked to officials from the landfill who say all of those violations have already been fixed and this latest news should not affect the landfill's worthiness to expand.