TAYLOR — The State Department of Environmental Protection said a pile of construction waste that caught fire in Lackawanna County was illegally dumped. Of... 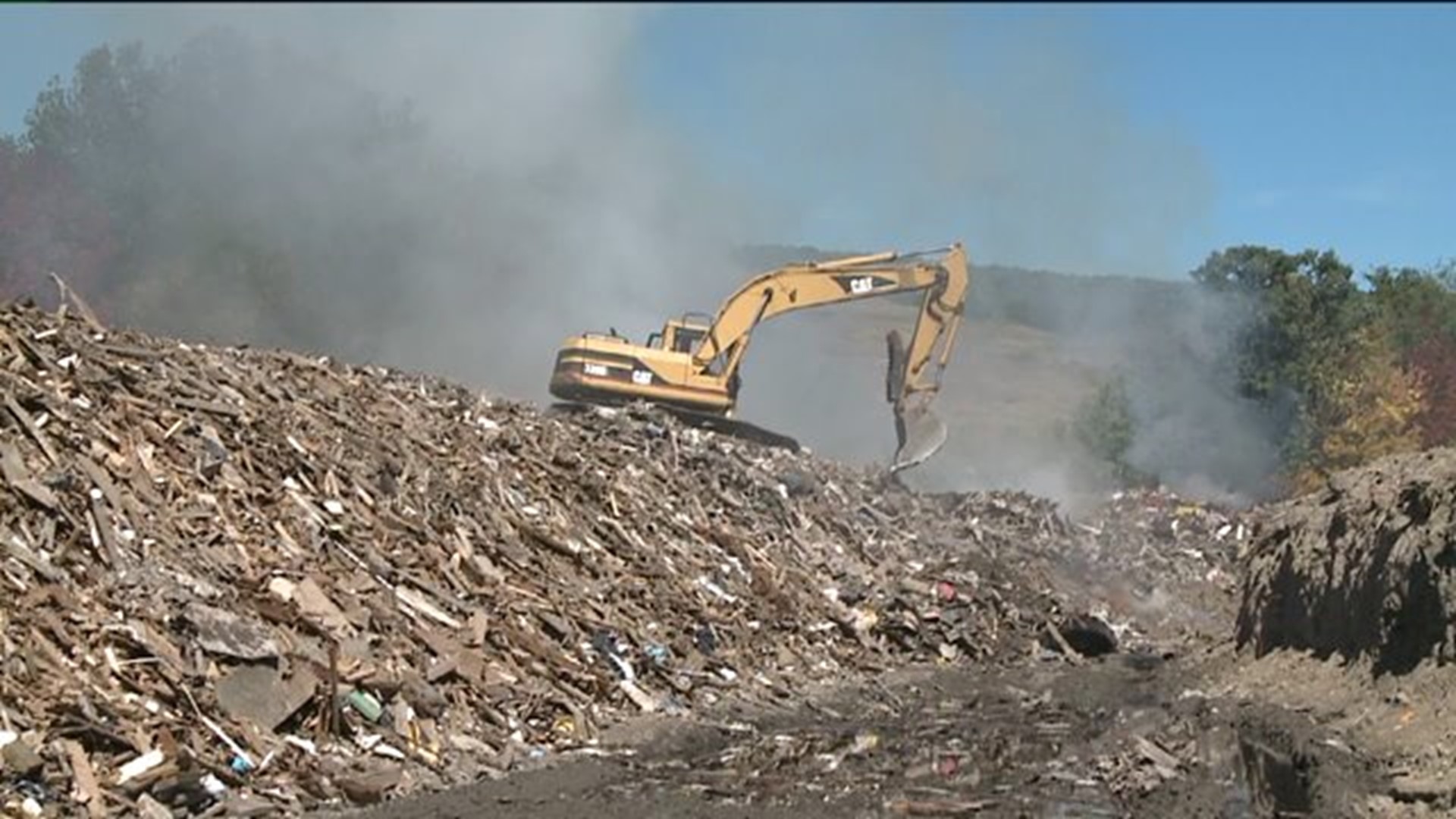 TAYLOR -- The State Department of Environmental Protection said a pile of construction waste that caught fire in Lackawanna County was illegally dumped.

Officials said it should have been cleaned up earlier this month. Now, the property owner could face penalties from the DEP.

Taylor firefighters said they did not know quite what they were dealing with when they were called to the fire Monday night.

It was still burning more than 12 hours later on the property of A-Plus Powerwash on South Keyser Avenue.

The pile of rubble is longer than a football field, and sits less than half a mile away from a neighborhood in Taylor. Neighbors told Newswatch 16 they did not even know it was there.

The DEP said, it was never supposed to be there in the first place.

According to paperwork filed by the DEP, the property was inspected in early August and the owners of A-Plus Powerwash were ordered to remove the waste within 30 days.

DEP officials said the owners allowed another business or individual to illegally dump on the land.

"[It] wasn't cleaned up and last night's fire is the result, the sad result," said DEP spokesperson Colleen Connolly.

Neighbors in Taylor first noticed the smoke, then the ashes that collected on their windows and cars.

"My first concern are the VOC's in the air that get burned off and things of that nature. They're always my concern," said Eric Marchington of Taylor.

Marchington said since his neighborhood is near a landfill. He noticed the changes to the landscape but didn't think anything of it. Illegal dumping though, is more of a concern.

"Because of course, it can catch fire and cause an issue like this. It can harm people and things of that nature, is it a surprise? No. It's not a surprise," Marchington said.

DEP officials said the person accused of dumping the waste in Taylor is also accused of doing the same thing in Carbon and Schuylkill Counties.