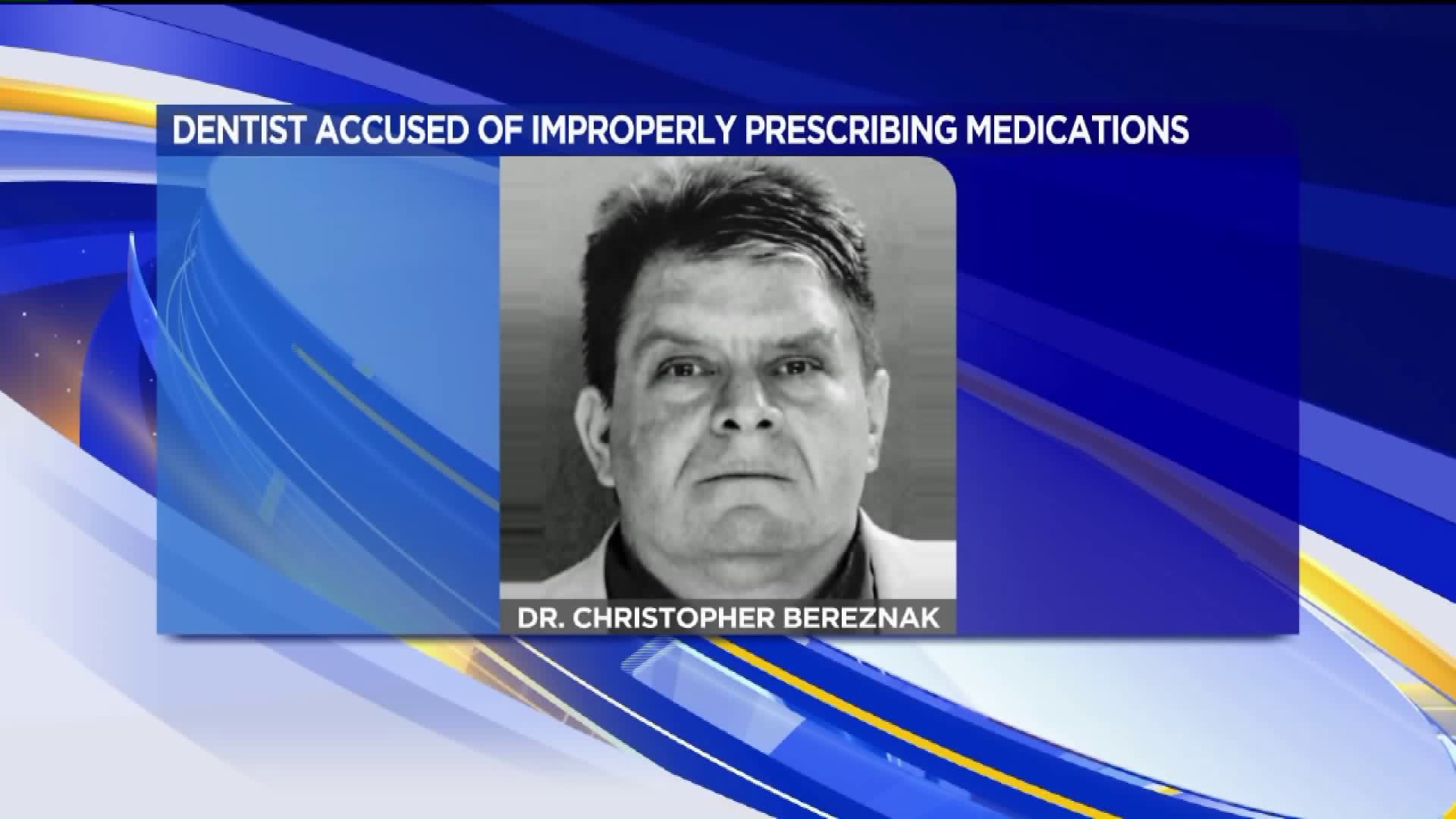 Christopher Bereznak, 47, of Clarks Green, is charged with ordering illegal prescriptions for prescription pain killers for a woman he met on Craigslist with whom he became romantically involved.

Authorities in Lackawanna County say Bereznak is a dentist with an office on Route 6 near Tunkhannock.

They say he provided free dental work for a woman, Ashley Gammon, 25, after hours, then got her prescriptions for pills, including Oxycodone and Percocet.

In downtown Tunkhannock, people were surprised with the news.

They say they obtained Bereznak's cell phone which showed 999 text messages between Bereznak and Gammon sent between June 8 and July 19 of last year.

Investigators say those text messages confirm the couple was romantically involved and that Bereznak was writing prescriptions for Gammon for several pain killers.

“It's like you wouldn't think of someone doing it in a small town like this but it happens I guess,” said Tyler Green, Tunkhannock.

Police say Bereznak placed orders at these pharmacies in Olyphant and Dunmore at Gammon's request and she would pick the pills up.

Police say texts between the two show a pharmacist called his office questioning the combination of pills.

“It's just sad that people can stoop that low to allow that to happen. You just hope that they either don't do it or you find some way to get them out and obviously he got caught and he won't be a doctor anymore,” said Green.

Investigators say Gammon died on July 20 of last year but that was not related to the prescription drugs.