TAYLOR, Pa. — Democrat Bridget Malloy Kosierowski has declared victory in the special election in the 114th District to fill the seat left vacant after St... 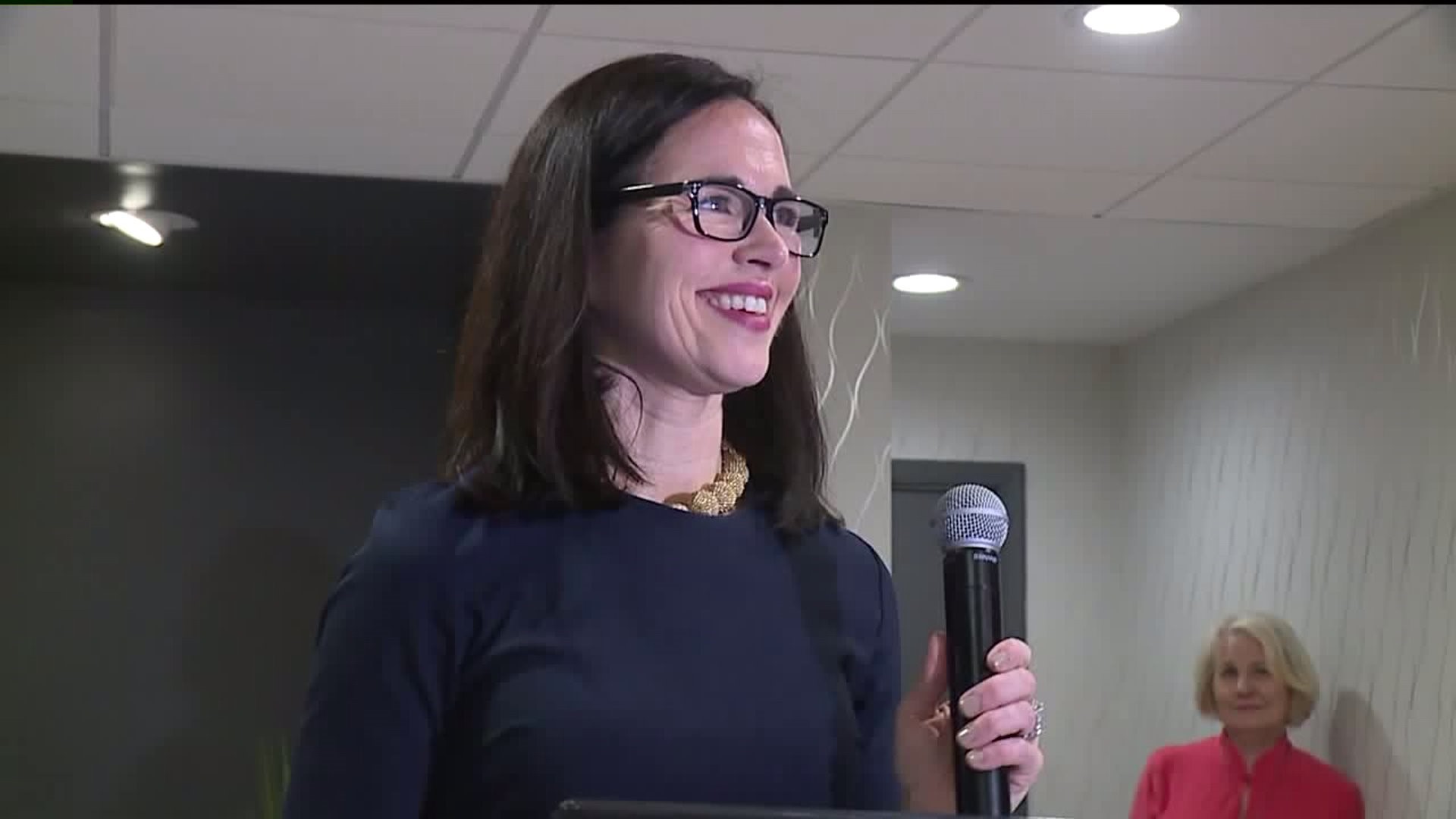 TAYLOR, Pa. -- Democrat Bridget Malloy Kosierowski has declared victory in the special election in the 114th District to fill the seat left vacant after State Rep. Sid Michaels Kavulich passed away in October.

Kosierowski was facing off against Republican Frank Scavo. Unofficial results have Kosierowski with 62.44% of the votes to Scavo's 37.56%.

After a whirlwind campaign, it was a celebration in Taylor where Kosierowski claimed victory in front of a room of supporters.

Both candidates had been seeking the seat in Harrisburg left vacant by the sudden death of Democratic State Rep. Sid Michaels Kavulich.

In her victory speech, Kosierowski remembered the late lawmaker.

"In my travels up and down this district, the 114th, many, many people asked me, will I do what Sid did for them. He was much loved and very missed. I intend to do that," Kosierowski said.

Kosierowski, a nurse and first-time candidate, focused her campaign on better health care while Scavo ran on a platform of eliminating property taxes to help the elderly.

Scavo tells Newswatch 16 he's conceding the race, saying he was disappointed by the loss but knew it was an uphill battle. He sends his congratulations to Kosierowski.

Kosierowski will likely be sworn into office in the coming weeks.