SCRANTON, Pa. — Cyclists who ride the Lackawanna River Heritage Trail have been complaining about trash along the riverbank in Scranton recently. “I... 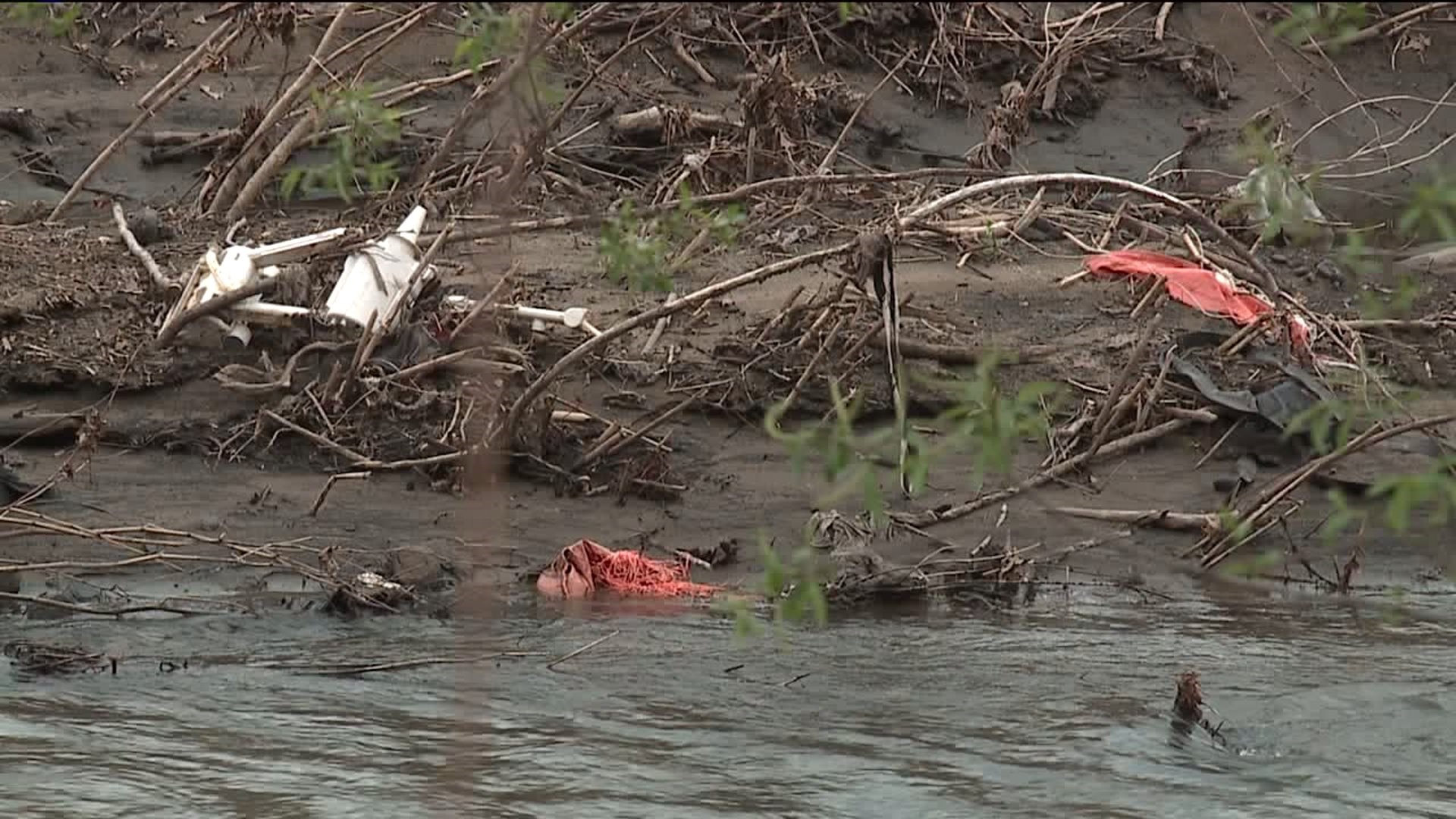 SCRANTON, Pa. -- Cyclists who ride the Lackawanna River Heritage Trail have been complaining about trash along the riverbank in Scranton recently.

"It is an eyesore, so I'm not happy to see it," Richard Goberdon of Scranton said.

Runners and bikers frequent the trail along the Lackawanna River for exercise, but many are complaining about the trash littering the trees and waterfront.

"I think it just spoils the natural beauty of this beautiful trail," said Goberdon.

"There's a lot of trash hanging in the trees, and I'm sure you'll find it if you're going to walk down the path this way. It's terrible," said Alan Ford of Scranton.

So how did all this trash wind up along the river? It all started last April when the Harrison Avenue Bridge was demolished upstream. Since then, heavy rains and flooding dragged the debris from the scene of the bridge project and left it scattered along the banks of the river.

"Back during the flood up at Harrison Avenue, a lot of the water came through there and ended up washing down a lot of the debris that you see down here," said PennDOT spokesperson James May.

Those who frequent the trail say the bare trees make the garbage more noticeable, but May said that's exactly the problem.

"We are dealing with some very dangerous situations here because you have an active railroad on one side, you have a river on the other side, and a lot of this debris is up 20 or 30 feet up in trees hanging over the river," May explained.

"I'm not sure how they would get it out of the trees. I mean, it's up pretty high, 20-30 feet high, hanging over the river, so somebody's got to clean it up," said Ford.

PennDOT is currently working on contracts for removing the debris. The Lackawanna Heritage Valley Authority said the sooner it's removed, the better. Once the trees bloom, it will be more difficult to get the garbage down.

"They should clean it up. It's as simple as that. Maybe they can get guys from the prison, inmates to clean it up, but it's disgusting," said Andrew McDonald of Scranton.

"It is a wonderful investment for the community, and to see it not maintained is horrible."

There is no word when the cleanup project would begin or how long it would take to complete.