Deal in the Works to Buy Snö Mountain, Change Name

SCRANTON — It appears Snö Mountain Ski Resort in Lackawanna County will be sold to an investment group. And look for the recreation area to go back to its... 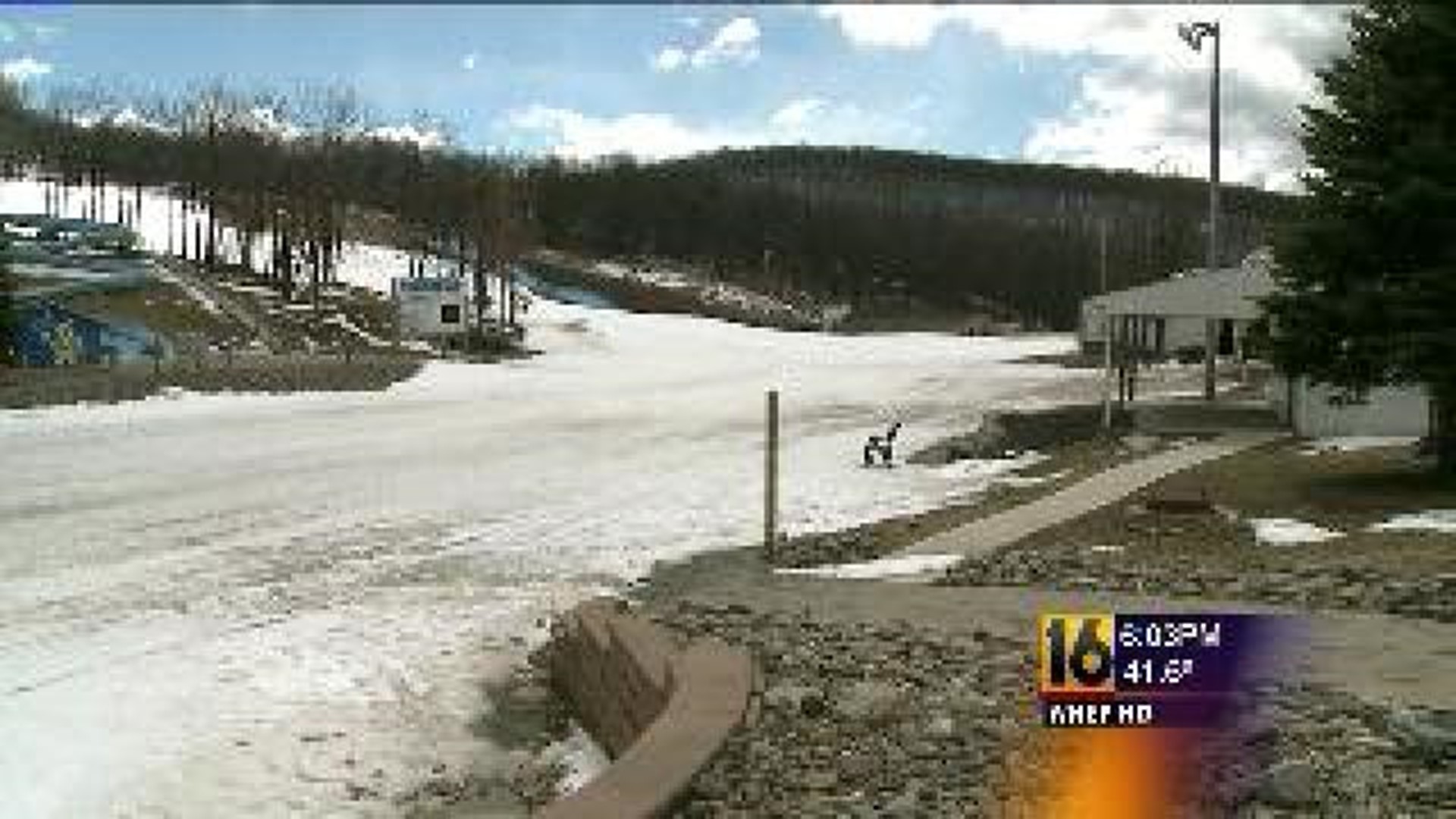 SCRANTON -- It appears Snö Mountain Ski Resort in Lackawanna County will be sold to an investment group. And look for the recreation area to go back to its old name, Montage.

That investment group toured the mountain Wednesday and officials said the signs there will change back to Montage once the sale is finalized and the group pays about $8 million for the ski mountain and water park.

The season's done, the snow's melting, and it seems the speculation is over at Snö Mountain in Scranton. The ski resort filed for Chapter 11 bankruptcy protection last year, was sold at auction, and now may have a new owner and a second chance.

Real estate developer Charlie Jefferson and his group Jefferson-Werner have all but signed a deal to buy the ski resort and water park for about $8 million.

Jessica Kalinoski will manage the mountain. She said the first change will be its name. Once the deal's signed, it'll be called Montage Mountain, as it was for 20 plus years after it first opened.

Kalinoski added that she thinks many of Snö Mountain's problems go back to bad marketing, and she has plans to hire full-time employees to push the place for year-round events.

Charlie Jefferson and his team are already meeting with current employees about what needs to be improved, what works, and what doesn't.

But, it's not just employees who have a stake in whether this place stays open.

"My family has owned this business for thirty years, when it first opened they had excellent marketing and people came from all over the mountain was always crowded, all the time," said Leeann Mitchell of Bear Creek Ski Shack near Snö Mountain.

Mitchell's family opened the business when Montage opened in 1984, and all year they were uneasy about the mountain's fate.

Other businesses that have developed around the resort said the new buyer is a saving grace.

Ryan Alpert is the General Manager of the Hampton Inn in Moosic.

"We're definitely happy and friendly neighbors. Obviously when you have to fill the hotel rooms you need to have more people coming into the market, and I think something like this would do that," Alpert said.

The investment group looking to buy Snö Mountain bought two empty buildings on North Washington Avenue in downtown Scranton over the last few years and converted them into upscale apartments.