A fire at United House Apartments killed one man, injured two others, and forced more than 100 people from their homes. 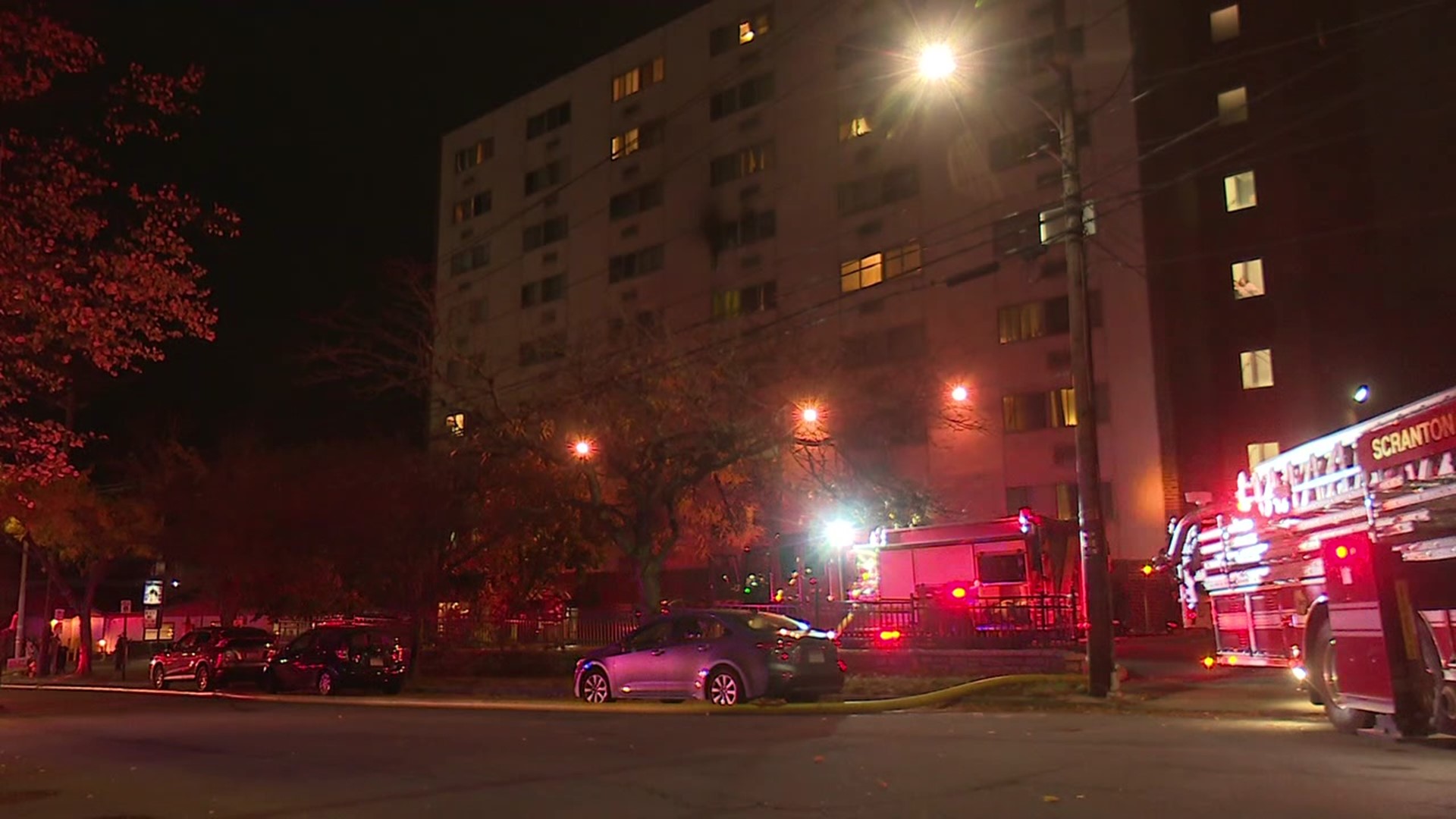 A fire in a sixth-floor unit last night killed one man, injured two others, and forced more than 100 people from their homes.

"It's a tough situation all around and we feel for them. We're going to try our best to do anything we can to help them get back in there," said Acting Chief John Judge of the Scranton Fire Department.

Judge says firefighters rescued the man who lived in the sixth-floor unit, along with his caretaker and another person.

The Lackawanna County Coroner says 63-year-old Joseph Thomas went into cardiac arrest when his apartment set fire. he later died at the hospital.

While fire inspectors investigated, and cleaning crews got to work, residents waited for news inside the cafeteria at Scranton High School, a temporary Red Cross shelter.

The Red Cross says it will remain as long as needed; there's no word on how long some might have to wait to go home.

"I guess I'll stay in the Scranton gymnasium until we can go home, I don't have no other choice," said resident Willie Witherspoon of Scranton."I don't have any family here, I've been here 20 years and I don't have no family here. It is what it is, it's OK, as long as I have my health, I'm OK."

Two other people, including Thomas's caretaker, are hospitalized after being injured in the fire, no word on their conditions.

The specific cause of the fire is unknown, though fire inspectors have said that the fire was an accident.