ARCHBALD, Pa. — Andy Wallace, former chief of staff for the Lackawanna County commissioners, has been charged with indecent assault and harassment over at... 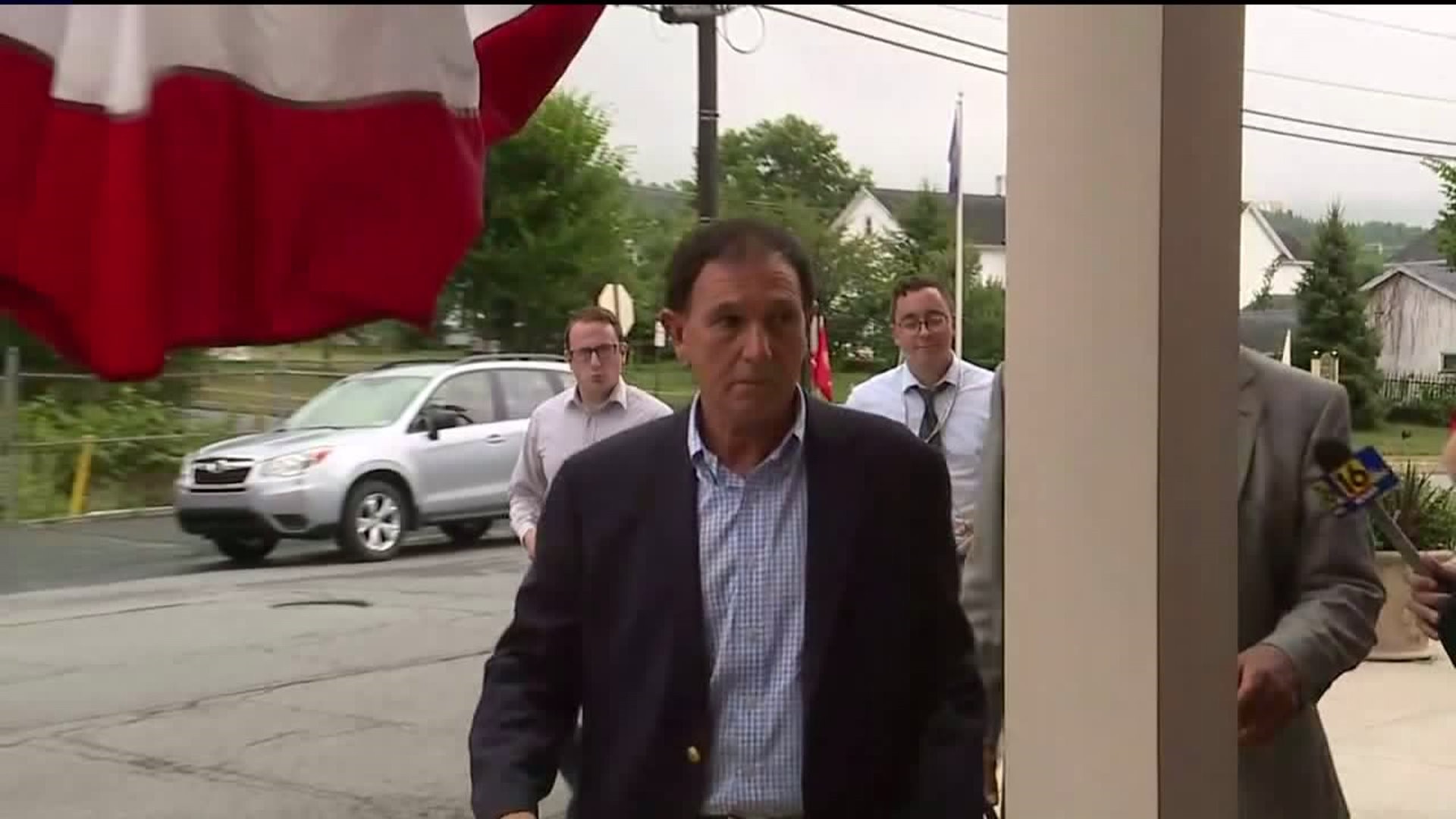 ARCHBALD, Pa. -- Andy Wallace, former chief of staff for the Lackawanna County commissioners, has been charged with indecent assault and harassment over attempts to molest a store clerk in Eynon, according to Lackawanna County District Attorney Mark Powell.

Wallace turned himself in at a magistrate's office Tuesday afternoon.

The affidavit in the case indicates Wallace approached an 18-year-old store clerk at P&R Discount Store in Eynon last month.

Powell said the investigation revealed Wallace had a pattern of approaching Latino clerks who might fear deportation if they didn’t cooperate with his sexual advances. The D.A. said fear of deportation has made it difficult to get victims to cooperate in this and many other cases.

The store manager says the young men would hide in the stockroom to avoid what she called Wallace's aggressive behavior.

Wallace had no comment as he entered the magistrate's office.

Wallace was freed on bail. His lawyer said in court that this is a terrible misunderstanding and not a criminal act.

The first assistant district attorney said a crime was committed against a teen who spoke little English and is not an American citizen.

"Our main concern right now is to ensure that if there's anybody else out there that believes they were the victim of Mr. Wallace to please call the Lackawanna County district attorney's office. We have a full-time Spanish interpreter on staff, and we will address any concerns with the federal authorities that they may have regarding any immigration or deportation concerns," said Lackawanna County First Assistant District Attorney Judy Price.

Wallace resigned last month after Archbald police posted surveillance photos online of Wallace. The police were asking for information about what was labeled as an "incident."

Wallace was named chief of staff in January of 2016 after some confusion about who would hold the job. Wallace moved in as another agreed-upon chief moved out. Evie McNulty believed she had the job. Her business cards were printed and her office unpacked.

But Commissioners Pat O'Malley and Laureen Cummings chose Wallace instead.