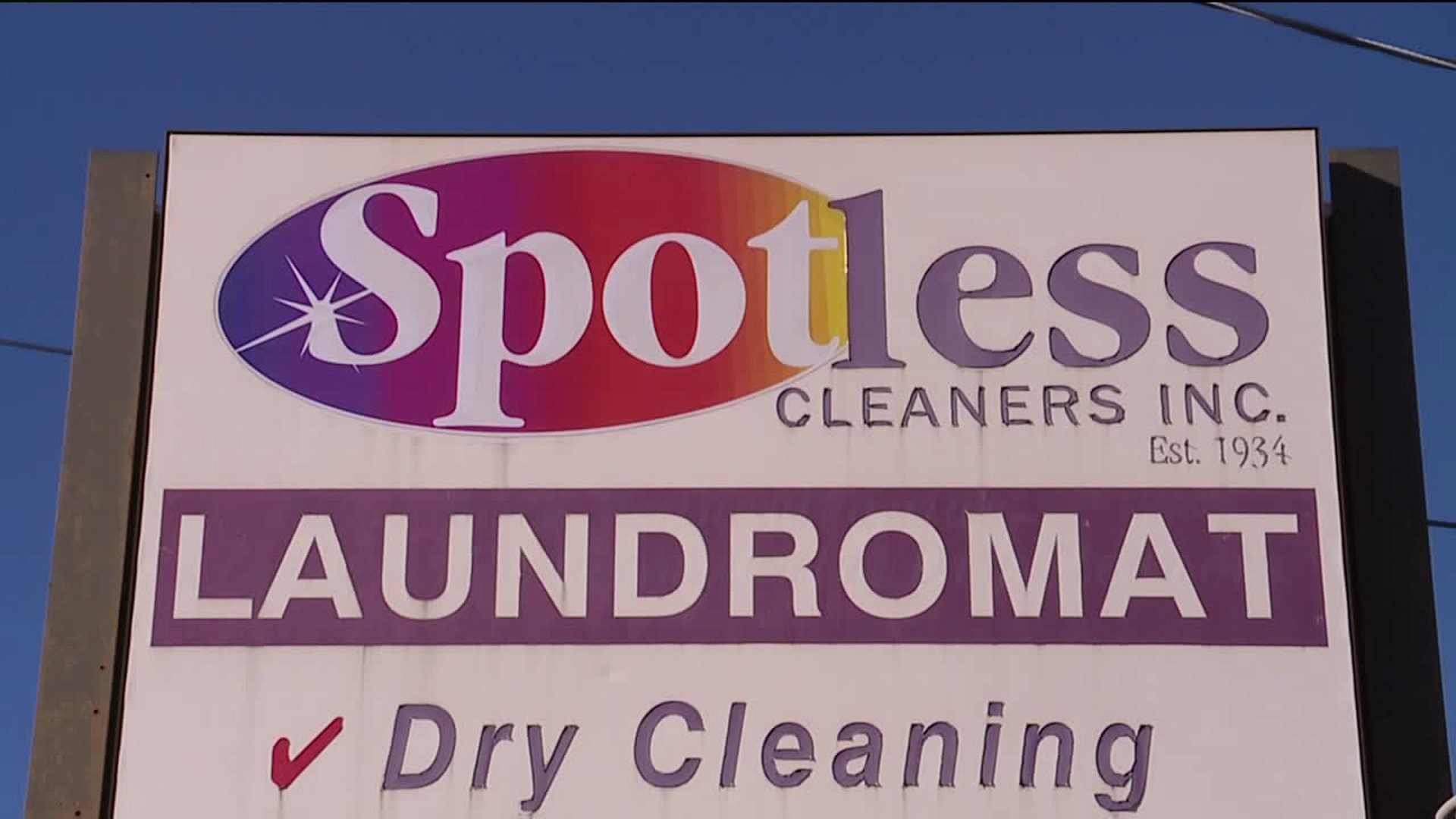 LACKAWANNA COUNTY, Pa. -- Customers and former workers at Spotless Cleaners -- a chain of dry cleaners in Lackawanna and Wayne Counties -- claimed they were getting cheated, and after a Newswatch 16 investigation, a criminal investigation was launched.

A month after our first story aired, several customers say Spotless still has not returned their clothes.

Those calling to complain can't get through.

The business seems to be on the ropes. Its fleet of delivery vans has been repossessed.

If you call a Spotless Cleaner in Lackawanna County, you'll hear that the number is out of service.

Customers who dropped off clothes for dry cleaning and storage months ago still can't get them.

Elizabeth Martin of Scranton is fighting cancer. She's also battling Spotless Cleaners for the return of a fur coat with sentimental value.

"October 26, since I've been trying to get my coat," said Martin. "It was like 'Your coat's here, your coat's there, we're getting your coat, your coat's on the truck.' It was lies."

A dozen former Spotless workers are fighting to get paid. They claim the company stiffed them out of their paychecks last year.

"This was a deliberate attempt to defraud these people of their wages that are due and owed them," said attorney Ernie Preate.

"It's absolutely essential to send a message who are ripping off employees who work for them to stop it," Preate said.

"I stopped calling Spotless for my pay about a month ago," said Patricia Smith.

Former Spotless clerk Patricia Smith says the when she quit after not getting paid for two weeks, a company manager accused her of stealing -- a frightening accusation for a woman trying to rebuild her life after being released from jail.

"They called my state parole agent and told them I was stealing from them that's why I was no longer employed there."

We tried to get a comment from Spotless' regional office in Scranton.

At the Dunmore outlet, lights were out in the room with dry-cleaned clothes and uniforms.

But people cannot pick up their clothes. The customer service window is shut, and the only part of the Dunmore outlet operating is the laundromat.

In Scranton, Elizabeth Martin called police who said her coat was among more than 100 at a storage facility in Monroe County.

"I was fearing that they were selling it out of a van in New York City."

As our interview wrapped up, a woman identifying herself Spotless' regional manager delivered Martin's coat.

Not everyone dealing with the dry cleaner has been satisfied. One customer has filed a civil suit against the dry cleaners, and those former workers who claim they were not paid for their work fear the cleaners have no accurate record of how much they made or had deducted for income taxes.