Crowdsourcing to Save The Wandering Hen

SCRANTON, Pa. — A restaurant in downtown Scranton is a few months shy of its first anniversary but in danger of closing. In an effort to save The Wanderin... 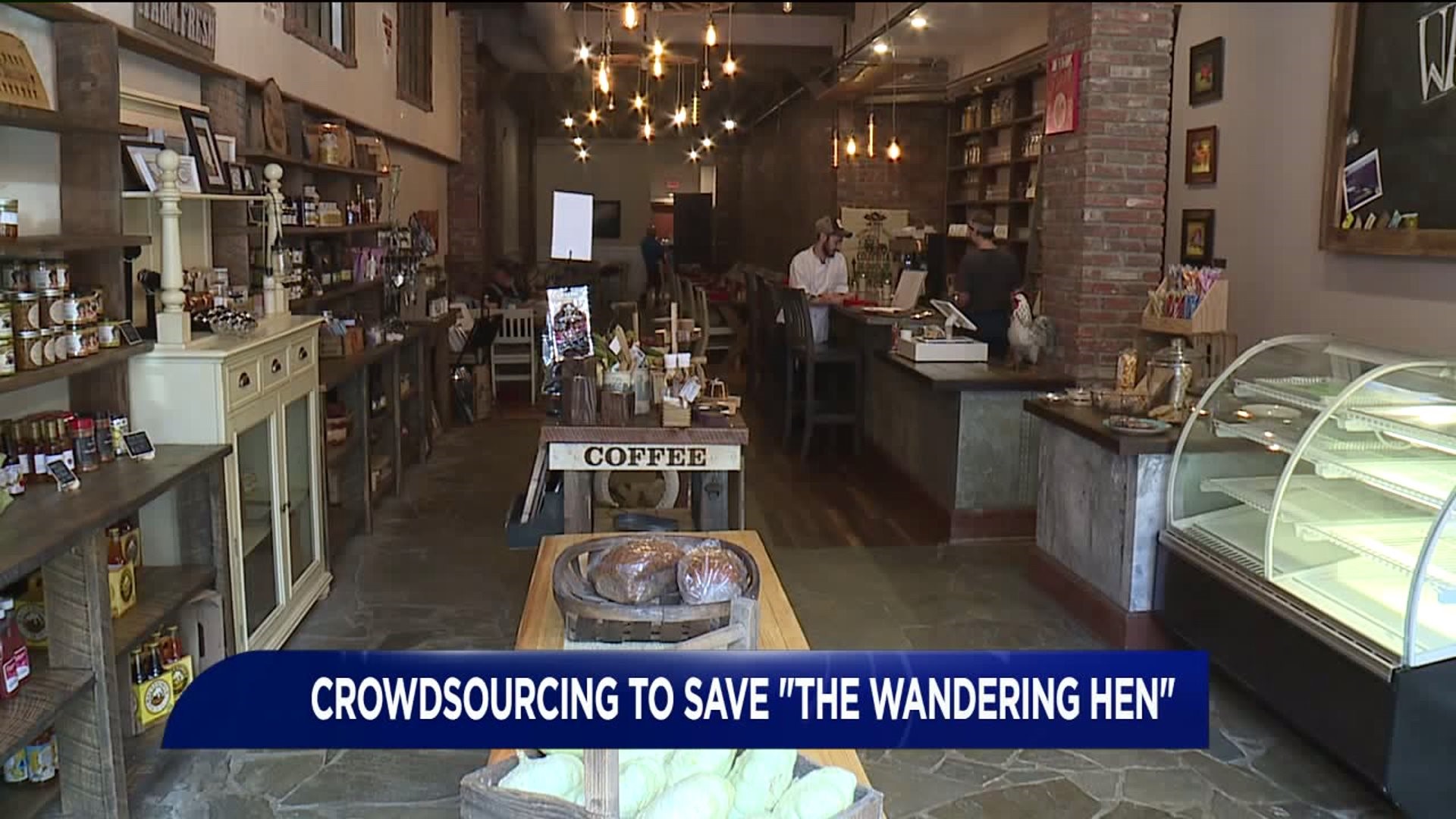 SCRANTON, Pa. -- A restaurant in downtown Scranton is a few months shy of its first anniversary but in danger of closing. In an effort to save The Wandering Hen, its vendors and customers are trying to raise money online.

You may have heard of GoFundMe pages online to support someone who is sick or to raise money for charity. A crowdsourcing campaign to support a business, however, is a bit unusual.

But when the owners of The Wandering Hen said they were struggling to keep the business open, its vendors and customers turned to the internet for help.

The owners of The Wandering Hen transformed a long-empty storefront on Penn Avenue in Scranton last year with an unusual concept: part restaurant, part farmers market, selling food and gifts from about 50 other local businesses.

But the concept has been slow to take off.

"The response hasn't been quite what we expected," said James Bolus. "We thought we'd be a little busier. We thought we'd capture more of the business people downtown for breakfast and everything. It hasn't really caught on yet, but I feel like we're really close to turning a corner, so it would be nice to see it make it through the first year."

One of The Wandering Hen's vendors set up a GoFundMe page this week to help the business raise the $17,000.

The place needs to catch up on rent and other bills.

"She started the page, kind of as a surprise to us. It was kind of nice to see that support and it looks like a lot of people are reacting well to it," said Bolus.

The 300 block of Penn Avenue may have seen more business development than any other block in downtown Scranton in the past few years. Most of the businesses are new and most of the business owners here will tell you that getting through the first year is the hardest.

"The first year is hard. We were the first ones open. We were there before the AV. When my landlord Art Russo showed me the building, there was boards on it," DeAntona recalled. "And we gave it a chance. I prayed to the chance gods that day and it worked. We're there four years now, and it's an amazing block, and it's only getting better and better."

The other business owners say they all support each other, some taking that literally by donating to The Wandering Hen's GoFundMe page.

They say if one business fails, it hurts them all.

"We all help each other here. I think as one person opens on this block, it just brings more and more people here. It is good and I hope they don't leave," said Amanda Gentile, Giving Tree Wellness Center.

We spoke with the vendor who started the online campaign. She told us she thought The Wandering Hen deserved the boost because it also supports dozens of other local businesses,