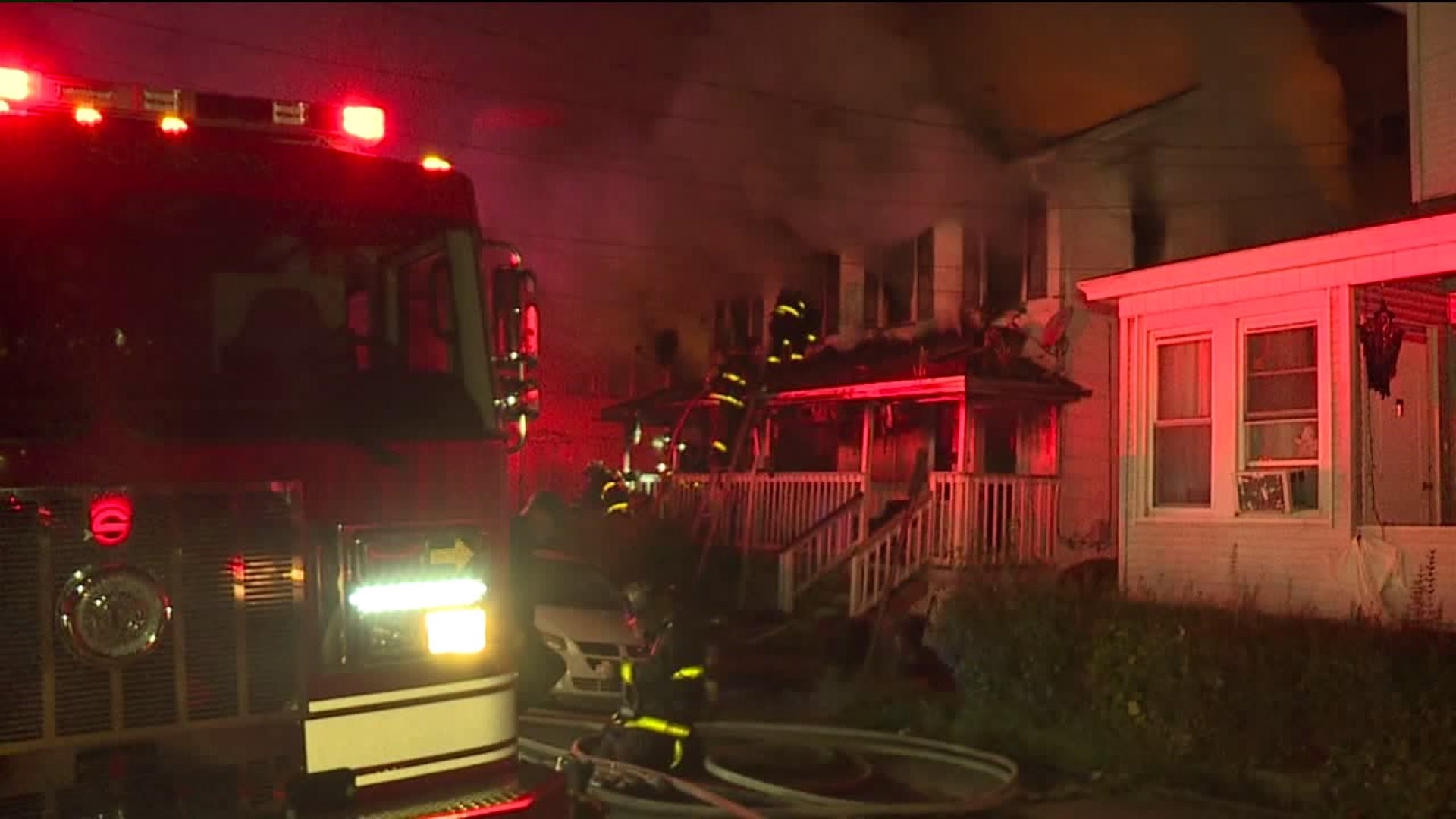 Flames shot through windows, doors and the roof and enormous cloud of smoke seen throughout the city.

Soon, the alarm went out and all fire crews were pulled out of the home because it was too dangerous to stay inside.

"Absolutely, a lot of flame. All sides of the building, even the other side from where we are standing now," said Rev. Cyril Edwards of Scranton describing the scene.

A man and woman who live on one side of the home said it was around 5 a.m. when they noticed the smoke coming from their neighbor's side.

"I went to bang on the wall to let her know and by the time I came outside to call 911 she was outside screaming and yelling and said her son was trapped in the house," the woman said.

"I just grabbed something to keep me warm and I got out! It happened too fast, too fast. I lost everything, everything," said Torray Smith of Scranton.

A neighbor said he too heard the woman's cries for help.

He broke a window trying to get inside the save her 13-year old son.

Investigators continue to search for the missing boy. 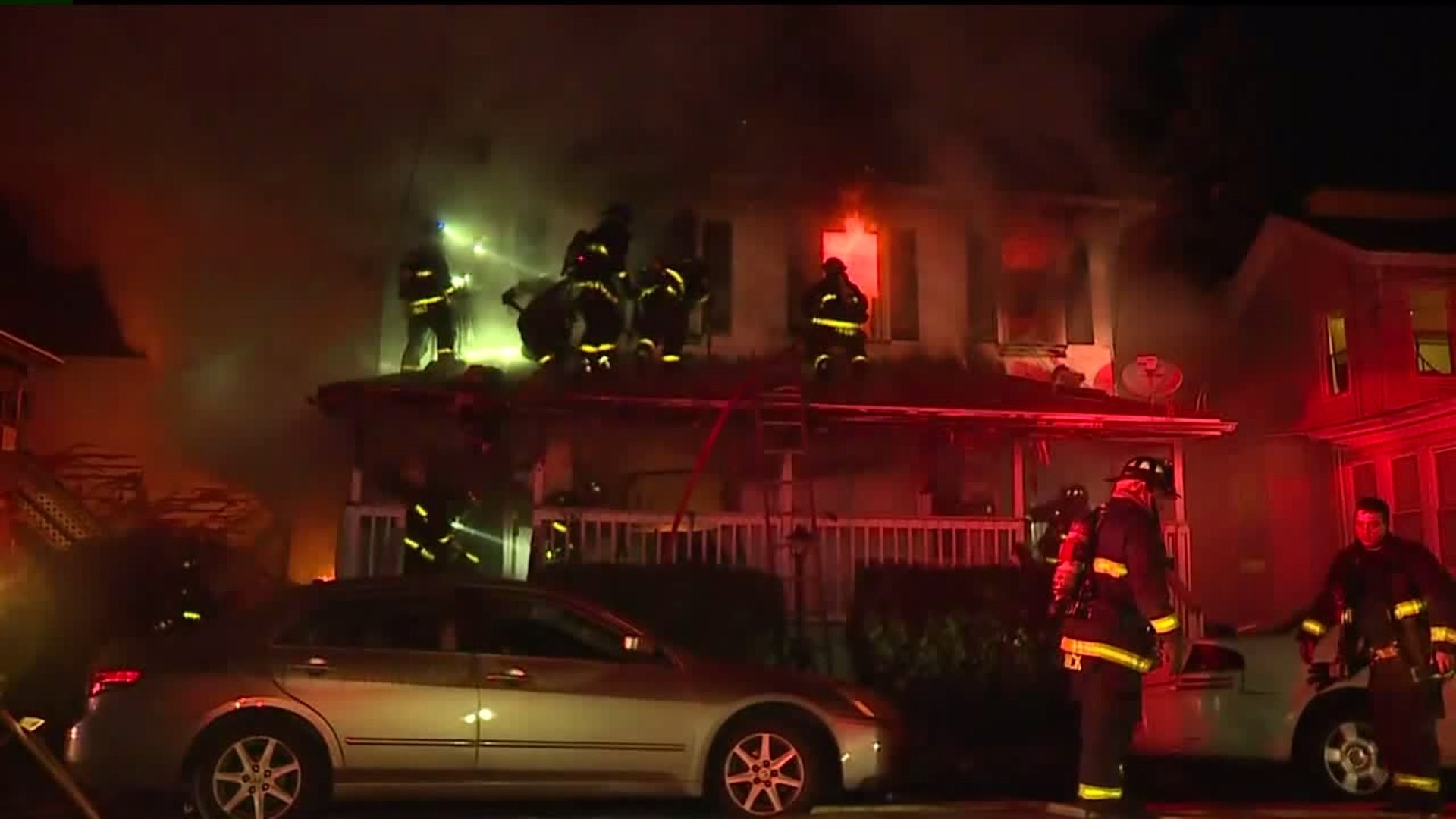 Too dangerous to go inside, crews battle Scranton blaze from outside @WNEP pic.twitter.com/iTaCENgLoL