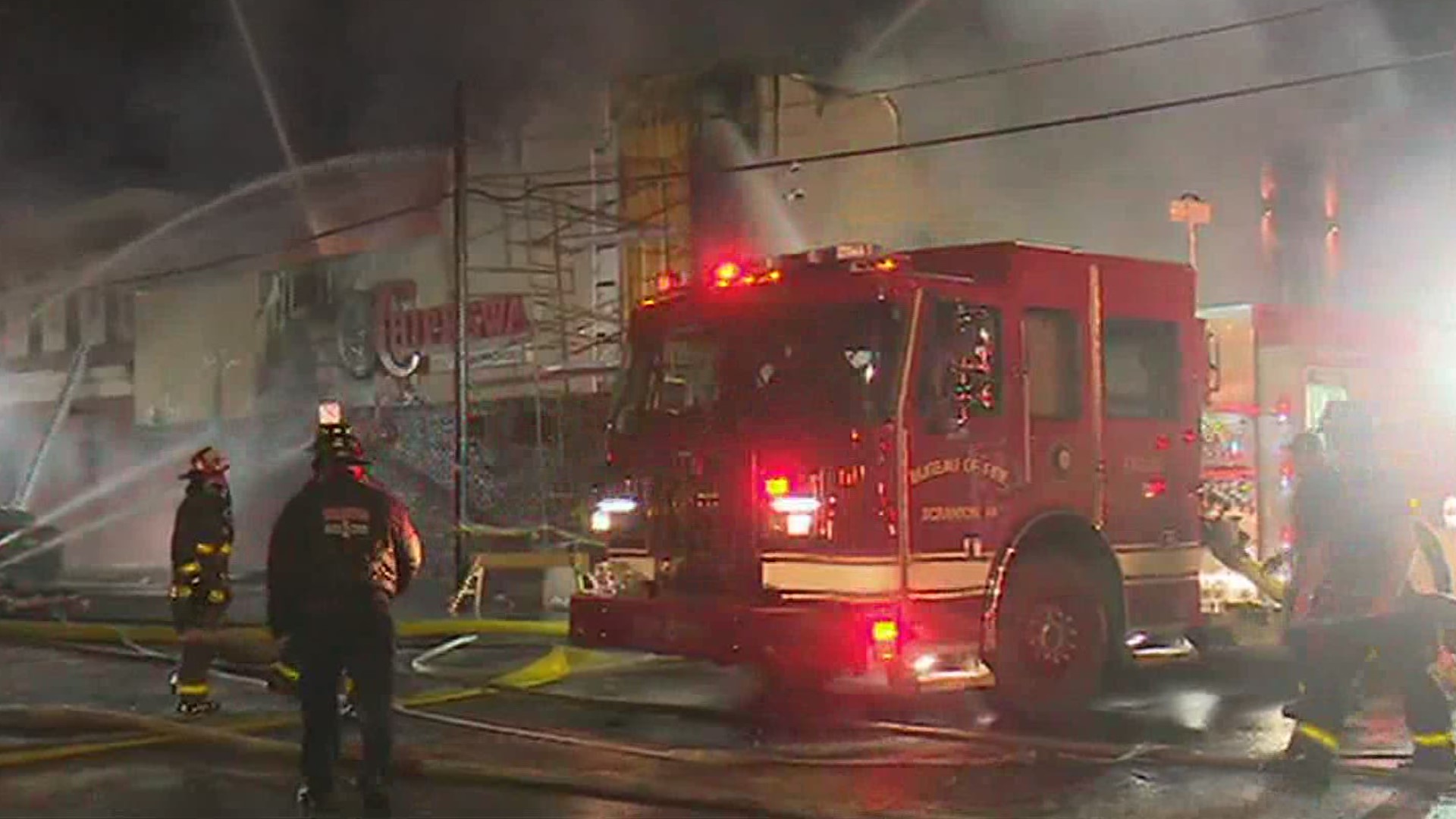 A fire broke out on the corner of Penn Avenue and Linden Street in downtown Scranton Saturday night.

The first alarm came in around 8 p.m. Flames tore through the building that houses Plotkin Shoes.

A building next door that houses apartments and restaurants was evacuated.

Newswatch 16 spoke with the owner of an adjacent restaurant.

"It's hard to put into words. We heard that it was happening, and all of our wonderful friends on Penn Avenue who we've become like family have let us know. We came up from Pittston, and it's very scary. I'm happy nobody got hurt, and that's really what's important," said Eugene Philbin, owner of Peculiar Slurp.

"It's terrible. It's devastating. It's freezing out here. It's Christmas time, and luckily I'm hoping I'll be OK, but someone is going to have a bad Christmas this year because of this," said neighbor Whitney Wooten.

The shoe store has been in the Plotkin family for three generations, according to its Facebook page.

Smoke billowed for hours after that first alarm came in.