A woman is dead after a fire early Tuesday morning in Carbondale. 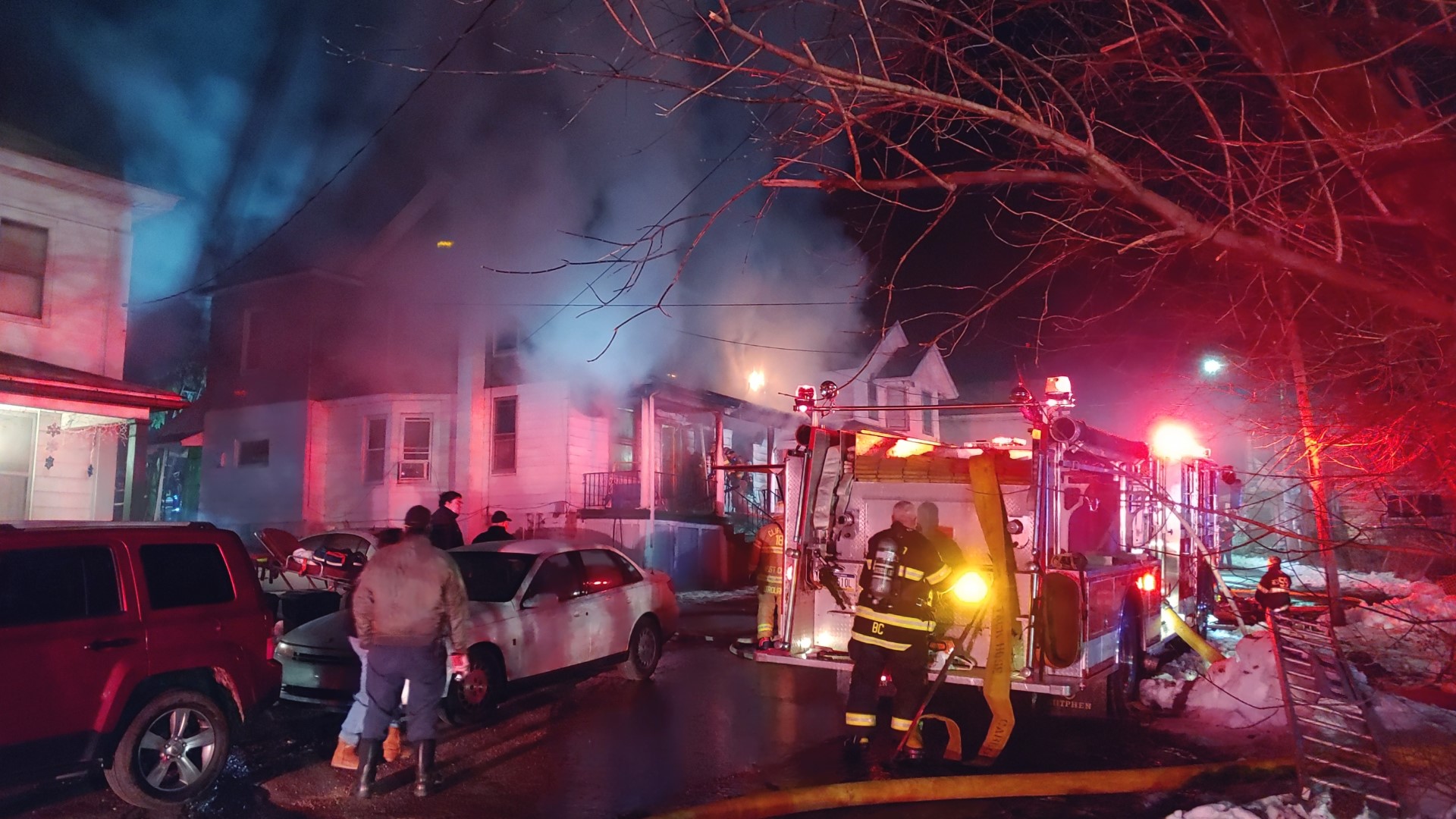 CARBONDALE, Pa. — A woman is dead after a fire early Tuesday in Lackawanna County.

The flames started around 5:30 a.m. Tuesday on Williams Avenue in Carbondale.

"I was woken up by our back door being smashed in and our neighbor telling us the house was on fire, and he got us out. And if it wasn't for him, we wouldn't be alive," said fire victim Donna Parson.

Parsons says she, her husband, and their two children escaped, but the worst of the fire was in the neighboring unit of the double-block home where Donna's mother-in-law lives.

"We're very grateful that we got out, but we couldn't get our mother-in-law. We tried, we did."

Rose Boyles, 58, died in the fire. Firefighters found her in a second-floor bedroom.

Boyles was a mother of eight who adored her many grandkids, both biological and adopted.

"She was a great person; she really was. She was kind of the glue that held our family together."

The family is also looking for seven pet cats that went missing in the fire. The family is being helped by the American Red Cross.

Neighbors have collected clothes and supplies, and a GoFundMe page has been set up.

The family has established a GoFundMe page to help with funeral expenses.

"We'll get through it," Parsons said. "We just need lots of prayers. Our community is awesome; they all helped us."