Crash in Construction Zone on Interstate 81 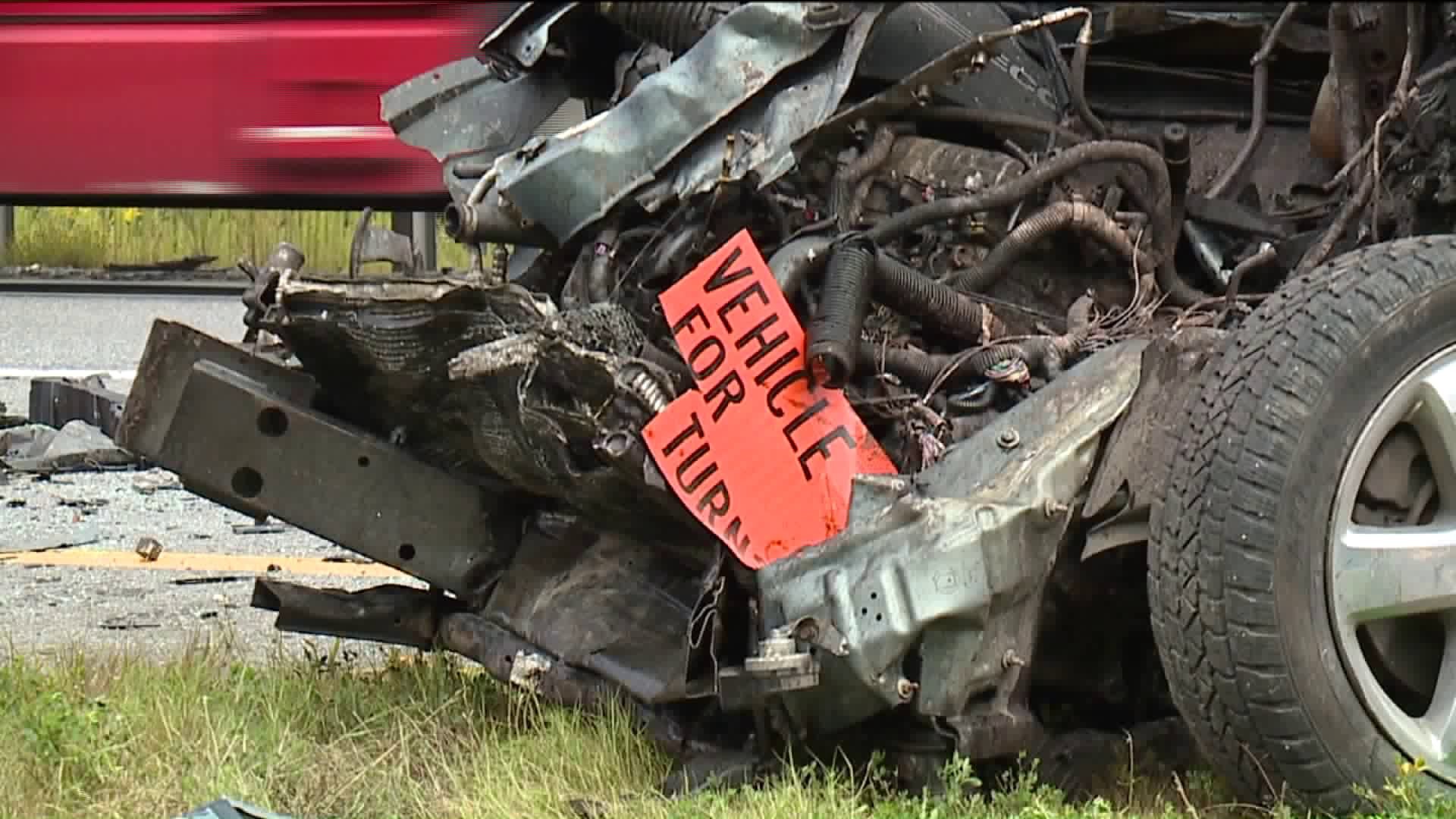 BENTON TOWNSHIP -- Emergency crews responded to a crash in a construction zone on Interstate 81 in Lackawanna County.

It happened on Interstate 81 north near the Susquehanna County line after 11 a.m. Wednesday.

Authorities said a driver slammed into a contractor's van in a road construction area.

Firefighters had to pull apart the Pontiac to get the woman driving it out and into an ambulance. First responders believe she crossed into a closed lane of Interstate 81 north in a construction zone ahead of a bridge project farther north.

"When I pulled up on scene, the one person was trapped heavily in the car, and the vehicle that was in the construction zone, the driver of that was laying in the median strip," said Dave Duchnik of Duchnik's Towing.

The construction worker was parked in a van, lights on, in the left lane. The collision caused him to be thrown from the van's open door. His coworkers say he was hurt but is expected to be OK.

Half of the warning sign on the back of his van laid in the road after the crash, the other half wedged in the Pontiac's grill.

"Basically, it's just another thing that somebody wasn't paying attention in a construction zone," said Duchnik.

"From what they said, she didn't slow down. She hit the van and, like Dave said, it's the 'Move Over Law.' If you see lights, you're supposed to move over, whether they're yellow, whether they're blue, whether they're red, it's just too common anymore," said Scott Township Fire Chief Matthew Pritchyk.

First responders say this speaks to the risks of working on the highway and how important it is for drivers to slow down in construction zones.

"We take our lives out there every day and try and do the best we could and hopefully we all come home safe," Pritchyk said