SCRANTON, Pa. — Former Scranton Mayor Bill Courtright’s career is over just a year and a half into his second term after his resignation and guilty ... 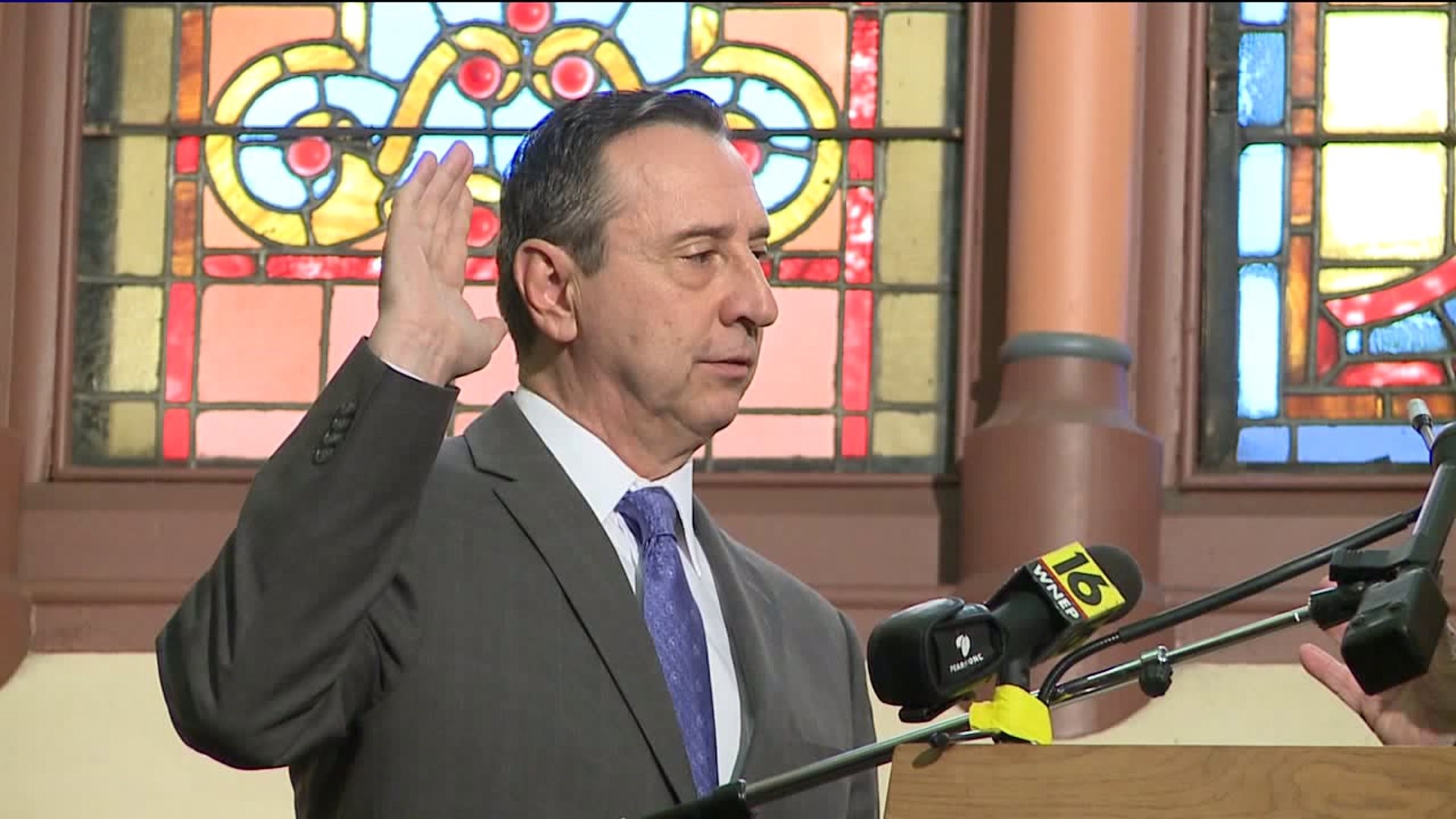 SCRANTON, Pa. -- Former Scranton Mayor Bill Courtright's career is over just a year and a half into his second term after his resignation and guilty plea on corruption charges.

Courtright's road to City Hall started on Primary Election Day, 2013. We caught up with the then-Scranton tax collector at his polling place along North Keyser Avenue in Scranton.

Courtright came out on top in a four-candidate race.

In the general election five and a half years ago, Courtright gave his reason for wanting to become mayor of the city of Scranton.

"It sounds cliched, but I love this city. I don't want to see it go under. I'm a hard worker. I've never backed away from a challenge, so I'm going to give it my best shot and bring the city back. Not me, but all the people in the city," Courtright said in 2013.

Courtright cruised to victory over opponent James Mulligan. It was then on to the mayor's office, beginning with inauguration day in January of 2014.

"Our problems are large, but our shoulders are big. Our capacity to solve them is ready for the task," Courtright said at his inauguration.

Four years later, Courtright found himself unopposed in the 2017 primary, and it was déjà vu in that year's general election.

His opponent was once again James Mulligan. The margin of victory was smaller than it was four years previously, but the result was the same.

But Bill Courtright will not see his second term completed, and unlike his last two predecessors, there will not be a third term after resignation in disgrace, and pleading guilty to corruption.