SCRANTON, Pa. — A sculpture that’s been a part of downtown Scranton’s Courthouse Square will soon be on the move. Lackawanna County officials ... 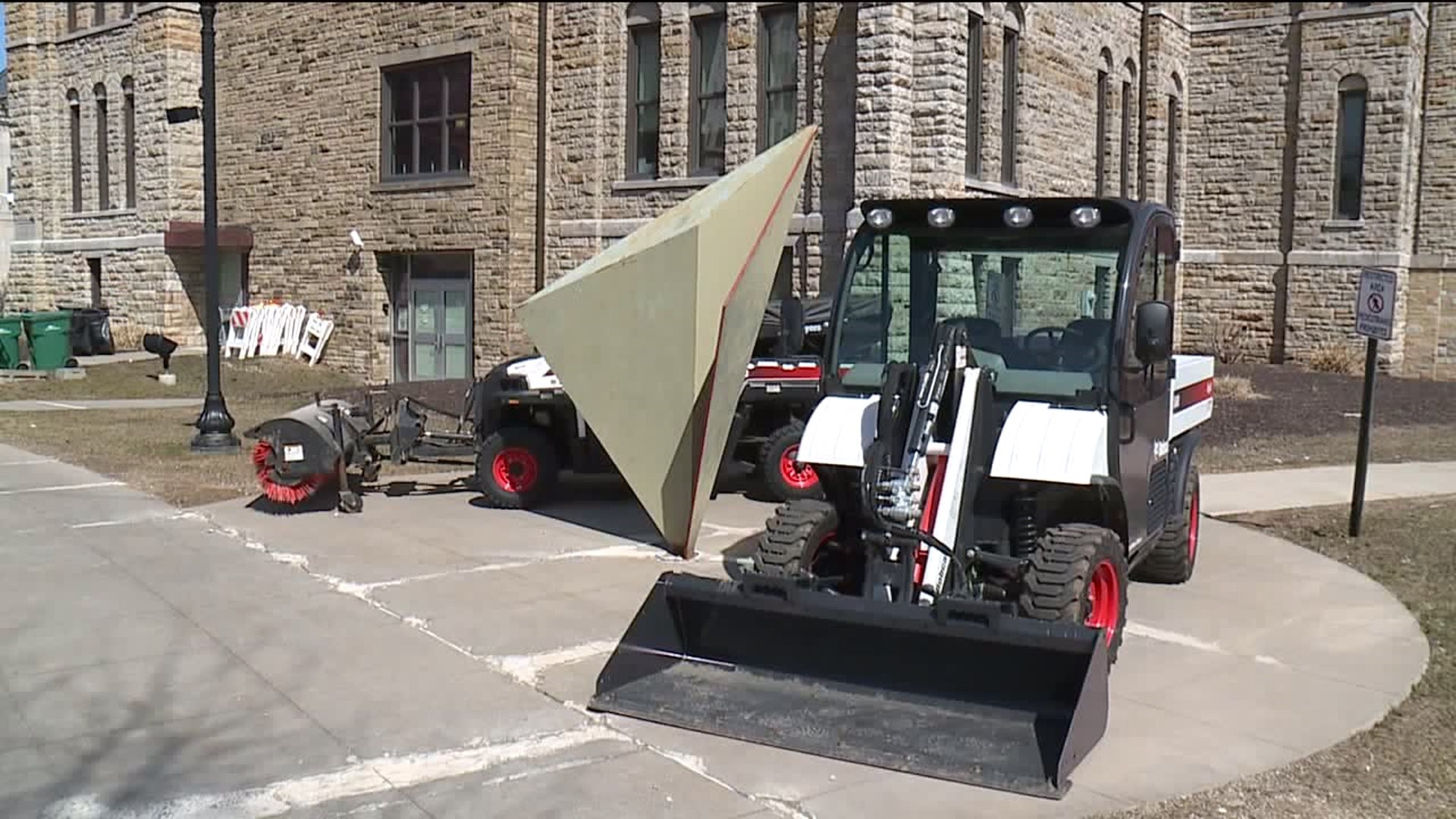 SCRANTON, Pa. -- A sculpture that's been a part of downtown Scranton's Courthouse Square will soon be on the move.

Lackawanna County officials are opting to move the sculpture to a new location for the public's safety, and also to restore the work of art to its former glory.

The sharp edges of the sculpture called "Red Wing" have been a concern.

Now, Lackawanna County Commissioners plan to move Red Wing from its spot along Spruce Street. The move and a restoration of the sculpture are expected to cost $48,000.

Lackawanna County Arts and Culture Deputy Director Maureen McGuigan told Newswatch 16 she understands why some might scoff at that price tag, but the amount of the bid was expected.

"It's a huge sculpture, and it was actually the lowest [bid], the highest was three times as high. And it's a local firm, so it's economic development. There will be other people involved," McGuigan said.

The sculpture will be moved to the Everhart Museum in Nay Aug Park in Scranton. County officials say here it will be a little less out of the way and maybe a little bit more appreciated.

"We think more people will be able to see it and enjoy, it kind of gets lost here on the square," McGuigan added.

"It's our heritage. Hope lived here. She worked here. She taught many people. She has several pieces in the area. So, now we have a local artist who is living and working and thriving here who will restore it. That's a really nice connection," McGuigan said.

The artist doing the restoration expects Red Wing will be ready for its new home later this year.