SCRANTON — The Lackawanna County sheriff says his office and the names of his own deputies are being used in a telephone scam that kept his staff busy all... 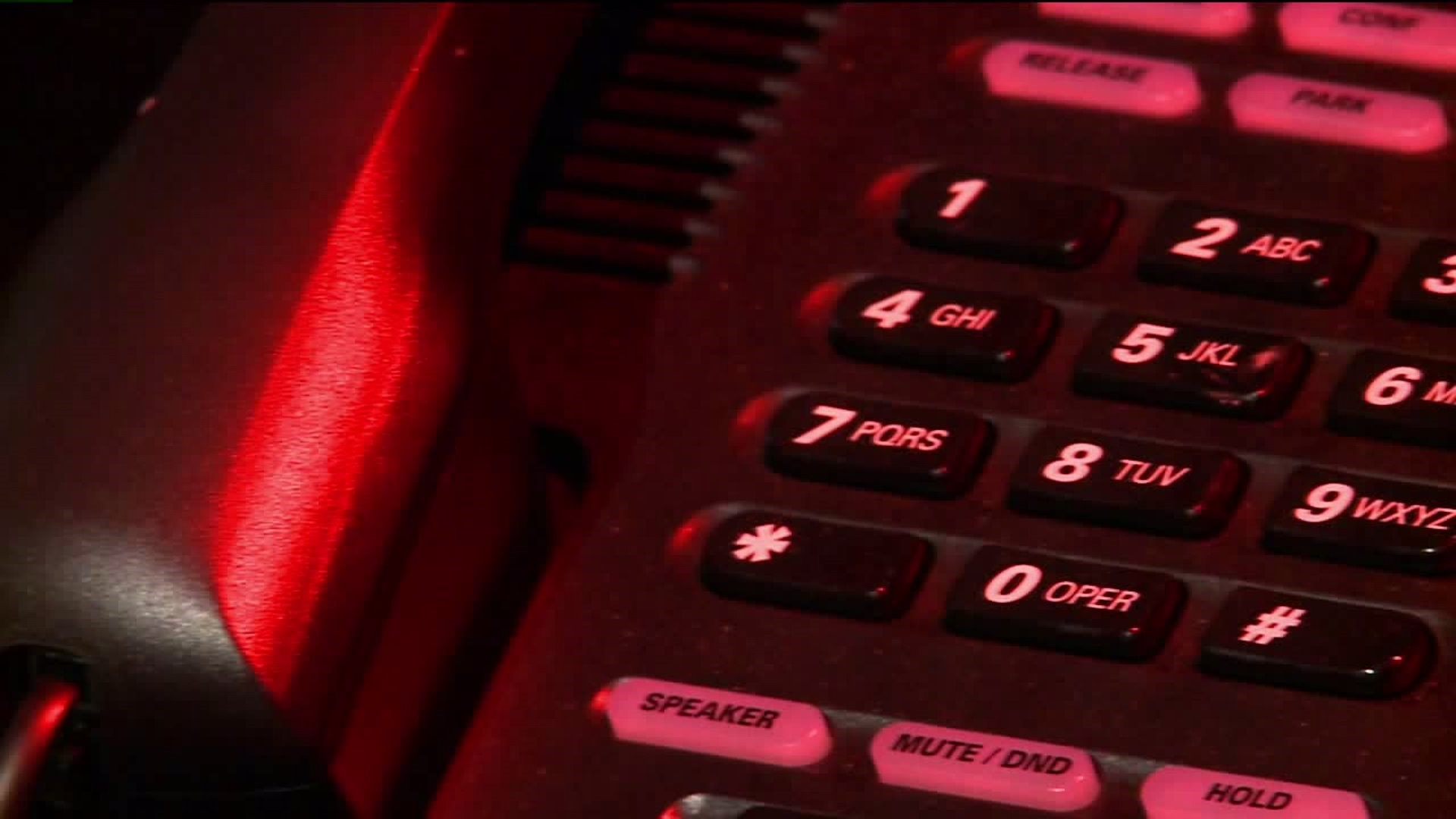 SCRANTON -- The Lackawanna County sheriff says his office and the names of his own deputies are being used in a telephone scam that kept his staff busy all day.

Lackawanna County Sheriff Mark McAndrew says this may be the most convincing phone scam out there.

The caller ID shows the 570 area code. When you call the number back, a recording sounds just like a legitimate county directory.

And crooks were almost successful in stealing thousands from some very smart people.

Dr. Mark Cruciani is a rheumatologist. Tuesday afternoon, he got a call at his office on Wyoming Avenue in Scranton from someone claiming to be a Lackawanna County sheriff's deputy.

The caller claimed Cruciani needed to pay a $1,000 fine for missing a court date.

"They told me I was going to get charged criminally. And I could get my driver's license taken away for a year and could go to jail for 12 months," Dr. Cruciani said.

"This is a scam," said Lackawanna County Sheriff Mark McAndrew. "Do not fall for it. Do not give out any information over the phone."

Sheriff Mark McAndrew says his office got more than a dozen calls on Tuesday.

When we called back the scammer's number, it sounded real. This bogus directory continues to ask the caller if they want to talk with the court administrator or warrants department and more.

Sheriff McAndrew believes out-of-town scammers are getting deputies names online. He worries the ploy is so professional, many elderly people will pay up, fearing deputies in Lackawanna County will arrest them.

After all, this scam confused a doctor.

"I had no reason to doubt it," said Dr. Cruciani.

The targeted victims of the scam included a doctor and three dentists. The sheriff says it shows the crooks are confident.

He adds that when real deputies contact people over missed court dates, they never discuss how much people owe or where they should bring their money.